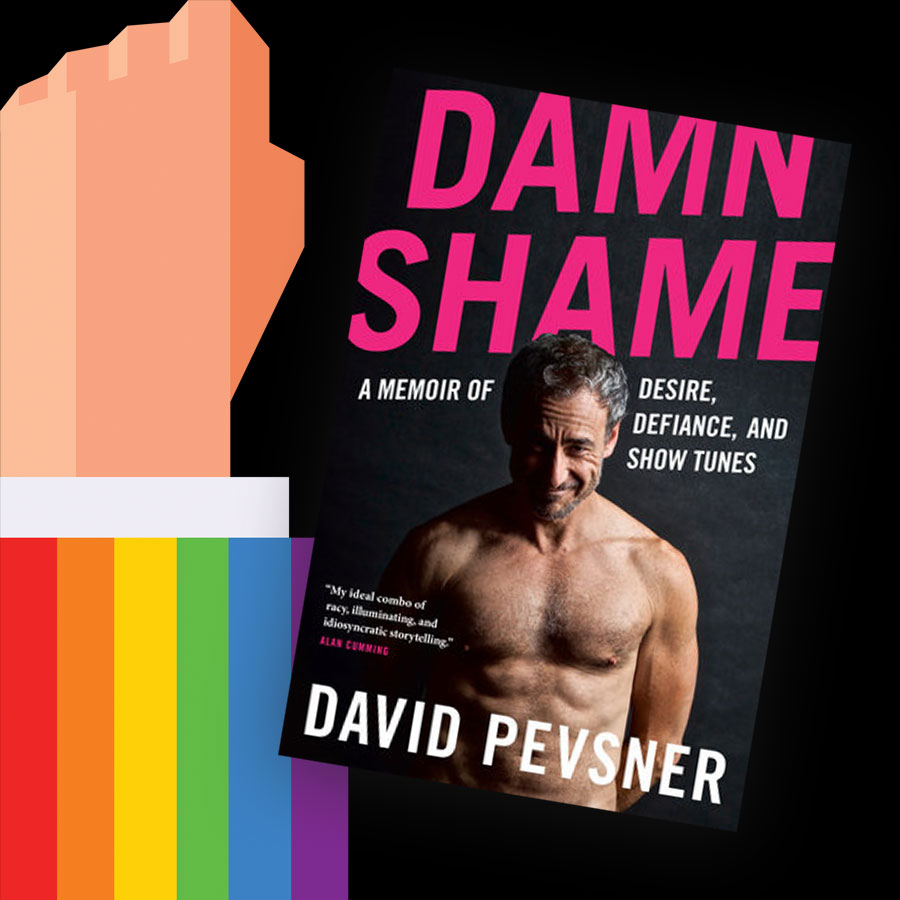 With his new memoir 'Damn Shame: A Memoir of Desire, Defiance, and Show Tunes,' David Pevsner says he hopes to show readers how invasive and hurtful shame can be in their lives. Photo: Medesulda/Getty Images

How does a “skinny, ugly Jewish kid filled with shame” become one of the few men in their 60s with a page on the risqué social-media platform OnlyFans? David Pevsner explains it all in his memoir Damn Shame: Desire, Defiance, and Show Tunes.

Pevsner’s engaging, often explicit memoir, which comes out Jan. 11, charts his decades as an actor, songwriter, male escort and advocate for mental and physical health. It wasn’t until he started his “workout journey” in the late ’80s, as a member of the touring cast of South Pacific, that he had the confidence to visit bathhouses and embrace his identity as an out gay man.

As he writes in the book, the AIDS epidemic spurred bathhouses across America to educate patrons on safe sex, providing condoms, educational material and a safe place for gay men to connect. It was the first time Pevsner understood that shame was something imposed by the outside world. It wouldn’t be the last.

Damn Shame charts Pevsner’s life as “a little gay boy under construction” in the Chicago suburb of Skokie, to New York City, where the 23-year-old Carnegie Mellon theatre graduate arrived in the early ’80s. He built a career as an Off-Broadway actor and eventually branched into songwriting, while channelling his sexual energy and physical fitness into a side gig as a male escort. Anecdotes about how miserable he was at a kibbutz-style Jewish summer camp give way to stories of gleeful self-discovery — the exhibitionist impulses that made him feel so uncomfortable as a youth became essential to his self-assurance as a sex worker — and the book is a testament to his rejection of shame.

“As far as I’m concerned, the anti-shame is confidence,” he says, in a telephone interview from his home in Los Angeles. Pevsner’s determination to live an open, honest and sexually fulfilling life, even as he aged, grew alongside his acting career.

It meant learning to shake off decades of internalized self-loathing about his body and his desires. At 63, Pevsner is still fit, still sexually active and still posing nude online.

His OnlyFans page, where Pevsner posts racy photos — some of which appear in the book — might come as a surprise to those who only know him from decades of television work. He’s appeared on everything from Grey’s Anatomy and Criminal Minds to Modern Family and I’m Dying Up Here. (“I play a lot of doctors,” he deadpans.)

But his sexual life has long been a part of his stage work, from the songs he wrote for the long-running revue Naked Boys Singing! to his two one-man shows — the most recent of which, Musical Comedy Whore, was released as a movie last year. (Amazon Prime Video in the U.S. demanded the title be changed to the more family-friendly Musical Comedy Stud; in Canada, it can be found under its original title on the streaming service Tubi.)

At first, Pevsner was worried  a memoir like Damn Shame might be too niche; that his stories about working as a nude housecleaner or trying out for a spot in a monthly travelling sex party wouldn’t connect with people who didn’t know him personally. But that hasn’t been the case.

“I’m taking an acting class, and the teacher lets me read excerpts from the book,” he says. “And it’s mostly women in the class, and they love it! From the sweet ‘Young David’ stuff to the more explicit ‘I’m An Escort’ stuff, they are fascinated. They say things like, ‘I’ve never been a hooker but I’ve felt this,’ or ‘My husband treats me a certain way and I don’t like it,’ or ‘I feel shame about my body.’ Age and sex are polarizing subjects, especially in America.”

There’s one thing Pevsner wants readers to take away from Damn Shame, in addition to piquing their interest in his web presence and his one-man show.

“Don’t sit in your shame,” he says. “See what you can do to get past it, because it’s invasive and it’s hurtful and it affects your life, your work, your relationships. How much nicer is it to live a life with confidence?”