“Send It To Me”: The Rolling Stones Honoured With Royal Mail Stamps Ahead of 60th Anniversary 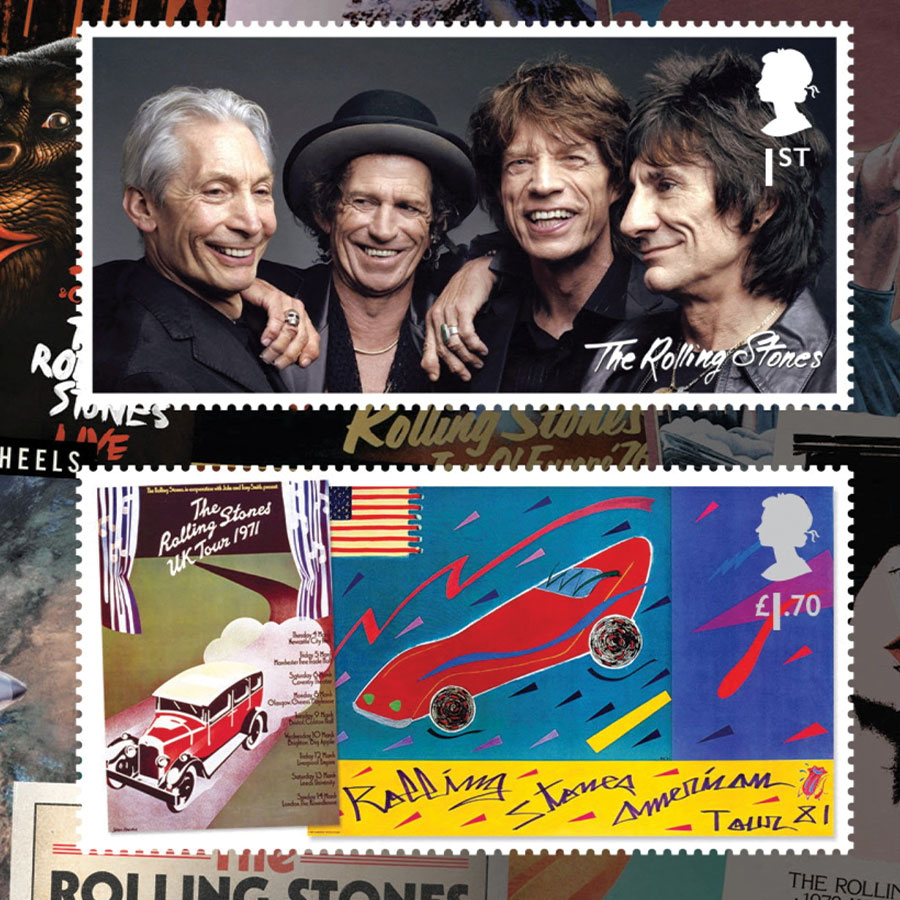 The Royal Mail is honouring The Rolling Stones with a set of 12 stamps marking the band's 60th anniversary this year. The stamps include portraits of the band as well as iconic posters from selected world tours (above). Photo: Royal Mail/Handout via Reuters

The Rolling Stones are being honoured on new British stamps, with a dedicated set featuring their performances worldwide as the legendary rock band marks their 60th anniversary this year.

Britain’s Royal Mail said on Tuesday it will issue a special set of 12 stamps “as a tribute to one of the most enduring rock groups of all time.”

The other four stamps are presented in a miniature sheet and feature two images of the band all together, and two of posters for their global tours. Watts died last year, aged 80.

“Few bands in the history of rock have managed to carve out a career as rich and expansive as that of the Rolling Stones,” David Gold, Director of Public Affairs & Policy at Royal Mail, said in a statement.

“They have created some of modern music’s most iconic and inspirational albums, with ground-breaking live performances to match.”

Formed in 1962, the Rolling Stones are one of the world’s most successful and long-lived rock bands, selling more than an estimated 240 million records worldwide and picking up numerous awards, including three Grammys, along the way.

The Stones‘ oeuvre, rooted in American blues and rhythm and blues, has yielded hits like “(I Can’t Get No) Satisfaction” and “Sympathy for the Devil” from their peak 1960s and 70s era but also curios like the reggae-infused track “Send It To Me”, apparently about a lonely man looking for a mail-order bride.

They are the fourth music group to have a dedicated Royal Mail stamp issue, following in the footsteps of The Beatles, Pink Floyd and Queen.

Royal Mail said it had worked with the Stones and their management on the stamp collection, which goes on sale on Jan. 20.

5 Fascinating Facts About Peter Jackson/s Fab Four Doc, “The Beatles: Get Back”