Betty White: Celebrating the Hollywood Legend Who Helped Redefine How We Think About Aging 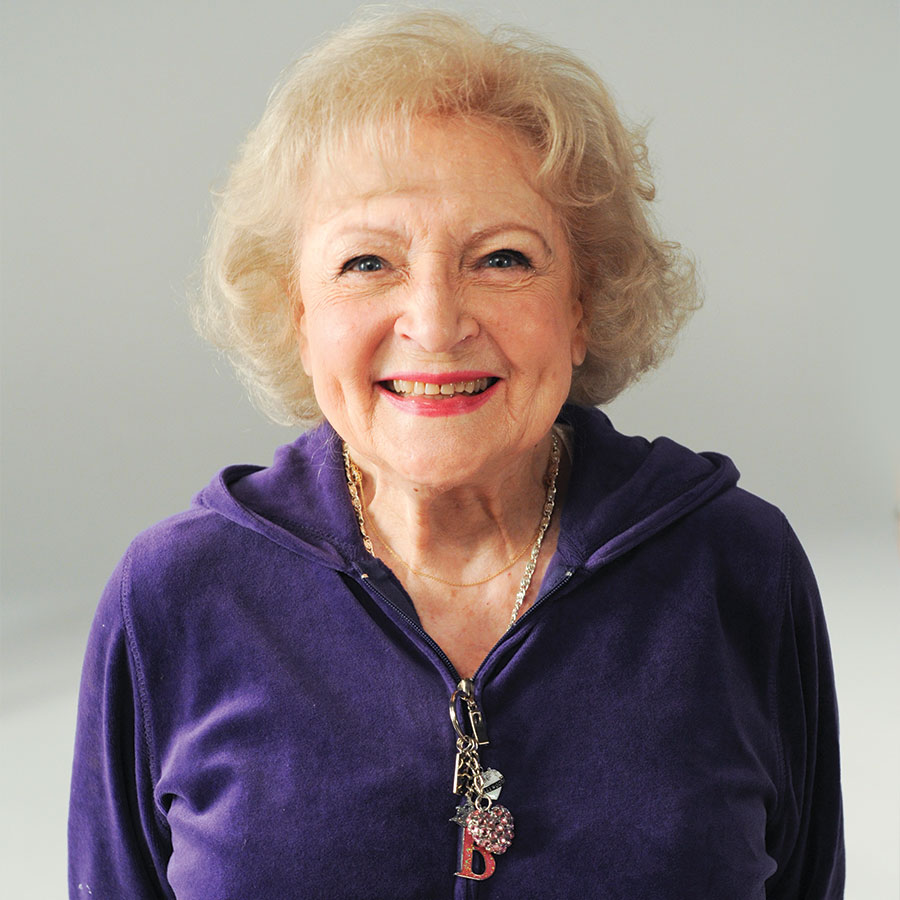 Actress Betty White — seen here on location for The Lifeline Program Music Video Shoot in 2011 — would have turned 100 on January 17. Photo: Michael Kovac/WireImage

It is difficult to find anything we all agree on these days, but one thing is a slam dunk: everyone loved Betty White. The groundbreaking comedian emerged in pop culture at the very dawn of the TV era and remained a fixture up until her death on December 31 of last year.

Losing her a little over two weeks before her much-anticipated 100th birthday on January 17 was cruel punctuation to a bummer of a year. We, however, had feared it coming: from the earliest days of the pandemic, the sentiment #ProtectBettyWhite was bandied around social media, reflecting just how much of a beloved treasure she had become.

But then, following her passing, a funny thing happened: the stories of White’s life became the balm we needed. Just as Omicron numbers rose steeply (along with our dread), the internet stepped up to uncover all the hidden gems from White’s long life and career, while fundraising challenges in her name and starry tributes flourished.

To start, her social media memorial became a celebration of her indelible TV characters. SueAnn Nivens from The Mary Tyler Moore Show, who toggled between her Stepford-style perky “Happy Homemaker” persona and razor tongued man-eater when the cameras turned off.

She was also the ditzy innocent from St. Olaf, Rose Nylund, on The Golden Girls, the 1980s TV phenomenon that challenged the way we look at aging by putting four mature women firmly in the spotlight for the first time.

Later TV triumphs included a scene-stealing turn on Hot in Cleveland, seen at the same time as she hosted the prank fest Betty White’s Off Their Rockers — which made her the only 90-something woman to hold down two steady TV jobs from 2012 to 2015.

But it was her edgier real-life persona that won the day: we saw clips of her playing against type as a run-away mother for an arc on The Bold and The Beautiful.

Clips of her and Joan Rivers ripping into each other gleefully on The Tonight Show. Her flirting with Johnny Carson (he called her “somewhere between Mother Theresa and a call girl,” perfectly summing up the way she employed ambiguity to combat stereotypes).

White was a successful woman who translated her on-screen triumphs into something even more remarkable: real longevity, staying power and influence in an industry known for its fickle embrace of ever-new trends — not to mention one that has long treated aging women as disposable.

White was also a true intergenerational hero. Her continued presence on TV — from her triumphant hosting turn on Saturday Night Live in 2010 (she was the oldest-ever host at age 88) to her Snickers SuperBowl commercial that same year — earned her fans in almost every age demo. She singlehandedly blew up the “helpless old lady” stereotypes, all while maintaining her own dignity and without offending anyone in the process.

She continued to trade playful banter across various mediums — from People magazine to Twitter — with Canadian actor Ryan Reynolds (with whom she starred in the 2009 movie The Proposal). Indeed she tweeted about her own cover on People magazine just two days before her death (The 100th birthday special celebration issue was released prematurely, it turns out; the magazine has now become a hot collector’s item.)

White had so much interest from all walks of life that a special documentary, Betty White: A Celebration, was (and still is) set to be released in theatres for one day only — January 17th — which would have been her big centenary.

Betty White: Woke Before Her Time

Another aspect of White’s life and work that connects to fans is her lifetime of advocacy. You might say she was “woke” before her time.

There is the touching fact that, in 1954, when she was the host of The Betty White Show, she took a stand to defend Black tap dance star Arthur Duncan. When segregationists (and advertisers) complained about her booking him to appear on her show, White said, “I’m sorry, but you know, he stays,” according to a PBS retrospective documentary. She went on to book him every chance she got.

White was also a lifelong advocate for animals and received a tribute from the Audobon Society, revealing she had paid for a plane to relocate penguins and sea otters displaced by Hurricane Katrina in 2005. The actress at one time had 26 dogs of her own. In her honour, the hashtag #TheBettyWhiteChallenge went viral asking people to each donate $5 to animal rescues and shelters in her name on her birthday.

Through all of this, White helped redefine how we perceive aging and how an “old” person is “supposed” to act. And she did it with class and dignity and humour. And that’s partly why so many loved her for so long.

She may not quite have made the 100 year mark, but she succeeded in so much more. And she still has us talking lovingly about her, all these years later.