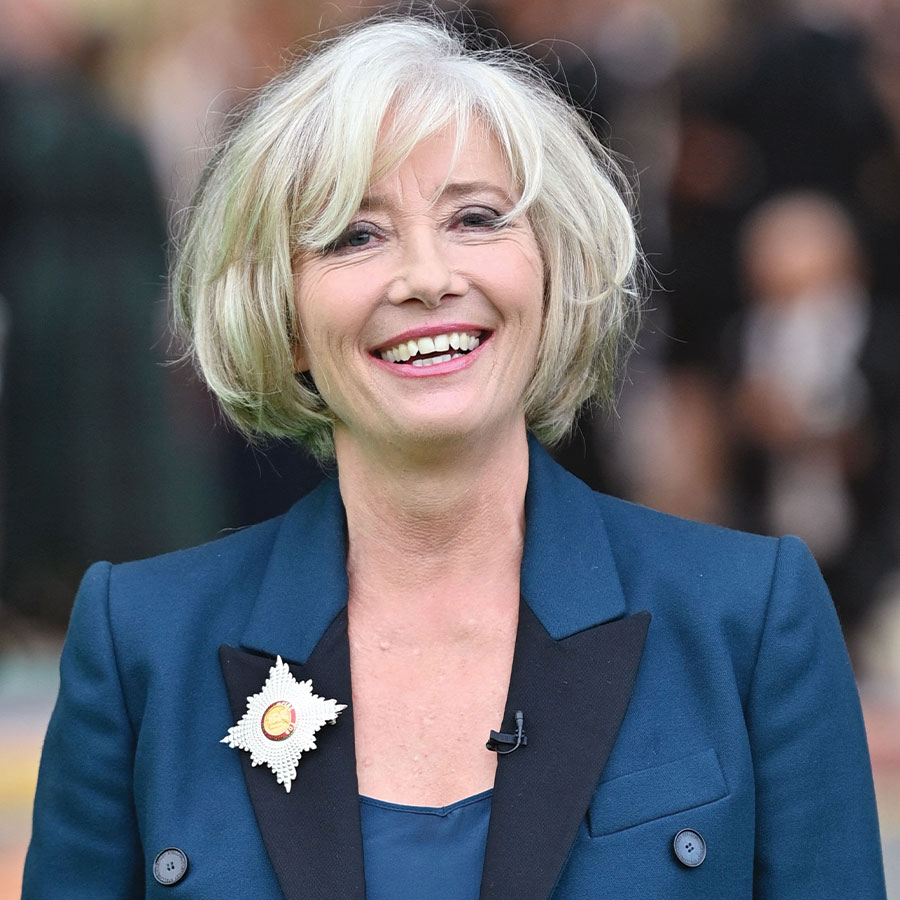 Emma Thompson said shooting a nude scene at 62 was "extremely challenging because we aren't used to seeing untreated bodies on the screen." Photo: Justin Tallis/AFP/Getty Images

Emma Thompson opened up about the unrealistic body image expectations placed on women while discussing a nude scene she recently shot for the new sex-positive dramedy Good Luck to You, Leo Grande.

In the film, Emma Thompson, 62, plays Nancy Stokes, a retired widow who hires Leo Grande, a young male escort, in hopes of exploring the intimacy that was largely absent from her marriage with the ultimate goal of having her first orgasm.

“It’s very challenging to be nude at 62,” she said of the scene during an interview at the film’s virtual Sundance Film Festival premier on Saturday.

“Nothing has changed in the dreadful demands made upon women in the real-world but also in acting. This thing of having to be thin is still the same as it ever was, and actually in some ways I think it’s worse now.”

But Thompson says it was also her age that gave her the confidence to shoot the scene.

“I don’t think I could’ve done it before the age that I am. And yet, of course, the age that I am makes it extremely challenging because we aren’t used to seeing untreated bodies on the screen.”

The Academy Award-winning actress says she was inspired by an “extraordinary moment” in the film where her character drops her robe and stands in front of the mirror completely relaxed and “with no particular judgement.”

“I realized I never stood in front of the mirror without judging and without doing something to my body that somehow changed it so I didn’t have to look at it in the way it was presented to me in a mirror,” Thompson said of the scene.

In another interview with The Wrap following the premiere, Thompson describes the youth-obsessed culture that drives women of all ages to plastic surgery as “a form of collective psychosis.”

“I’ve always been a card-carrying, kind of militant feminist about women’s bodies and what’s been done to them, what we’re told is expected of ourselves, what we’re told to do to ourselves,” she said in the same interview. “I think one of the rare triumphs of this story and of this movie is that it presents the untreated body for one of those very rare moments.”

Still, moving past the insecurities that accompanied the nude scene with her co-star Daryle McCormack, 29, involved some unconventional off-camera work.

The onscreen pair also end up exploring more than just sex during their night together, as they delve into one another’s lives and the struggles they endure.

“Leo gives her the tools — the skills, I suppose — that she needs to undertake this endeavour,” Thompson told The Wrap. “He asks her questions that she doesn’t expect to be asked … It’s like seeing two people excavate one another.”

For McCormack, working with Thomson presented its own challenges outside of baring it all with the legendary actress.

“I was struggling to accept that I deserved to be there,” he told The Wrap.

“There was something particular about this film in that it is shared between two people. But I think it just comes down to us being actors and artists trying to bring this script to life … and in some way we came in with an equal foundation.”

The Importance of Being Emma (Thompson)

What a Dame! Emma Thompson Wears Sneakers to Buckingham Palace