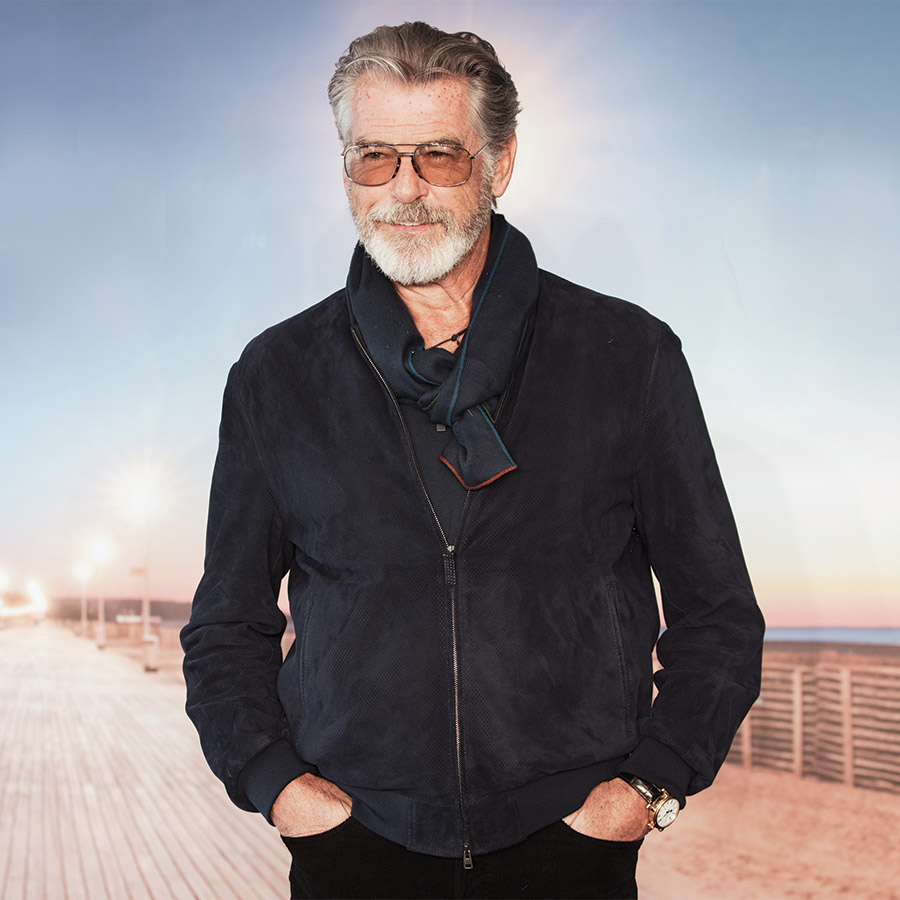 ctor Pierce Brosnan, 68, seen here in 2019, is an example of those who are redefining style and fashion for men over 60. Photo: Francois G. Durand/Getty Images

In the past decade, fashion brands have made a long-overdue statement about beauty by sending women over 40 down the runway. And rightly so. Contrary to the 20-year-olds who’d routinely faced their campaigns, it’s actually older women who can afford a big-ticket designer wardrobe.

Now it’s men over 60 who are having a style moment.

“Actors are interpreters of reality, employed to echo truth through their portrayals. Real men, recognized figures, they bring a new facet of reality,” read Prada’s show notes. “We were thinking about meaningful fashion, pieces that make sense … not something to discard.”

It’s a perspective that applies as neatly to the luxury menswear as the men themselves. True style, elegance, and beauty is not disposable; these qualities have no expiration date. Like a fine wine, they age just as well. If 50 is the new 30 for women, then 60 is the new 40 for men. Sixty is known as the Diamond Jubilee and we’ve rounded up a gallery of 60-plus gems who prove it.

Opening Prada’s FW22 runway show, the Emmy-winning actor, who was engaged to supermodel Linda Evangelista during her ‘90s heyday, proved he could strut his own stuff.

The quirky thespian, who enjoys a successful side gig as pianist for the jazzy Mildred Snitzer Orchestra, took his retro cool to the runway, closing Prada’s FW22 menswear show.

Rivalled only by Kennedy for White House cool, see the wind-surfing former president with his usual aplomb — and classic retro sunglasses (OPLL SUN by Oliver Peoples, if you want to pick up a pair).

Proving that wit is the better part of charm, the English actor is as alluring today as when he first stole a million hearts in Four Weddings and a Funeral … three decades ago.

Our favourite “nice guy” offsets his grey waves with statement eyewear and flawless suits by Tom Ford, who tapped the English actor to star in his 2010 directorial debut, A Single Man.

One of the last times we saw the two-time Oscar winner — and nine-time nominee — all gussied up was in 2019, when he was presented with yet another trophy: the American Film Institute’s Life Achievement Award. And here, at the Tragedy of Macbeth premiere in December 2021, he proved he remained as cool as ever.

Ardent thanks to Ireland for this dashing export who nails the sophisticated glam of Thomas Crown and James Bond as easily as giddy showtunes in Mama Mia! …

And then there are the stylish silver septuagenarians…

The actor from a Hollywood family found fame in 1971 in The Last Picture Show and the five decades since have only burnished his appeal. Happily married for just as long, he founded the End Hunger Network in the 80s to help food-deprived children. An A-plus human and a ‘70s fox whose still foxy in his 70s.

The embodiment of cool elegance since the 1980s, the Isle of Wight-born actor looked right at home in 2021’s House of Gucci.

Dressing One’s Age? Sexy After Sixty Ain’t No Sin (Or Forty, or Fifty…)