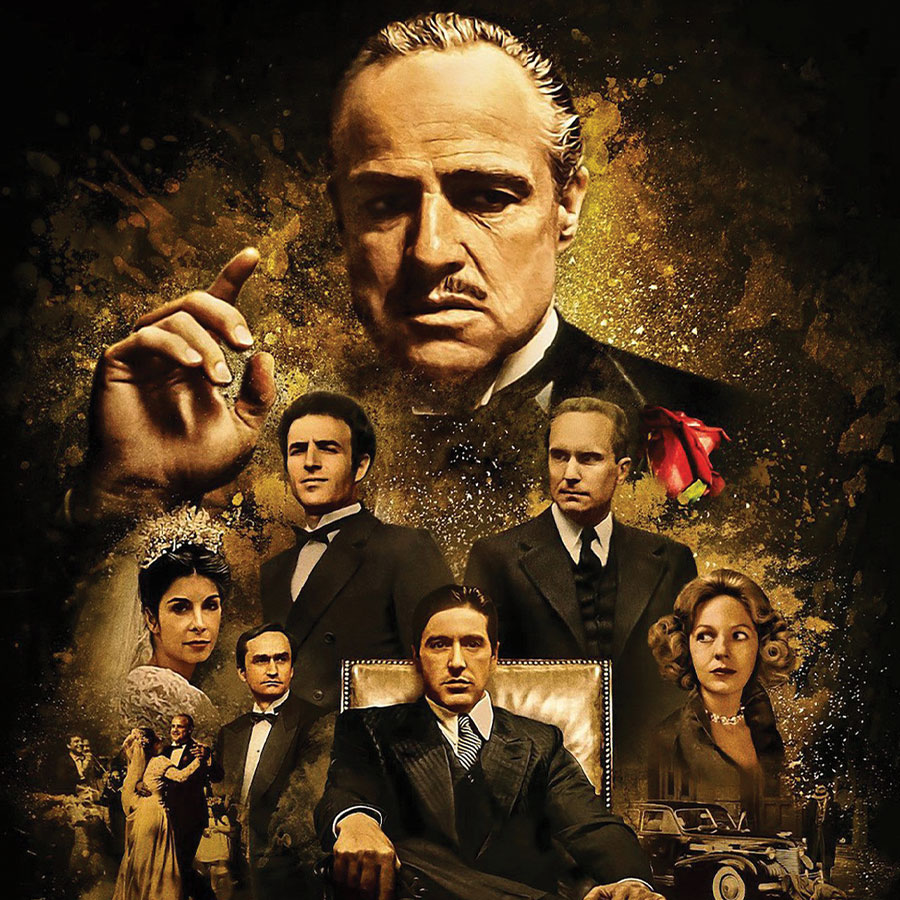 This week, Oscar-winning director Francis Ford Coppola, 82, was in full celebration mode. Appearing at an L.A. event commemorating the 50th anniversary of The Godfather, the famed filmmaker was flanked by his wife Eleanor, 85, as well as stars James Caan, 81, who played the role of Sonny Corleone and Talia Shire, 75, who played Connie in the iconic movie.

Coppola was also honoured by the naming of his own street — Francis Ford Coppola Street — during the ceremony at the Paramount Theatre.

The Godfather, based on the novel by Mario Puzo, first hit theatres on March 24, 1972. To mark the golden anniversary, all three films in the iconic trilogy have been restored under Coppola’s direction and will be made available on 4K Ultra HD for the first time on March 22, 2022.

As well, mob movie fans were recently treated to an early look at The Offer, the Paramount+ series that delves into the making of the 1972 classic The Godfather.

Told from the perspective of Canadian-born producer Albert S. Ruddy — played by Miles Teller — the series, which premiers April 28, offers a behind the scenes look at the drama that plagued the film’s production, including friction with the real life mob over the project and the near firing of Coppola.

The series’ creator Michael Tolkin said he knew the project had legs after he had a conversation with Ruddy, now 91, about the challenges of keeping the film on the rails.

“What sealed it for me was when Al said, ‘Every day of making The Godfather was the worst day in my life,’ and that told me we had a show,” he told Vanity Fair. “For every character in the film, getting it made or stopping it from being made was at the core of their actions, and it was a matter of life and death to them.”

The cast also includes Burn Gorman as Paramount Pictures head Charles Bluhdorn and Patrick Gallo as author Mario Puzo, who penned the novel the film was based on. Justin Chambers will take on a recurring role as the film’s star Marlon Brando, while Anthony Ippolito has been tapped to play Al Pacino.

The series premieres less than a month after the 50th anniversary of the iconic film’s release on March 24 and beats Francis And The Godfather a feature film about the making of the classic movie announced in 2020 — to the punch. Differing from The Offer, the film tackles the behind-the-scenes story of The Godfather through the eyes of director Francis Ford Coppola, played by Oscar Isaac. Other big names in the film include Jake Gyllenhaal, who stars as Paramount Studios boss Robert Evans, Elle Fanning as his then-wife and actress Ali MacGraw and Elisabeth Moss as Eleanor Coppola.

Of course, fans of the mob genre have had plenty to satiate themselves in recent years as well — from Coppola’s new cut of The Godfather Part III released in December 2020 to The Sopranos prequel The Many Saints of Newark that came out last year. Still, almost 50 years after its release — and countless onscreen mafia bosses, sit downs and hits later — The Godfather remains the don among mob movies.

Thankfully, despite its focus on filmmaking, The Offer promises plenty of that signature tension fans crave from the genre.

As series show runner and co-writer Nikki Toscano told Vanity Fair, “At the beginning of our story, we come to learn that the mafia has a very active interest in making sure that The Godfather never gets made.”