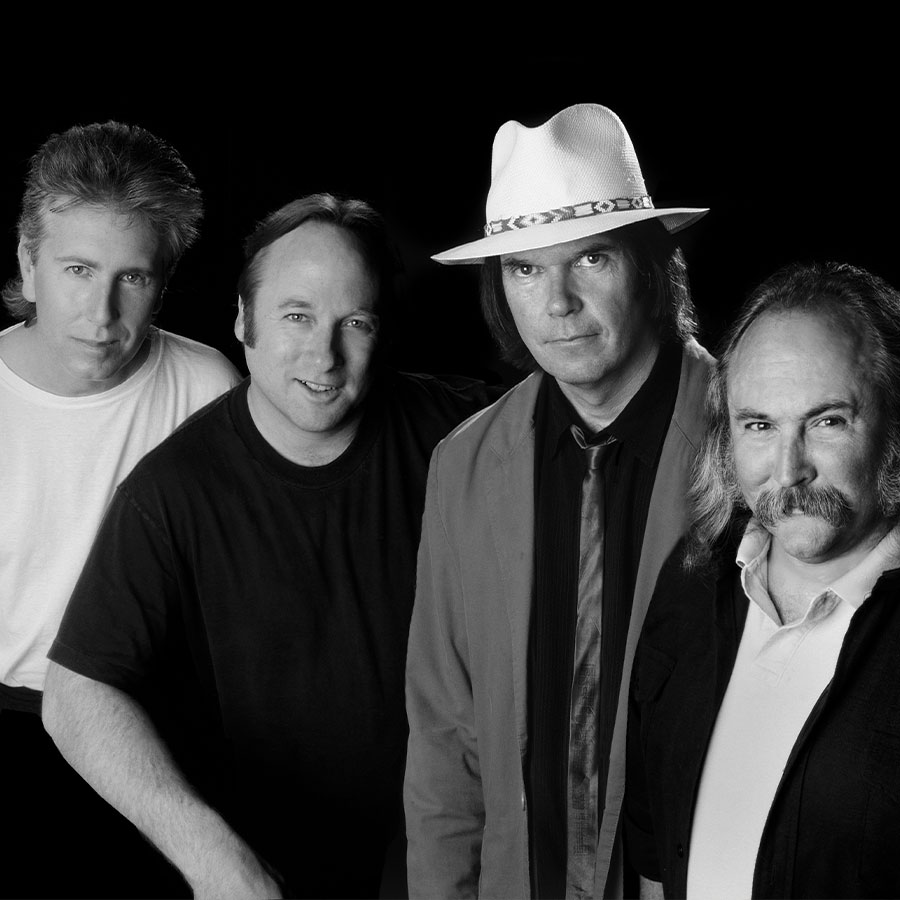 Neil Young's former bandmates Crosby, Stills and Nash — seen here with  him in a 1988 portrait — have joined  the Canadian singer-songwriter in a boycott of Spotify over podcaster Joe Rogan's spread of what they call "dangerous disinformation" on the platform. Photo: Aaron Rapoport/Corbis/Getty Images

Crosby, Stills and Nash have backed Neil Young and demanded their music is removed from Spotify.

The disbanded group — known as Crosby, Stills, Nash & Young when the Heart of Gold hitmaker was in the lineup — have backed their former bandmate in protest over Joe Rogan’s podcast allegedly spreading coronavirus and vaccine misinformation.

In a joint statement on David Crosby’s social media, the trio — including Stephen Stills and Graham Nash — said: “We support Neil and we agree with him that there is dangerous disinformation being aired on Spotify’s Joe Rogan podcast.

“While we always value alternate points of view, knowingly spreading disinformation during this global pandemic has deadly consequences.

“Until real action is taken to show that a concern for humanity must be balanced with commerce, we don’t want our music — or the music we made together — to be on the same platform.”

They have joined waves of artists threatening to boycott the streaming service over the controversy.

The broadcaster has responded to the backlash in a video as he insisted he “most certainly didn’t want” artists to boycott Spotify because of him.

He said: “Now, because of this controversy … Neil Young has removed his music from the platform of Spotify and Joni Mitchell and apparently some other people want to as well.

Following the criticism, Spotify updated platform rules, including adding a content advisory to podcast episodes discussing the virus, and Joe backed their move, as well as offering his own pledge to offer more “balanced” opinions.

He promised: “My pledge to you is that I will do my best to try to balance out these more controversial viewpoints with other people’s perspectives, so that we can maybe find a better point of view.

“I don’t want to just show the contrary opinion to what the narrative is. I want to show all kinds of opinions so that we can all figure what’s going on…

“I do all the scheduling myself, and I don’t always get it right. These podcasts are very strange because they’re just conversations, and oftentimes I have no idea what I’m going to talk about until I sit down to talk to people, and that’s why some of my ideas are not that prepared or fleshed out because I’m literally having them in real time. But I do my best.”

But the broadcaster took issue with the accusations of “misinformation”

Defending his “highly credentialed, very intelligent, very accomplished” guests, he said: “They have an opinion that is different from the mainstream narrative. I wanted to hear what their opinion is.”