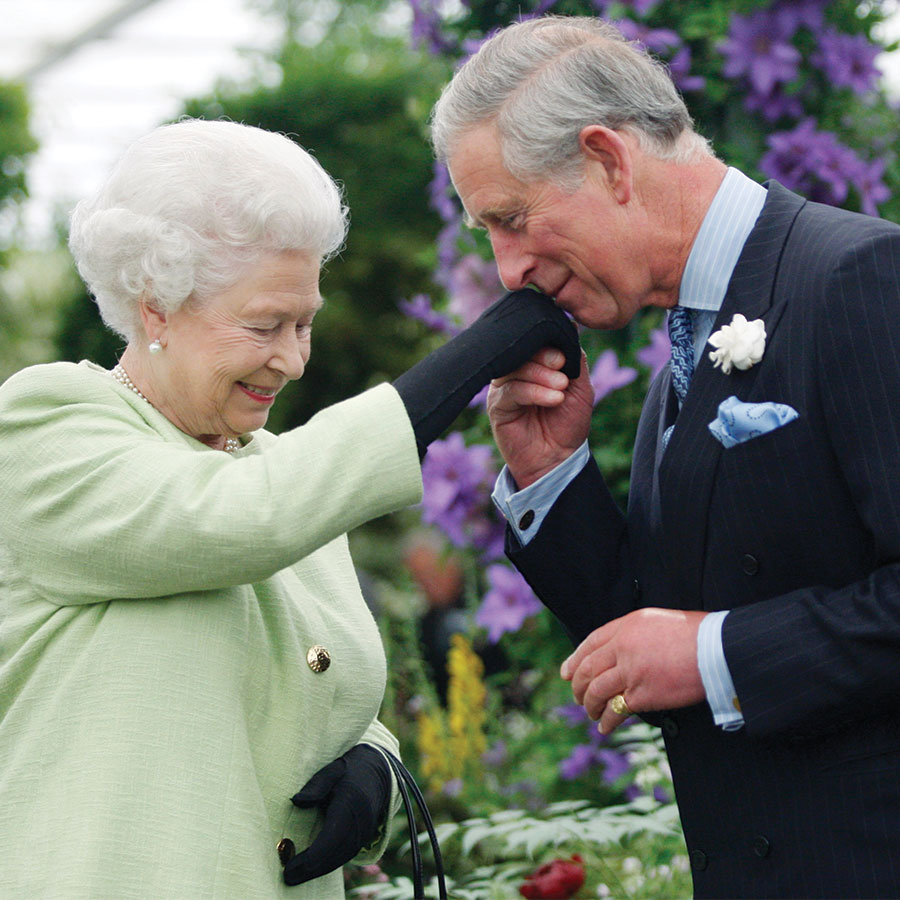 In a statement Sunday, Prince Charles — seen here receiving the Royal Horticultural Society's Victoria Medal of Honour from the Queen in 2009 — praised his mother's decision to embrace the Duchess of Cornwall as Queen Consort and acknowledged his wife for her "steadfast support" in service to the monarchy.  Photo: Sang Tan/WPA Pool/Getty Images

Prince Charles on Sunday thanked his mother Queen Elizabeth for publicly stating her desire that his wife Camilla becomes Queen Consort when he becomes king, acknowledging the honour on the 70th anniversary of her accession to the British throne.

The request — a blessing that will likely remove the need for any discussion about future titles — follows an earlier era when Camilla was vilified by the tabloid press for the breakdown of Charles’ marriage to his first wife, the late Princess Diana.

The 95-year-old Queen said it was her “sincere wish” that when the day comes, Camilla would be known as Queen Consort.

Charles made his response on Sunday when he led tributes from world and religious leaders to the monarch as she passed a milestone never reached by any of her predecessors in nearly 1,000 years of a line that traces its origin back to Norman King William I and his 1066 conquest of England.

“We are deeply conscious of the honour represented by my mother’s wish,” Charles said in a statement. “As we have sought together to serve and support Her Majesty and the people of our communities, my darling wife has been my own steadfast support throughout.”

The long-time lovers were married in 2005, enabling Camilla to gradually take on a more prominent role. With a current title of Duchess of Cornwall, Camilla is now a popular member of the royal family and regularly appears at official duties alongside the Queen, Charles and his son, William, and wife Kate.

Diana, the mother of Princes William and Harry, died in a Paris car crash in 1997.

The statement on the future of the monarchy comes as the country celebrates the Queen’s role over the last 70 years. Britain will hold four days of national events in June to mark her platinum jubilee.

Charles was joined by Prime Minister Boris Johnson, the White House, the Archbishop of Canterbury and other politicians in praising the queen for her dedication to public service.

“Throughout the past 70 years, she has strengthened the ties of friendship, shared ideals, and faith in democracy that forever unite our countries,” the White House of President Joe Biden said.

During her seven decades on the throne, the Queen has been a symbol of stability for the country during huge social, economic and political change, including the end of the British Empire.

But her anniversary comes after a very difficult time for the monarchy, following the sex abuse accusations her son Prince Andrew is facing in the United States, which he denies, and allegations of racism in the royal household from grandson Prince Harry and his wife Meghan.

Elizabeth became the Queen of Britain and more than a dozen other realms including Canada, Australia and New Zealand on the death of her father King George VI on Feb. 6, 1952, while she was in Kenya on an international tour aged 25.

The news was broken to her by her husband Prince Philip, who died last year aged 99 after more than 70 years by her side.

The Queen has continued to carry out official duties well into her 90s, but has been seen much less regularly of late after she spent a night in hospital last October for an unspecified ailment and was then instructed by doctors to rest.

On Sunday, the palace released a new video of the queen, smiling broadly near a red despatch box that contains official government paperwork and discussing a message from Biden. On Saturday she was filmed meeting local community groups and joking with officials.

“I think I might just put a knife in it,” she said when presented with a large cake. “Somebody else can do the rest.”

Reaction to Queen Elizabeth’s announcement on social media demonstrated the split that remains among royal watchers on Camilla. While many cited her service and urged those still holding a grudge against the duchess to forgive and forget, others evoked the memory of Diana and put forward Prince William and Duchess Kate as their preferred choice to lead the Royal Family.