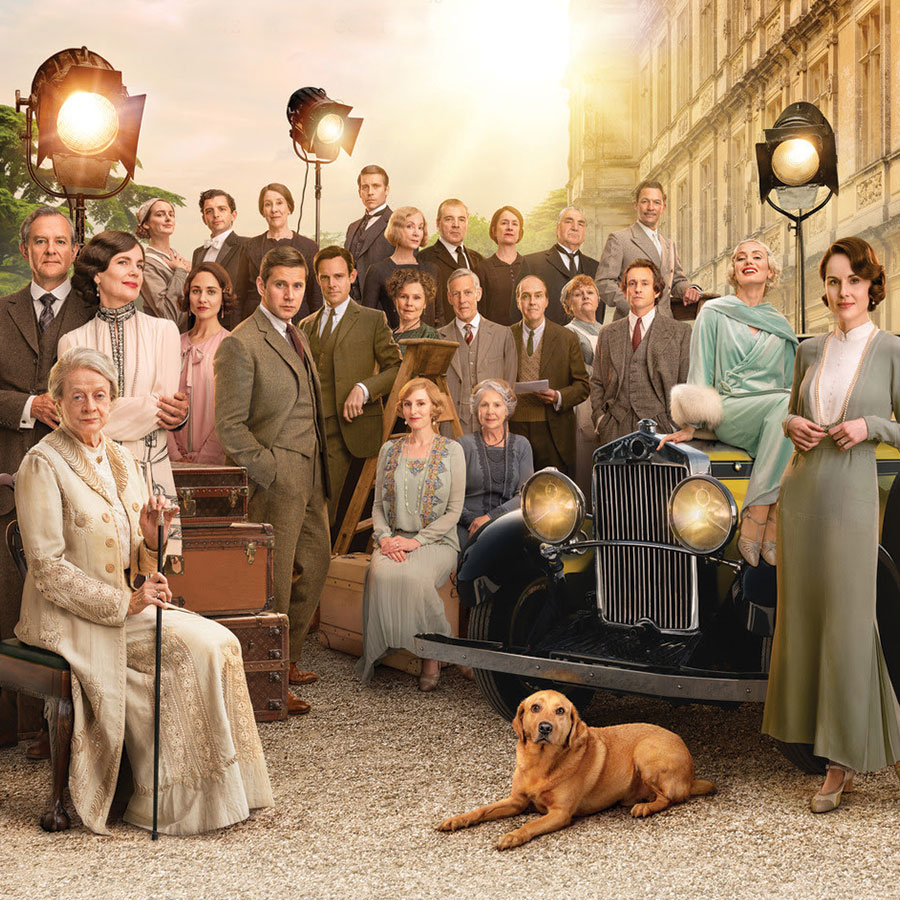 Fans got their longest look yet at the highly anticipated Downton Abbey movie, A New Era, on Tuesday with the release of the film’s official trailer.

The mystery surrounding the Dowager Countess’ newly inherited Villa in the South of France remains after the clip, but the stage is set for an intriguing scandal surrounding the man who left her the property.

“They spend a few days together and he gives her a house,” Isobel Crawley ponders.

The Dowager Countess, played by fan-favourite Maggie Smith, 86, was revealed to be terminally ill at the end of the first film based on the hit television series in 2019, but she certainly hasn’t lost any of her vivacity in Julian Fellowes’ newest instalment — which is set to hit theatres in May of this year.

“Years ago, before you were born, I met a man. And now I’ve come into possession of a villa in the south of France” is the inadequate explanation she offers.

And when asked if she thought to turn down the enormous inheritance she responds with her usual charm.

“Do I look as though I’d turn down a Villa in the South of France?”

The adventure to the sprawling property in France isn’t the only event catapulting the Crawleys into a new era. As the Earl of Grantham puts it in the new preview, Lady Mary is now the captain “steering the ship.” And, much to Carson and Robert’s dismay, Hollywood is descending upon Downton to film a movie, which sees a batch of newcomers joining the principle cast of the show.

They include Dominic West, who will play a 1920s Hollywood actor, Laura Haddock, a fellow silent screen star, and Hugh Dancy, the film’s fictional director.

“The modern world is coming to Downton,” says Lady Grantham, played by Elizabeth McGovern, in the trailer. “You see this clash of cultures when Hollywood meets Downton,” McGovern told the Daily Mail Weekend of the new cast of characters. [A New Era] is set in 1928, nine months after the first one, when ‘talkies’, as opposed to silent films, were just starting to be made and they’ve got all these Hollywood movie stars and the director of a talking movie staying at the Abbey.”

The house itself continues to be Fellowes’ main muse, but the villa in France takes a strong second place. As the Dowager Countess recommends, we will leave you to discuss her mysterious past, until the film’s theatrical release, set for May 20, 2022.

“The British are coming.”

So butler Charles Carson (Jim Carter) wryly quips to his wife, Elsie (Phyllis Logan) as the Crawleys prepare to head to France in the first extended teaser trailer for the upcoming Downton Abbey: A New Era film.

The movie doesn’t hit theatres until March 2022 and plot details remain under tight wraps — which is why fans are chomping at the bit for any morsel of detail that they can get from the trailer.

Debuting this weekend in theatres ahead of the film Belfast, the first teaser trailer of any substance (an even shorter teaser was released last week) for Downton Abbey: A New Era doesn’t give away much in terms of plot — though it does set up a major move for the Crawley clan.

The teaser centres around Maggie Smith, 86, as the Dowager Countess — who was revealed to be terminally ill at the end of the first film based the hit television series, the 2019 offering Downton Abbey. Now, A New Era picks up where the 2019 film left off, meaning the Dowager Countess is not only still very much alive, but is prepared to reveal a deep, dark secret.

“Years ago, before you were born, I met a man. And now I’ve come into possession of a villa in the south of France,” she explains to her family. She ends the trailer by adding, “And with that, I will say good night and leave you to discuss my mysterious past.”

In between, we see quick clips of said villa, the wedding of Tom Branson as well as many familiar faces from the series — not to mention new arrivals like actress Laura Haddock, who plays high society member Myrna Dalgleish.

“We’re trying to mark the change — the fact that Crawleys of Downton are nearly in the 1930s, which is merely the beginning of the modern world,” Downton Abbey creator — and the film’s writer — Julian Fellowes recently told People magazine.

Part of that change involves Lady Mary Talbot (Michelle Dockery), who, Fellowes noted, “may not be the titular head of the household, but she is effectively running the show. We take that further.”

He added that the title “A New Era” refers not just to the changes within the Crawley household, but the world at large. “The further the ’20s went along, the more the world was changing in so many ways. Everything from entertainment to transport was really different by the end of the ’20s. That’s what we’re referring to in that.”

But ultimately, he noted that the film is an “unashamedly feel-good movie.”

Downton Abbey fans got their first peek at the upcoming sequel, Downton Abbey: A New Era with the release of four photos from the film and a teaser trailer.

The teaser, which you can view below, is a blink-and-you’ll-miss-it 15 second montage of clips from the film, culminating with the announcement that the actual trailer will debut this weekend during theatrical screenings of Belfast.

Meanwhile, the photos, like the teaser trailer, feature a mix of returning cast members and new faces, and offer a brief glimpse into the upcoming film, which is scheduled to hit theatres on March 18, 2022.