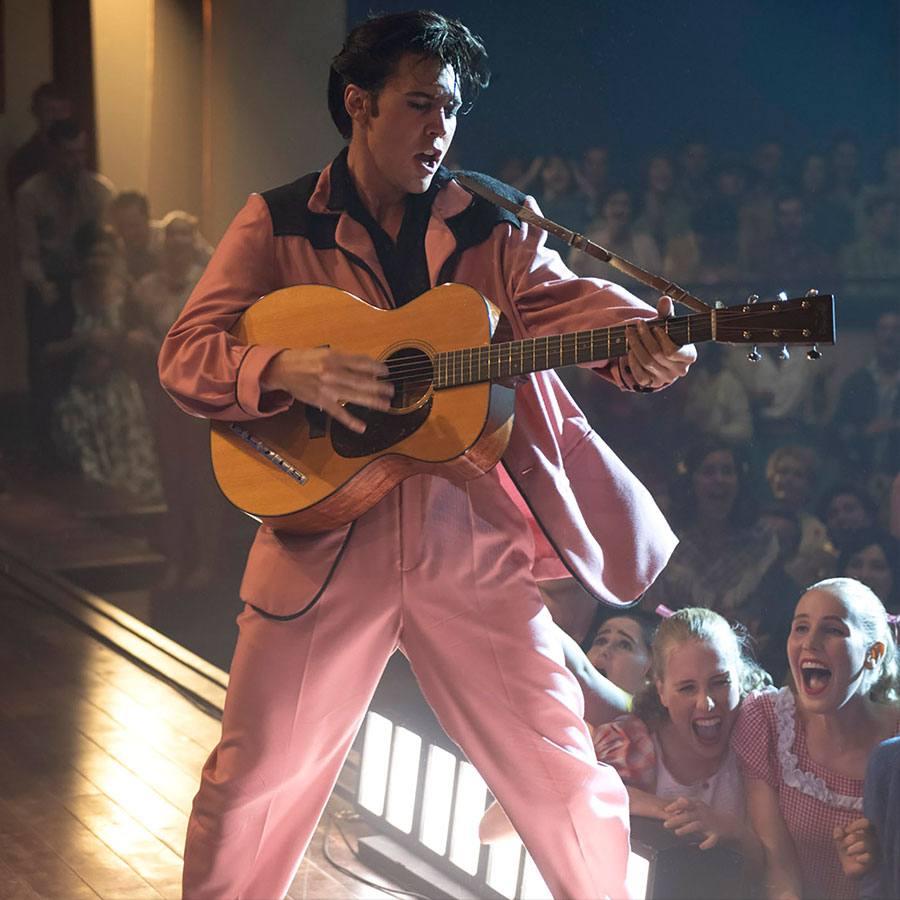 Austin Butler stars as the young version of Elvis in the lead role, opposite Tom Hanks as Presley’s manager, Colonel Tom Parker in the upcoming film that documents the brilliant, glittering but ultimately tragic life of rock ‘n’ roll’s biggest legend.

Introducing the trailer in a press conference, the Australian-born Luhrmann, 59, who directed and co-wrote the screenplay (alongside Craig Pearce, Sam Bromell and Jeremy Doner) said, “The reason I wanted to do Elvis is that in this modern era, the life of Elvis Presley could not be a better canvas on which to explore America in the ’50s, the ’60s and the ’70s.

“So that’s what drew me in, and a guy called Colonel Tom Parker, who I always like to say was never Colonel, never Tom and never Parker,” said Luhrmann, referring to Presley’s colourful yet controversial manager, who completely took over the young singer’s career, exerting control over virtually every aspect of Elvis’ life, both on and off the stage.

The trailer opens with Hanks’ Parker saying that some may think he is the villain of this story. Luhrmann suggested that he would leave it up to the audience to judge on their own whether Parker’s memories of the events are  accurate portrayals of Elvis’ life, or whether they’re simply Parker’s own self-interested interpretation of what transpired.

One of the bigger themes seen in the trailer is Presley’s relationship with Black culture and Black America. Luhrmann that when he was living in Memphis, and living the story, he learned that Elvis Presley’s the role Black music and culture played shouldn’t be relegated to a historical footnote.

“It’s absolutely the canvas on which the story is written,” said Luhrmann. “If you take [Black culture] out of the Elvis Presley story, there’s no story.”

Elvis grew up in the community, he “would often be the only white face in Club Handy,” notes Luhrmann. “You had the Civil Rights Movement emerging, and you had Elvis becoming a problem in terms of jumping the race line. It was dangerous.”

Without giving too much away, the director says the film is about the journey of Elvis to get back to where he began – with gospel music. “The man was spiritual, he was a spiritual being,” says the director.

For 30-year-old Butler, playing Elvis was a chance to explore “the humanity of somebody that has become the wallpaper” of popular culture. In order to prepare for the role, he began searching “to find a human within that icon.”

Butler, who has been working on this role for three years, actually sings a lot of the songs in the film. And, he felt the responsibility to Elvis and his family and his legions of fans around the world.

“I feel not only this responsibility to Elvis and his life, and I feel responsibility to his entire family, and all the people around the world who love him so dearly,” says Butler. “In the beginning I thought this is impossible, you know? How can I possibly do anything but feel like I’m less than this superhuman individual?

But, he says, as time passed, Butler gradually grew more comfortable in playing this role. “Suddenly, I felt his humanity more.”

This year also marks the 45th anniversary of The King’s passing, in August, 1977. Elvis hits theatres across Canada on June 24.