Windrush, Music and Memories: How Songs of Resistance and Celebration Helped Shape My Identity 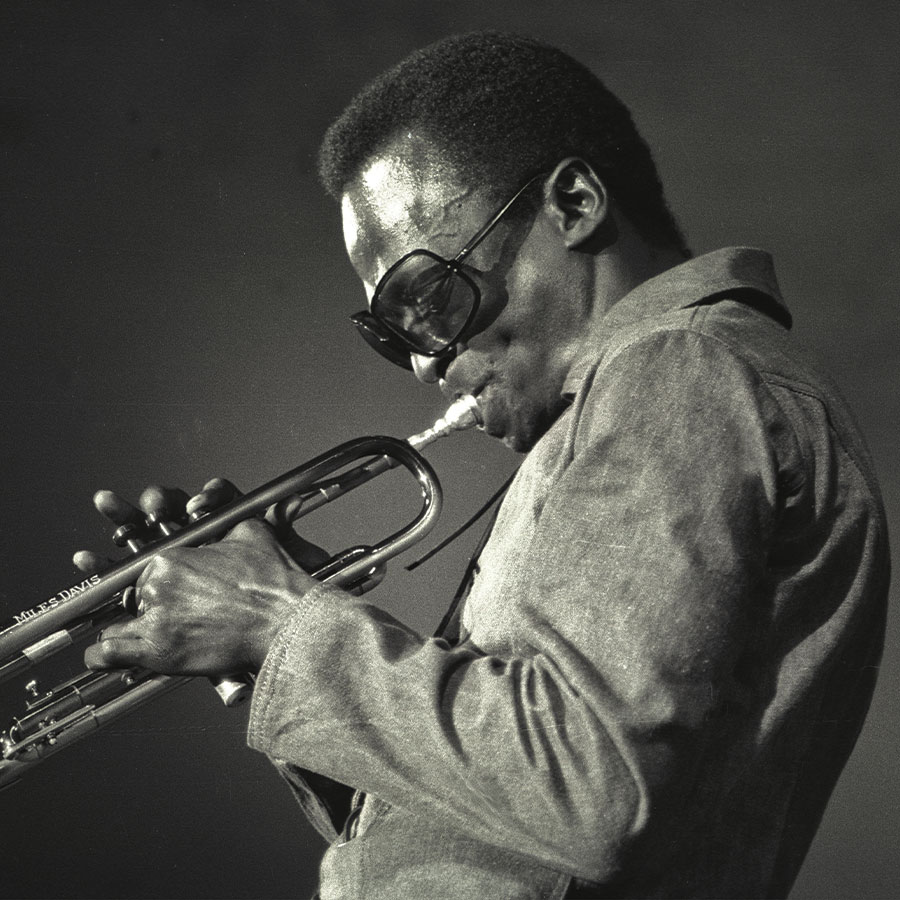 Miles Davis, seen here performing in New York in 1969, was one of the many black artists in the 1960s that used their music to combat racial and social injustice. Photo: Jack Vartoogian/Getty Images Images

Like me, you’ve probably found that listening to old songs can transport you back in time. Memories associated with the music flood your brain and so too can the associated emotions.

Research suggests that because emotions enhance memory processes and music evokes strong emotions, music could help us form memories — either about pieces of music or about experiences associated with particular music.

I experienced this quite recently while I was rummaging through my father’s record collection. I was surprised by how much it affected my emotions. Memories from my childhood came rushing back and I began to really understand the connection between memory and music — I could clearly see how these records have shaped who I am today.

My dad was the son of a preacher from Dundee Pen, a rural parish in Hanover, Jamaica. He was part of the second wave of the Windrush generation. He came to Britain with a single aim and a Dulcimena, a type of suitcase. The aim was to return home to Jamaica one day with his wife and build their dream home. He worked hard — first shift work, then nights — meaning that in the 1960s we didn’t see him much except at weekends. That’s when the record collection came out.

Although he was quite religious, his record collection was eclectic, in the sense that alongside The Grace Thrillers, Jim Reeves and Elvis, you would find Fats Domino, Duke Ellington, Charles Mingus, Grant Green and even Jimi Hendrix — from whom I eventually learned to play the guitar by slowing down the 45rpm (revolutions per minute) vinyl to 33rpm.

My dad’s friend would bring fresh bun (a sweet, spiced bread often with added dried fruits), coconut drops and hard dough bread with steamed rice and callaloo, a popular Caribbean vegetable dish. Dad had a Grundig radiogram – something I have inherited. This was his sophisticated sound system. Mine is much more expensive but now too often, ironically, bypassed for my iPhone and Spotify.

After all, Jamaica was independent, so we could sing, dance and celebrate, in the moment, while still coexisting alongside the harsh realities of British society and institutional racism. Through music, we soon learned that British colonial links to Jamaica were not entirely severed. With the growing popularity of pirate radio music, songs like Bob Marley’s “Get Up Stand Up” (1973) and Linton Kwesi-Johnson’s album “Forces of Victory” (1978) were getting to the masses — articulating the frustrations of racial injustice and unfair stop and search laws.

Although my dad’s record collection was inspirational, it was our family friend Herman, who had the more radical collection. He had retired from serving in the army and owned a cool 1970 BMW 02 E10. His record collection was much larger and varied: Big Youth, Jimmy Cliff, King Tubby, Pablo, Shaft, Curtis Mayfield, Rick James, The Isley Bros, Gil Scott Heron, Cymanide, Miles Davis, John Coltrane, War, Danibelle, Walter Hawkins and the Last Poets are just a few examples of the Black music he played from a large jazz, blues and gospel collection.

There was a constant theme of self-empowerment and fighting the power in his selections. We argued about this: whose approach to combating racial and social injustice was better, Malcolm X’s or Martin Luther King Jr.‘s? Both radical visionaries, Martin Luther King was often seen as a nonviolent pacifist, while Malcolm X was characterized as a political renegade — both stereotypes that were not necessarily correct.

As pop music culture developed in the 1960s and 1970s, it evolved and was often expressed as protest music. Artists like Neil Young, Bob Dylan, Simon and Garfunkel, Joni Mitchell, The Beatles, The Rolling Stones, Lou Reed and many other popular music groups of the period were widely regarded as anti-establishment.

This explosion of political and cultural expression in popular music culture was, in many cases, inspired by protest rhetoric from Black musicians. Teenage rebellion galvanized an explosion of new fashions, outlooks and views. This coincided with the civil rights and Black Power movement in the US, which through Black music, articulated struggles, innovations and celebrations of Black life.

By looking back at my dad’s music collection, I understand more clearly that the music I listened to as a child has, in part, shaped my personality. It also provided an important emotional shield and an internal power that helped arm me in the struggles that Black people still experience.

Maybe you might like to take a moment to think about your own experiences listening to music — how a song, playlist, album, cover, concert or performance has impacted you and is still deeply rooted in your memory.