Tom Brady Walks Straight From the Football Field to Hollywood to Produce and Star in a New Movie, ’80 For Brady’ 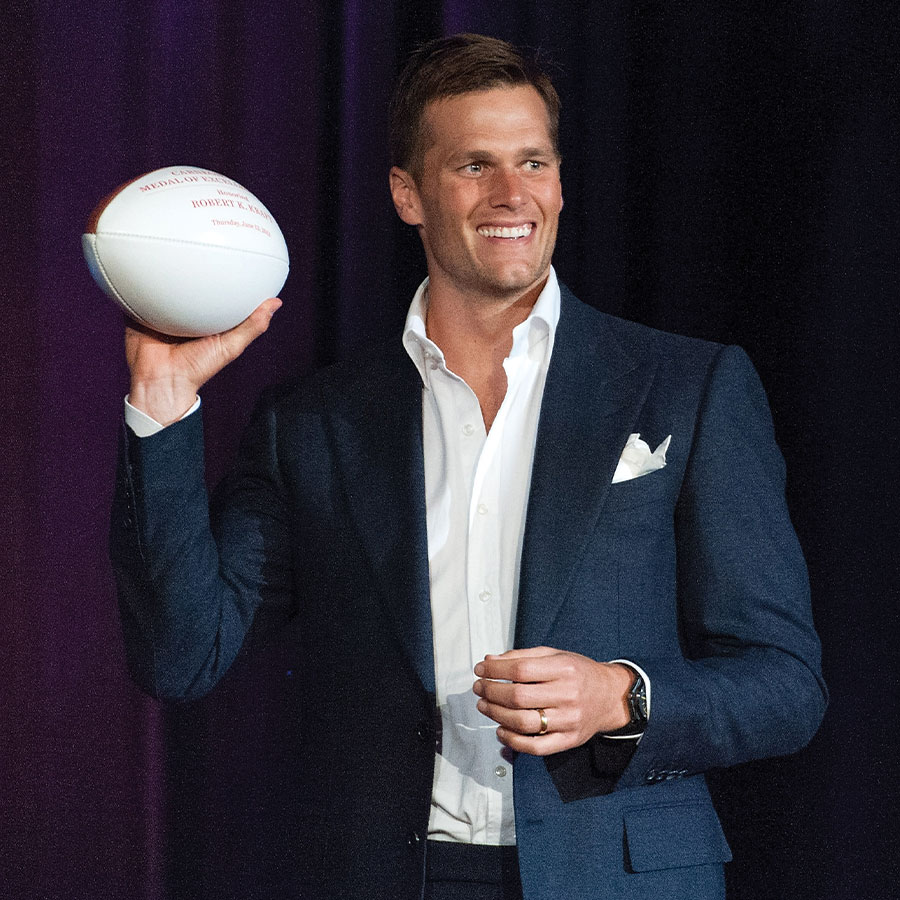 Tom Brady at the 2013 Carnegie Hall Medal Of Excellence Gala at The Waldorf Astoria on June 13, 2013. Photo: D Dipasupil/Getty Images

Tom Brady’s got a new starting lineup and they are among the greatest all-stars of our time.

Only this time, it’s not on the gridiron. Brady, considered the NFL’s greatest quarterback of all time, is changing up the playing field and has decided to dip his Super Bowl-ringed fingers into the movie biz.

And that lineup? Jane Fonda, Lily Tomlin, Rita Moreno and Sally Field. Yes, you read that right. According to the The Hollywood Reporter, this Hollywood A-List of talent is joining Brady to make a movie based on a true story.

Brady, who was used to calling the shots on the football field, will play himself in a new comedy, called 80 for Brady. The quarterback, who just retired at the ripe old age  of 44 – while still at the top of his game – is also one of the film’s producers, under his 199 Productions film production company.

Brady’s leading ladies are still killing it on the big and small screens, with no retirement in sight for Field, 75; Tomlin, 82, Fonda, 84, and Moreno, Town & Country magazine’s cover girl this month, clocks in at 90.

The football-based comedy takes place around Super Bowl LI, during which these fangirls embark on a road trip to see their hero take the NFL crown while their New England Patriots play against the Atlanta Falcons. That Super Bowl is, of course, memorable for Brady’s leading the Patriots to a miraculous second-half comeback against the Falcons.

We love a good road trip movie, and look forward to seeing the chemistry between Fonda, 84, and Tomlin, which is already well-established through their Netflix hit, Grace and Frankie. And who can forget Field riding shotgun with Burt Reynolds at the wheel of his Trans Am along America’s highways in Smokey and the Bandit.