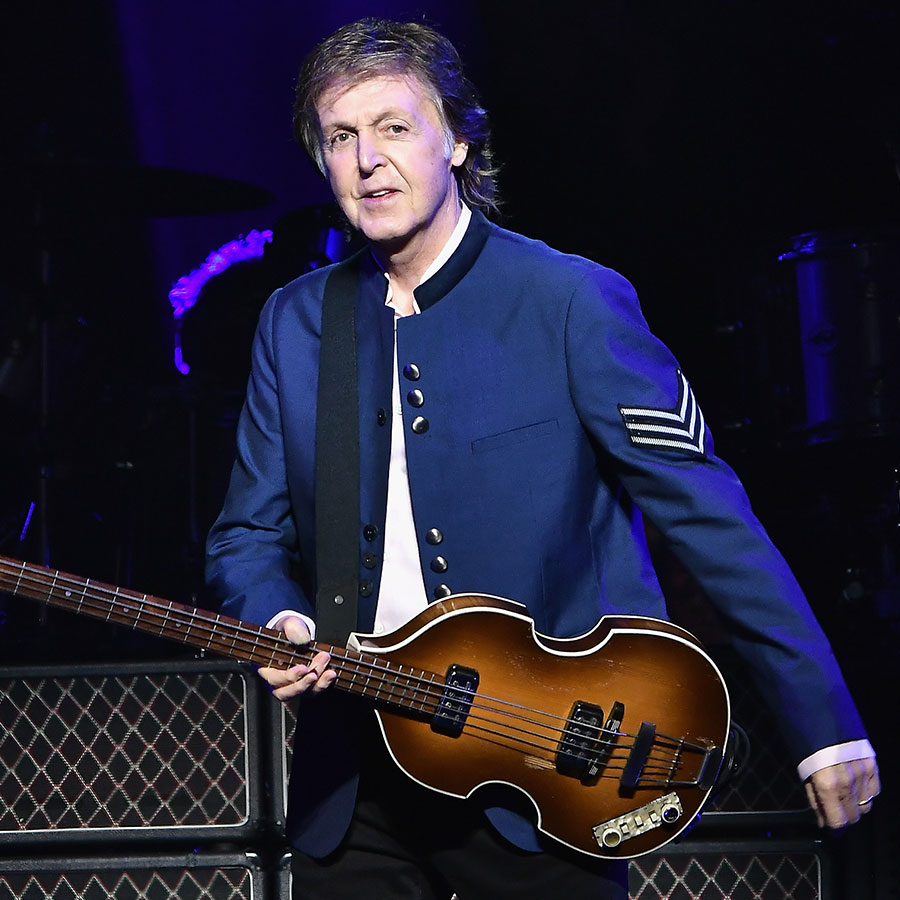 Paul McCartney, seen here performing at American Airlines Arena in Miami, Florida in 2017, teased his spot in the Glastonbury Festival lineup with what looked like a post of his Wordle score on Thursday. Photo: Gustavo Caballero/Getty Images

One pandemic cancellation and cryptic Wordle clue later, it looks as though Paul McCartney is set to make history at the Glastonbury Festival.

The former Beatle will become the oldest performer to headline the five-day music festival, hitting the Pyramid Stage in Somerset, England just days after his 80th birthday in June.

Speculation around McCartney’s attendance at the iconic fest exploded online after the 79-year-old took to Twitter to share what appeared to be his score for the popular daily word puzzle game Wordle. But McCartney’s fellow word nerds pointed out that Wordle scores only consist of five letters and that McCartney must have meant to signal “Glasto” as Twitter sleuths saw 121 in the score (typically the Wordle number) reflected the number of days until the festival and that 25/6 matched the date of the festival which runs from June 22 to 26.

The legendary singer-songwriter appears to be quite fond of cryptic puzzles. Before the festival was cancelled last year he posted photos of composer Philip Glass, actor Emma Stone and the late rock ‘n’ roll pioneer Chuck Berry, leading followers to put together Glass, Stone and Berry — an amalgamation that meant Glastonbury — to discover his upcoming spot in the festival.

While McCartney hasn’t confirmed the news in so many words (pun intended), a source told The Sun that “Paul’s set will be an absolutely must-see. He is really excited for it and is determined to put on a hell of a show packed with all of the hits”

There was some discussion about whether he should go ahead with shows this year because of the situation with COVID, but he decided he really wants to perform.”

The former Beatle will reportedly hit the stage on the Saturday night (the date indicated in his Wordle score) following performances by Noel Gallagher and Haim.

American pop sensation Billie Eilish will play on the Friday and Los Angeles rapper Kendrick Lamar will close the festival on Sunday.

But McCartney isn’t the only legend bringing some multigenerational appeal to the lineup. Motown great Diana Ross will fill the Sunday afternoon Legends slot. Over the years the Sunday Legends spot on the festival lineup has included Led Zeppelin members Jimmy Page and Robert Plant, Johnny Cash, Dolly Parton and Van Morrison.

Meanwhile, McCartney will have shaken off any pandemic rust ahead of the history-making appearance with his recently announced “Got Back Tour,” which runs from April 28 to June 16 and will see him play in 13 cities.

The full Glastonbury Festival 2022  line-up is expected to drop next week.