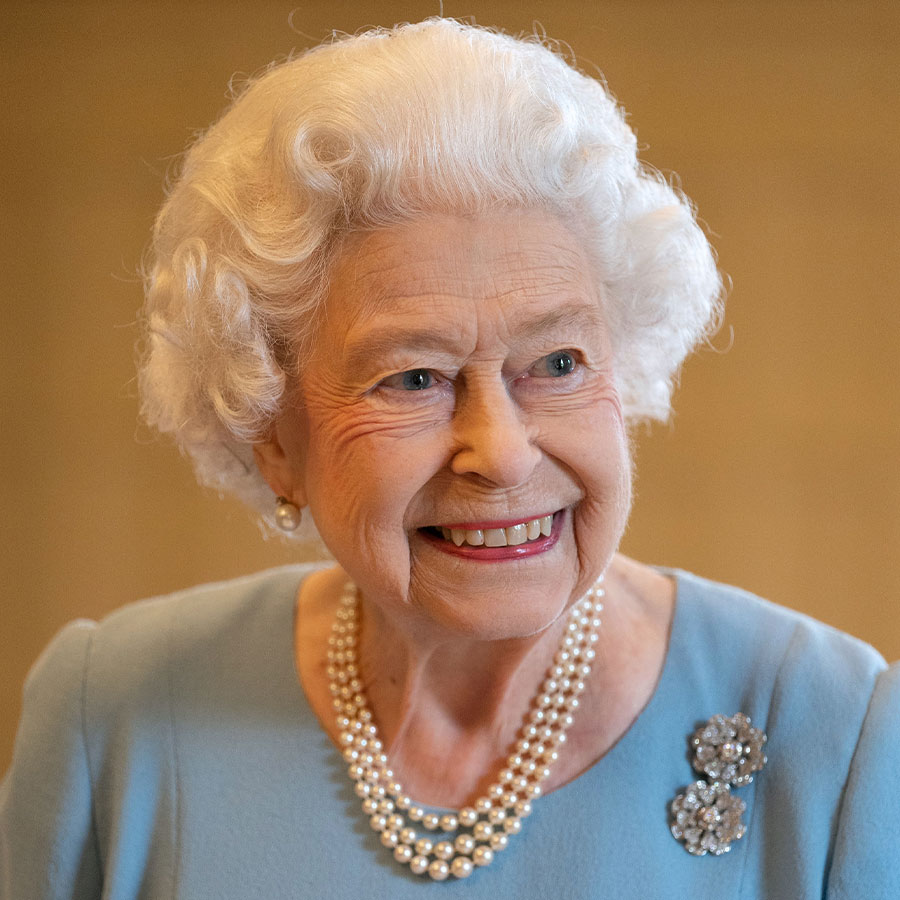 Queen Elizabeth — seen here celebrating the start of her Platinum Jubilee during a reception in the Ballroom of Sandringham House — appears to be on the mend after a positive COVID-19 diagnosis a little over a week ago. Photo: Joe Giddens/WPA Pool/Getty Images

After a positive COVID-19 diagnosis sidelined her for a little over a week, Queen Elizabeth returned to her desk on Tuesday, but not before a well-deserved recharge over the weekend.

The 95-year-old monarch, who was forced to cancel her scheduled virtual meetings last week due to “mild cold-like symptoms,” reportedly felt well enough to spend some quality time with her grandchildren and great-grandchildren on Sunday. According to Vanity Fair, the monarch invited Prince William, Kate, and their three little ones — Prince George, Princess Charlotte, and Prince Louis — as well as Princess Beatrice and her infant daughter Sienna to join her for an visit outside Frogmore House.

Her Majesty then jumped on Zoom Tuesday for virtual meetings with a pair of incoming ambassadors for Chad and Andorra. While one could only spy her through a tablet screen, the Queen appeared to be in good health and form, dressed in a vibrant emerald green.

A source has confirmed to People that the Queen — who is reportedly fully vaccinated — will continue with “other duties” and has private engagements scheduled as well.  And while Tuesday marked her first public engagement since contracting COVID-19, the Queen still carried out her weekly audience by phone with U.K. Prime Minister Boris Johnson last week.

It’s believed that the monarch was first exposed to the virus in early February when her son Prince Charles visited just two days before testing positive for COVID-19 a second time. Camilla, the Duchess of Cornwall, who has received three doses of a vaccine, also tested positive just days after her husband went into isolation.

The Queen — who has a host of events planned to celebrate the 70th anniversary of her reign on the horizon — will attend her first in-person engagement since the COVID-19 diagnosis at the Commonwealth Service at Westminster Abbey on March 14.

On March 26, she’ll attend the memorial service, also at the Abbey, for her late husband, Prince Philip.