With a Classic Hollywood Look and Multigenerational Appeal, Gwen Stefani Is Set to Make Big Waves in the Makeup Biz 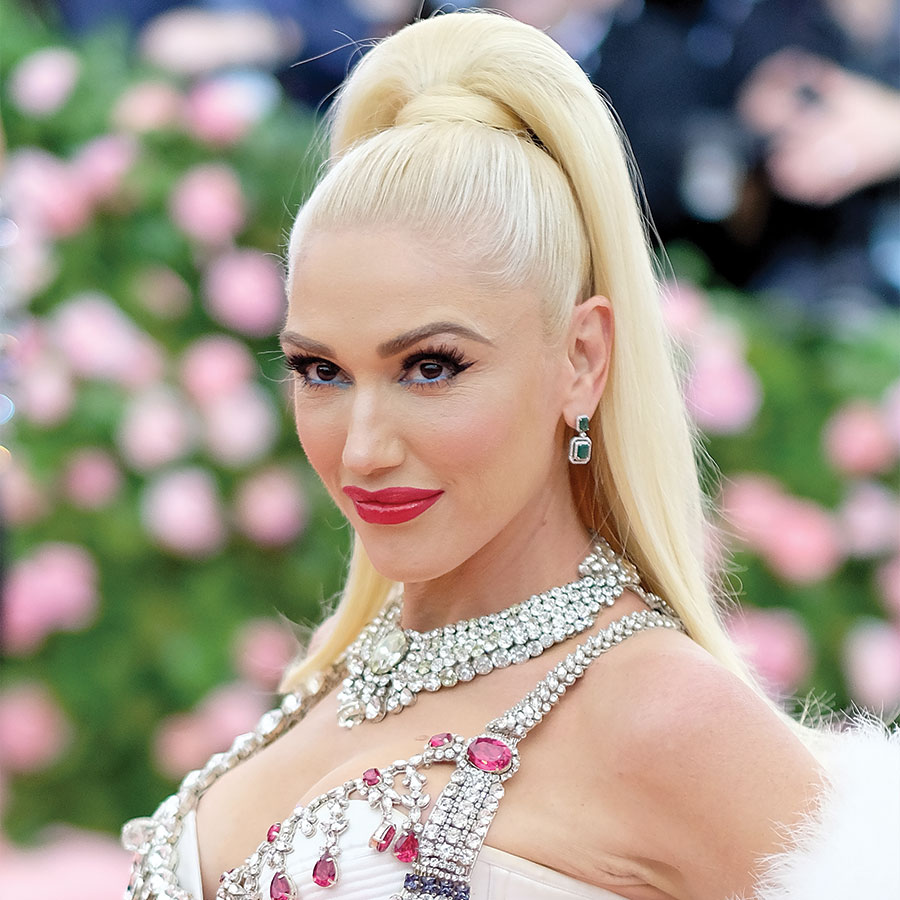 Gwen Stefani attends The 2019 Met Gala on May 06, 2019 in New York City. Photo: Dimitrios Kambouris/Getty Images for The Met Museum/Vogue

Gwen Stefani has a signature makeup look and it is Old Hollywood all the way: bold red lip, matte foundation, eyes lined with a sharp cat eye, and bold brows. She has kept that look through her transition from the co-founder/lead singer for ska-New Wave-alt pop band No Doubt (1986 to 2015, with a hiatus or two in between) to 52-year-old mom and reality talent show mentor. So naturally, she is launching a cosmetics line.

It is called GVXE, and launches at Sephora in Canada on March 10. The initial offerings include her signature lipstick (called Original Recipe, a Colonel Sanders-style secrecy reference to the fact she has always refused to identify her lipstick shade) in various finishes, plus an eye pencil and brow products. She is staying firmly on brand for her first foray into the multibillion dollar business.

It is not her first “celebpreneur” brand, though: in 2003 she launched a fashion line called L.A.M.B., a department store line of cool-kid clothes named after her first solo album, Love, Angel, Music, Baby. It petered out, then made a brief return at NYFW in 2015 only to disappear again beneath the waves.

The question now is, can she compete in the buzzy world of famous faces already busy peddling their own makeup, hair and skin care brands? The most excitement in the industry surrounds labels of young stars of music and cinema (and reality TV). We have to give credit where it is due, even if it pains us. Kylie Jenner (with an outsized assist from Momager Kris Jenner) started the current celebrity beauty craze. Kylie launched her lip kits at the end of 2015 at the tender age of 18 and sold her share to Coty in 2019 for US$600 million. Whether she is an actual billionaire at this point is moot: her beauty and now skin care lines have gone from direct-to-consumer to mass distribution.

The industry was ripe for a wave of energy and attention to inclusion. Thus Rihanna’s Fenty Beauty took off like a rocket when she launched it in 2017 and her 40 shades of foundation (now 50) felt revolutionary. That led to a wave of celebrity startups, from Lady Gaga’s Haus Laboratories, in partnership with Amazon, in 2019. Then came a barrage: Ariana Grande launched REM line. Selena Gomez came out with Rare Beauty. Harry Styles commodified his gender-bending Jagger/Bowie inflected fashion statements with Pleasing, a line of gender-neutral nail polishes, with a serum and a lip oil to boot. DJ Khaled recently launched a CBD-based men’s grooming line. Naomi Osaka offers a line of SPF for melanated skin. And Millie Bobbie Brown flogs her own undereye gel pads for gen-Zers.

In the over-40 list of would-be celebrity beauty moguls there is also some competition, with former Spice Girl turned fashion designer Victoria Beckham launching beauty a few years ago, as well as a skin care collab with cult facialist Augustinus Bader that gives you what has been billed as “rich people skin.” And there is Kim Kardashian, who debuted her KKW line through a collab with little sis Kylie in 2017; the line is currently under redevelopment, and the name is set to change, not least as she dropped the West from her name in court this week.

So what might make Stefani’s offering stand out? The close association with her own beauty look is one element. She apparently spent four years in development on the products, so it is not a rush to cash in on a market. Stefani is known for having done her own makeup since the beginning for stage and screen. She even has some professional cred: one of her first jobs was at a makeup counter in her hometown of Anaheim, Calif., where she offered makeovers to customers at the mall. Stefani, now married to Blake Shelton, who at 45 is younger, has faced rumours of plastic surgery and fillers in recent years. Indeed she does look different these days. But she retains something very valuable: she still has cool-kid cred. There is something timeless about her attitude, her swagger and her very individual way of dressing. That she has kept a signature makeup look for 35 years in the spotlight is quite something special. Indeed, the red lips and cat eye looked older than her years in the beginning — and provided a startling contrast when she was toying with youthful, cutesy Japaense Harajuku girl fashion (sidenote: this didn’t end well, it was right at the beginning of society holding artists to account for cultural appropriation).

But now, having stayed the course with her beauty look for so long, it suits her real age. There is something appealing about that. It makes me want to copy her lip colour, now she has finally revealed it. It looks like it might just be transformative. And if makeup is nothing else, it has to hold the promise of transformation.