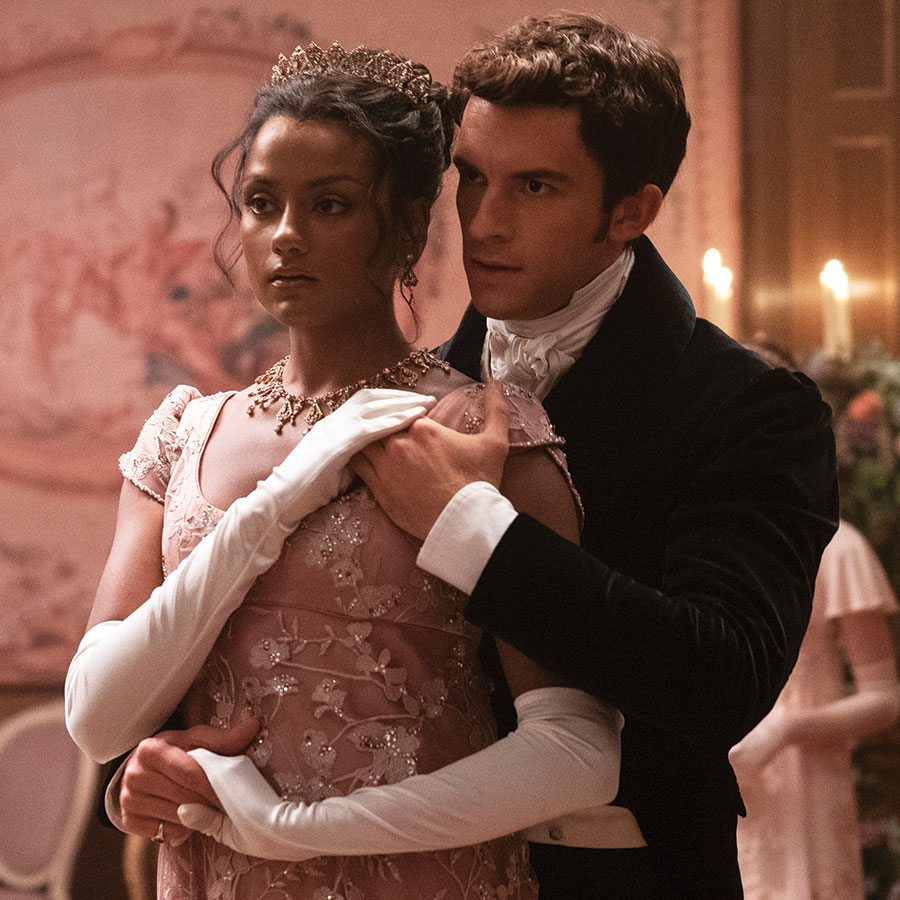 The hit Netflix series, created by Shonda Rhimes, a champion of strong female-focused dramas, was considered groundbreaking in its colour-blind approach to casting. Photo: Liam Daniel/Netflix

Dearest Reader: What happens when duty is in conflict with the heart’s true desire?

In the official trailer for Season 2 of Bridgerton, it’s the question posed by Lady Whistledown, the local arbiter of scandal and gossip, through her dispatches to the Regency set.

As we learned in the first trailer, the Viscount is on the hunt for a wife. And one of the Sharma sisters, newly arrived from India, might just fit this “former capital R Rake’s idea of a suitable match. Daphne (Phoebe Dynevor) returns to help her brother Anthony (Jonathan Bailey) look for love, while Kate Sharma (Simone Ashley), the gatekeeper to her younger sister Edwina’s (Charithra Chandran) heart, may see the Viscount in a way in which even surprises herself. Kate? Edwina? Both? Simply scandalous! But the search for true love sometimes is.

Dearest gentle reader, did you miss me?

Yes, Lady Whistledown, we certainly did!

The teaser trailer for Bridgerton was released on Monday, and we’re all aflutter to see what’s next. The series, created by Shonda Rhimes (Grey’s Anatomy), a champion of strong female-focused dramas, was considered groundbreaking in its colour-blind approach to casting, even suggesting that one very famous royal of the Regency period was black (which may have some factual backing).

The trailer opens with the dulcet tones of Julie Andrews, who voices the mysterious gossip columnist, Lady Whistledown, and she sets the tone.

And gossip, naturally. The intrigue continues, this time with Lord Anthony Bridgerton’s bid to find a bride. Queen Charlotte, who always wants to be the first in the know, leads the obsession with Lady Whistledown’s musings on the flirtations and machinations of the well-heeled Regency set.

The series, which blew up Netflix during the height of the pandemic, had us hot and bothered with a passion for the plight of sharp-witted Daphne Bridgerton, the local aristocratic beauty, whose family is a tad down on their luck. She’s also caught the eye of Queen Charlotte and, after a sizzling sparring match of brains and beauty — bodice-ripping sexual tension that lasted episodes — she captures the heart of the duke (played by newly minted heartthrob Regé-Jean Page).

The duke is not returning and Daphne is mostly absent from this season,  but no matter, Lord Anthony is set to steam up the screen when he meets the beautiful Kate and Edwina Sharma, South Asian sisters newly arrived from India. Of course, true to his character, Anthony has set his standards to a level that perhaps no woman can achieve, his search among the latest debutantes continues to fall flat, in his estimation. But then, the Sharmas arrive. Who shall it be? The demure Edwina or the razor-sharp Kate?

Lady Whistledown will be sure to tell us. After all, she’s not just honing her skills. As she informs us in the trailer: She’s also sharpening her knives.

Season 2 of Bridgerton drops on March 25 on Netflix.