Unpacking the Cosmically Comic Relationship Between Elon Musk and Grimes 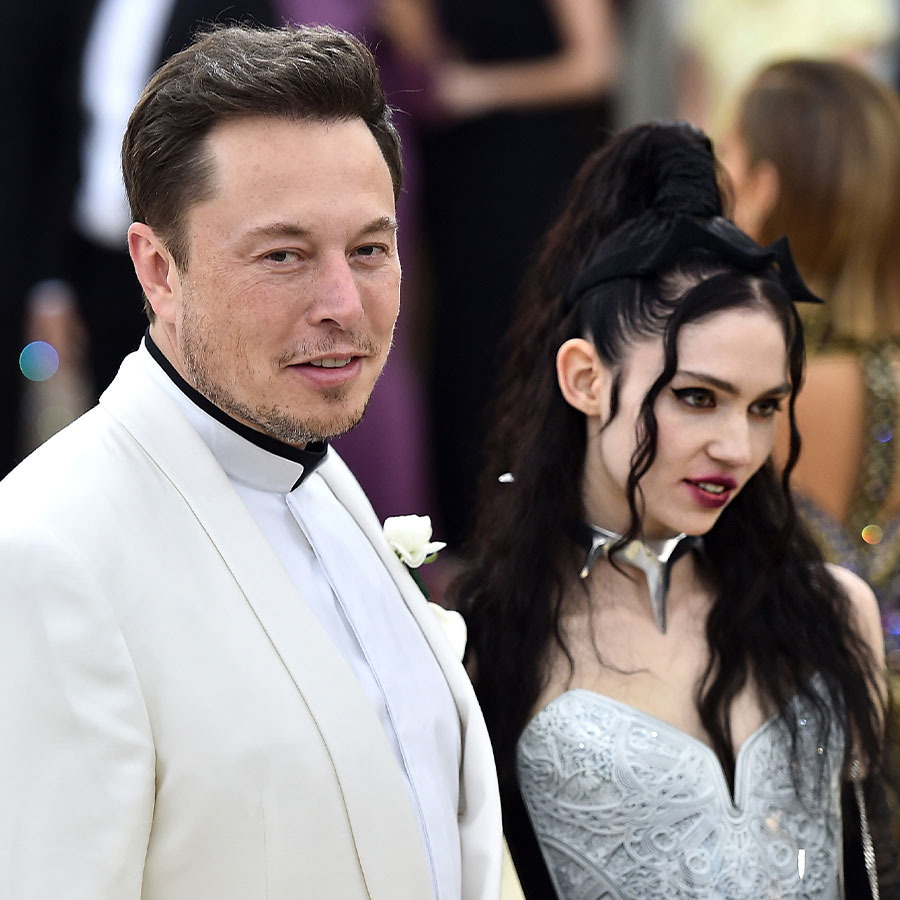 AMUSE BOUCHE: Our weekly plucked from the headlines cultural news wrapped up for you to share with aplomb.

Cosmic Co-Parents or Space Cadets, Inside the Bizarro-World That Is The Musk-Grimes Affair

Naming their children after letters in the alphabet, breaking up after each baby, moving to Mars — Elon Musk and Canadian pop-star Grimes bring non-conformist parenting to new heights.

Charting the gender chromosomes, working their way through the Latin and Greek alphabets — who knows? What is understood is that the duo who spilt up every time she has a baby, lived apart while together, perhaps that’s why her pet name for Musk is … “Bro.”

It turns out that Musk, the richest man on Earth, is a spectacular tightwad. He resides in a tiny 375-sq. ft. house and lives a lifestyle that Grimes described to Vanity Fair thusly: “Bro does not live like a billionaire. Bro lives at times below the poverty line. I was like, ‘Can we not live in a very insecure $40,000 house where the neighbours, like, film us, there’s no security, and I’m eating peanut butter for eight days in a row?’ I’m not super into amenities. But, um, I need nutrition and stuff.”

Musk often wonders if Grimes is “real” — and not a simulation. “We keep having this conversation where E’s like, ‘Are you real? Or are we living in my memory, and you’re like a synthesized companion that was created to be my companion here?’” Grimes relayed to Vanity Fair. “The degree to which I feel engineered to have been this, like, perfect companion is crazy.”

Adding that she doesn’t think the term “manic pixie dream girl’ is an insult because she “exactly identifies with all of those terms,” the quantum physics concubine clarified the pair’s oddly regressive, gender-specific parenting arrangement. They’d agreed that the “best situation” was for Grimes to “train” the girl and for Musk to “train” the boy. Um, okay …

A noted Montrealer, Grimes’ mother Sandy Garossino is a former crown prosecutor and current public affairs columnist for Canada’s National Observer who has publicly called out Elon’s “bullshit” on Twitter.

On the other side, Elon Musk’s mother is supermodel Maye Musk, now 73 and still working, has trailblazed a path for older beauties. Maye was born in Regina, Sask., but raised in South Africa, and her son Elon attended Queens University in Kingston, Ont., when he immigrated from Pretoria in 1989. Maye appears more approving of the Elon-Grimes union than Garossino. In 2020, she posted a clip of her runway walk to a Grime’s song, to which Grimes commented: “Amazing.”

“Ready to die with the red dirt of Mars beneath my feet,” Grimes posted to Twitter in 2021. This year, she says “the most radical thing I could do is just become Marie Antoinette.”

Will Rotterdam Dismantle a Historic Bridge so Jeff Bezos Can Sail His Mega-Yacht Out of the Shipyard?