Canadian Rocker Bryan Adams Is Back on the Road With His New Album, ‘So Happy It Hurts’ 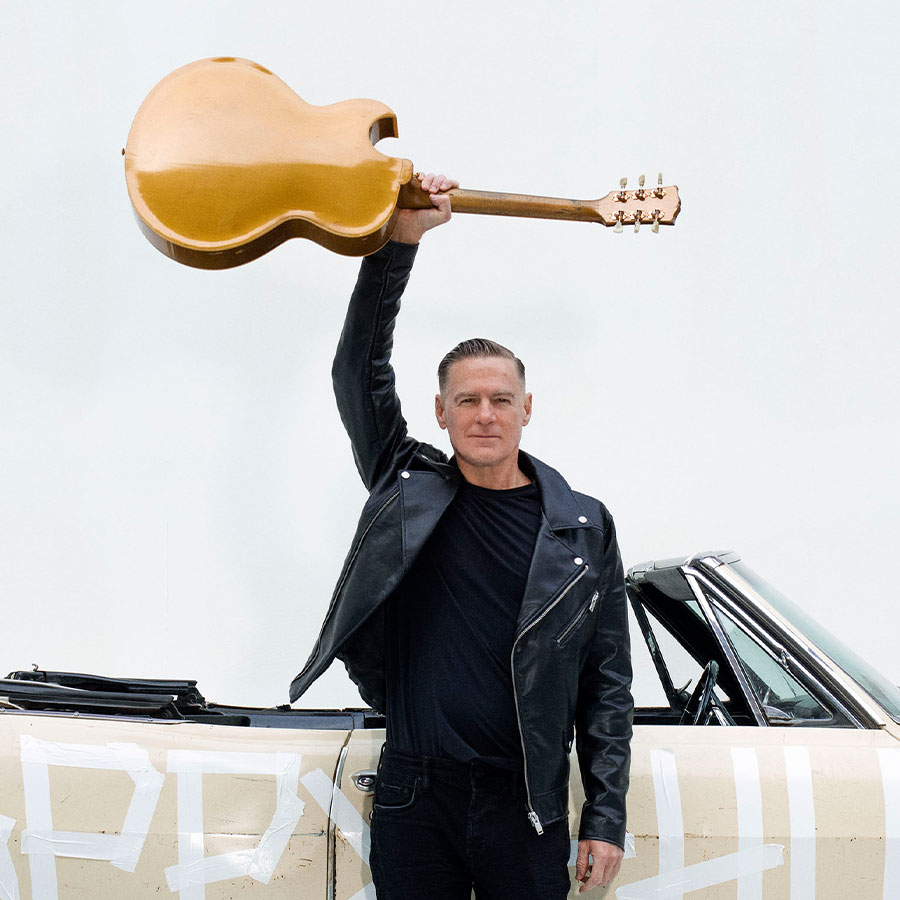 Bryan Adams says his new album, which dropped Friday, "touches on many of the ephemeral things in life that are really the secret to happiness, most importantly, human connection." Photo: Bryan Adams

Bryan Adams put the proverbial cherry on top of his post-lockdown return on Friday with the release of his 15th studio album, So Happy It Hurts.

The Canadian rock legend, who’s in the middle of a European tour to promote the album, announced the new offering on Twitter along with a new video for one of the tracks, “Always Have, Always Will.”

The new album came together during the pandemic, which the Canadian rocker used as inspiration. The unlikely muse is especially evident in the album’s title track, which was born out of Adams’ longing for spontaneity and social connection as the world screeched to a halt.

“The pandemic and lockdown really brought home the truth that spontaneity can be taken away,” Adams, 62, said in a statement about the new album.

“Suddenly all touring stopped, no one could jump in the car and go. The title song, “So Happy It Hurts”, is about freedom, autonomy, spontaneity, and the thrill of the open road. The album of the same name touches on many of the ephemeral things in life that are really the secret to happiness, most importantly, human connection.”

The type of freedom a musician gets from touring would influence his work on the prestigious Pirelli calendar for 2022. For the shoot,  the talented lensman — whose work has been featured in our Zoomer pages as well as those of Vogue, GQ and Vanity Fair — shot fellow A-list musicians including Cher, Iggy Pop and Jennifer Hudson, capturing each of his subjects as if they were on tour.

For Adams, the closeness of the two projects exemplifies an interplay between the two art forms.

“For me, one helps the other, you know: A change is as good as a rest,” he told Zoomer while discussing the calendar. “Making photos is an escape from my usual world of music and touring, and it’s an amazing creative release. It helps glue what I do together, that’s for sure.”

The Canadian rockstar is having quite the week. On Thursday, Adams was announced as an inductee for the Canadian Songwriters Hall of Fame alongside his frequent collaborator and friend, songwriter Jim Vallance.

The pair have certainly earned their spot. Previously, they were jointly recognized with the 2017 SOCAN Lifetime Achievement Award for more than 35 years of songwriting success and excellence.

Their work together includes Adams’ 1983 album, Cuts Like a Knife, which featured the monster hit “Straight From the Heart,” while their followup was Reckless, which included seminal hits “Summer of 69”, “Run to You” and “Heaven,” their first chart-topping single.

In 2018, they also collaborated on the music and lyrics of Broadway’s Pretty Woman: The Musical.

Adams and Vallance will be honoured along with other soon-to-be-announced inductees at Toronto’s Massey Hall on Sept. 24, 2022.

“A Slice of Road Life With a Touch of Fantasy” Bryan Adams on Shooting Cher, Iggy Pop and Others for the 2022 Pirelli Calendar

Bryan Adams at 62: Charting the Canadian Rock Icon’s Post-Lockdown Return With a New Album, Tour and a Vegan Startup