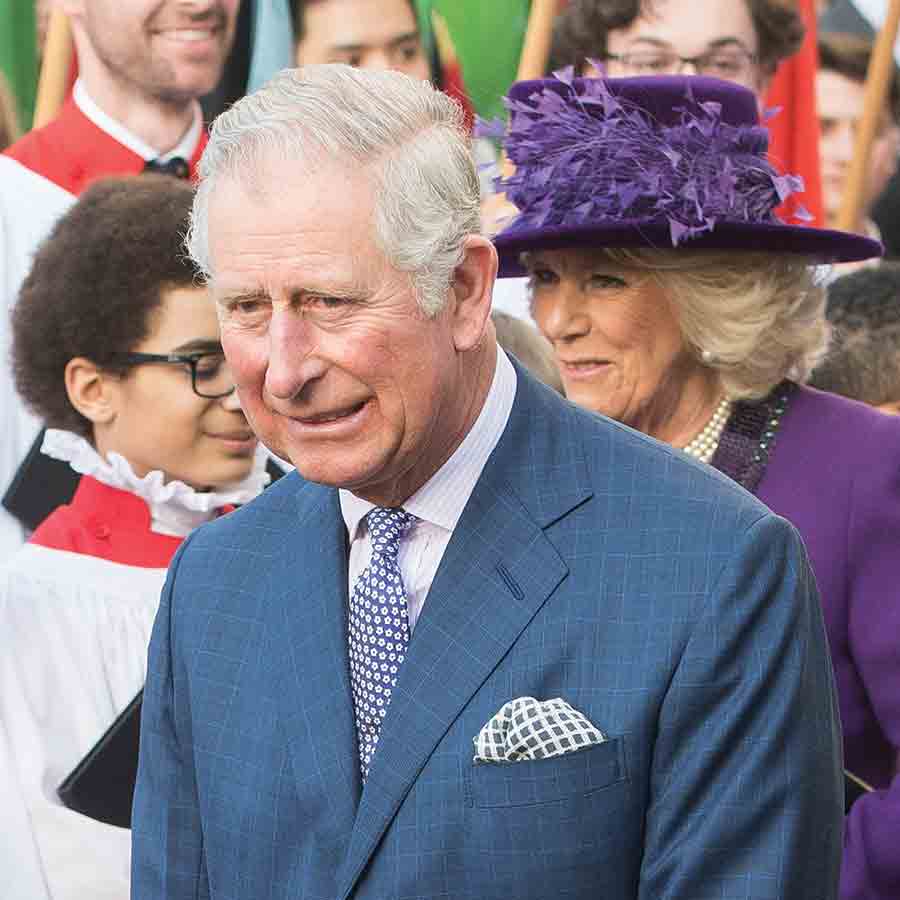 The Commonwealth Day service, held yesterday at Westminster Abbey, is a tremendously important day on the Royal Family’s calendar. Prince Charles and Camilla, Duchess of Cornwall, along with the Duke and Duchess of Cambridge, led the celebration of thanks for the 54 member nations that make up the Commonwealth.

The Queen pulled out of the event at the last moment — indeed, after the order of service was printed — without citing a reason, but on the heels of ongoing poor health, mobility issues and a very recent recovery from COVID-19.

As always, the event is royal theatre at its finest, and observers are able to parse the smallest of gestures to glean insights and speculation as to the state of play inside the palace walls. After two years of cancelled in-person events, this was the first Commonwealth Day service since the farewell of the Sussexes. It was at the 2020 service that Harry and Meghan bid a final adieu to life as senior royals: remember that stunning green Emilia Wickstead outfit Meghan wore?

What people really remember though, and what was on everyone’s mind yesterday, was how very tense that day was: there was a kerfuffle about order of precedence, with the Cambridges set to enter before the Sussexes. Neither brother, nor their wives, made eye contact for the entire service, with cameras trained uncomfortably on them all. This was the beginning of the war of Diana’s sons, which played out further last year at Prince Philip’s funeral and the unveiling of Diana’s statue.

Thus was with relief and a bit of exaggerated warmth played for the cameras this year that William and Kate greeted Charles and Camilla. Father and son shook hands, smiling. Kate kissed her father-in-law on both cheeks. Then she turned to Camilla, and appeared to almost curtsey as she bent down at the knees to kiss her stepmother-in-law on either cheek. Now, things have changed recently: on the 70th anniversary of her accession to the throne, Queen Elizabeth expressed her desire for Camilla to become Queen Consort when Charles becomes king, “in the fullness of time.”

This takes us back to that pesky order of precedence, the set of rules that governs who bows and curtseys to whom within the Royal Family, and how that changes in public and private circumstances. In 2005, when Camilla married Charles, she normally would have been curtseyed to by everyone lower on the rung than Charles (as in, everyone but the Queen and Prince Philip at the time), but the key is only when she was with her husband.

The Queen changed things so that blood princesses (at the time, Anne the Princess Royal, Princess Alexandra, the Queen’s cousin, and Princesses Beatrice and Eugenie, would take precedence over Camilla, when Camilla was not with Charles). This was because Anne, in particular, was said to be unwilling to bend the knee for her brother’s former mistress. Whew, it’s a minefield.

So technically, Kate was likely not curtseying, unless the order of precedence has been changed again and we don’t know about it. More likely, it was a deliberate and theatrical show of respect and support for Camilla. And it was a show of family unity. One British paper called the knee dip “a gesture of inconvenience,” which it also concluded was a deliberate show of respect. Kate also touched Camilla’s arm, again, a clear gesture of affection.

The occasion calls for the most formal of daywear for royal women: Kate chose a new Catherine Walker coat dress in royal blue (a posy of yellow flowers given to her after the service made it the second riff on the Ukrainian flag for the duchess this past week); Camilla chose royal purple, a colour she customarily wears to Commonwealth Day.

As the Queen’s schedule has been pared down so significantly, this event really marked the debut of the new royal lineup, the future of the monarchy, as much as it cleared the air and signalled a healing of the wounds after the departure of the Sussexes.

Showing support for the Commonwealth is also a critical task for this next generation of royals. It wasn’t going to be a sure thing that leadership of the organization of 54 member states would pass automatically to Charels when he becomes king. But in 2018, Queen Elizabeth expressed her wishes for this to happen, and the member states duly voted to make it so. So the succession is clear, for now.

But due to increasing awareness of a need to reckon with the colonizing past of the British Empire and the role of slavery and subjugation in the creation of that empire, there is unrest inside and outside of the organization. Today 13 member states are Commonwealth Realms (Canada being one), with the Queen as Head of State; the rest are members of the Commonwealth of Nations, with stated goals of joint economic and cultural advancement. The edges are fraying: late last year, Barbados, for instance, renounced the Queen as its Head of State, but did choose to remain a Commonwealth nation.

The Queen has been dedicated to the concept of the Commonwealth since she began her reign. Commonwealth symbols were woven into her Coronation gown (a gesture that Meghan repeated in the veil of her 2018 wedding gown by Clare Waight Keller of Givenchy, who commissioned the flowers of the Commonwealth countries be sewn along the hem). She has visited all but the most recent members on royal tours.

There is a full-court press charm offensive on the horizon with a slate of tours by senior royals to Commonwealth countries to mark the Jubilee year, with William and Kate headed to Belize, Bahamas and Jamaica, which has plans to follow Barbados in removing the Queen as head of state to become a republic; Edward and Sophie off to Antigue and Barbuda, Grenada, St. Lucia and St. Vincent and the Grenadines; and Princess Anne will tour Papua New Guinea.

Back to Harry and Meghan and their lasting presence on the Commonwealth front. Harry was named Commonwealth Youth Ambassador, and he was president (with Meghan serving as vice-president) of the Queen’s Commonwealth Trust; Meghan was also involved with Commonwealth Universities. They relinquished all these roles in February of 2020 when they stepped down from service to the Crown. This was widely seen as a huge loss in potential bridge building, as the biracial couple represented a new beginning in Commonwealth relations. Young and popular, the couple could have reached the 2.5 billion Commonwealth citizens, about two thirds of whom are people of colour, and under 30.

By the summer of 2020, the Sussexes, by then ensconced in their new home in California, lobbed a challenge at the organization from the outside. In a statement given at the height of the Black Lives Matter movement, Harry said: “When you look across the Commonwealth, there is no way that we can move forward until we acknowledge the past.”

Meghan continued the message, adding: “We’re going to have to be a little uncomfortable right now, because it is only in pushing through that discomfort that we get to the other side of this and find the place where the high tide raises all ships.” Equality, she said, “does not put anyone on the back foot, it puts us all on the same footing — which is a basic human right.”

The Queen herself acknowledged this imperative in her written address to what she calls the “family of nations” as she affirmed her vow to dedicate her life to service. “In these testing times, it is my hope that you can draw strength and inspiration from what we share, as we work together towards a healthy, sustainable and prosperous future for all.”