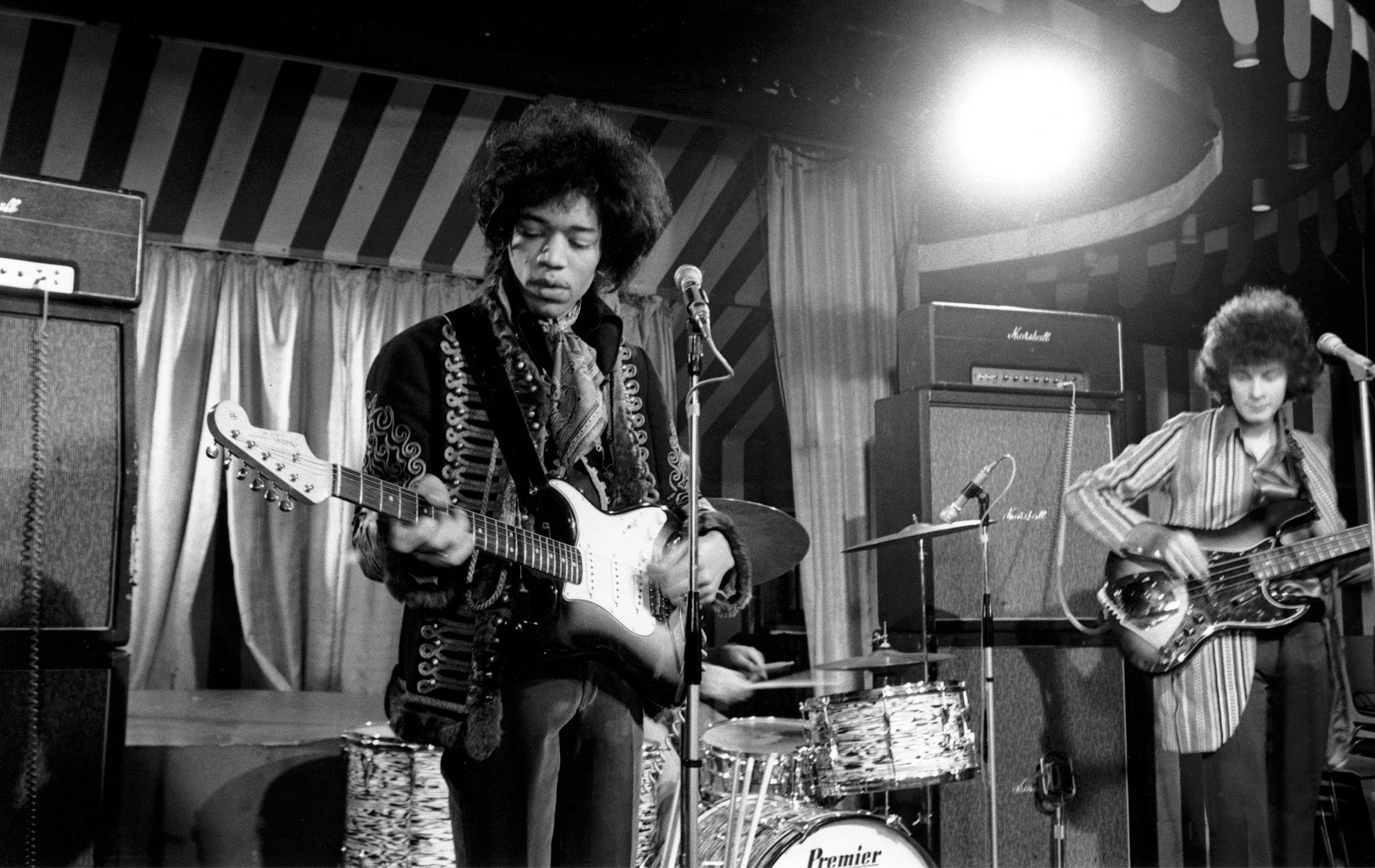 The rapid rise in popularity of psychedelic rock in the 1960s and early 1970s had a lot to do with the drug culture — but it didn’t mean the genre was devoid of creativity and deeper meaning.

The classic songs that arose from this hallucinogenic era involved experiments in everything from unconventional guitar riffs to tape splicing. The result was a genre of music unlike any other.

Here, 8 psychedelic rock songs and the “far out” stories behind their creation.

As it turns out, the lead vocals on Strawberry Alarm Clock’s biggest hit didn’t come from any of the band members.

Reportedly, the band’s two singers resented their producer’s decision to commission lyrics from outside the group and, as a result, they didn’t put any effort into singing on the hit track.

Since it was slotted for side B of their album Recess: School’s Out, they didn’t object when it was suggested that 16-year-old Greg Munford — a musician and friend of the band — sing the lyrics instead.

“They asked him to try it, and it was right in his wheelhouse,” George Bunnell, the bassist/rhythm guitarist, told LA Weekly. “So he did it and it was exactly how you hear it. Then the song started to have success [and] they asked Greg Munford if he wanted to be in the band. He didn’t…he had his own thing. The band went off and never had the lead singer of that song in the band. Completely stupid.”

The song “Incense and Peppermints” would go on to hit No. 1 on the Billboard Hot 100. For live performances, drummer Randy Seol sang the lead vocals and on some occasions even lip-synched to Munford’s original recorded vocals.

Grateful Dead’s relationship with LSD went far beyond most psychedelic bands of the time.

Augustus Owsley, a Berkley drop-out who ran a lucrative LSD empire, bankrolled the band and supplied members with an endless supply of acid.

“We had enough acid to blow the world apart…tripping frequently, if not constantly. That got good and weird,” band member Jerry Garcia told Robert Greenfield, author of Bear: The Life and Times of Augustus Owsley Stanley III.

This classic was born out of a recorded soundcheck and the mispronunciation of the lyric “in the garden of Eden” by inebriated singer Doug Ingle.

From the initial 12-minute recording, the band continued to build on the track.

“The first time we ever played it, it didn’t have a drum solo and it was 12 minutes long. But we kept adding different things, and the song just started to take on a life of it’s own,” bassist Lee Dorman says. “We would take it a certain way and then we would have to rearrange it now because we had all these solos. Finally, at 17 minutes we had to say, let’s get out of this.”

Band members Roger Waters and Nick Mason created the sound of jangling coins in the intro of “Money.”

“I had drilled holes in old pennies and then threaded them on to strings,” Nick Mason recalls in his autobiography Inside Out. “They gave one sound on the loop of seven. Roger had recorded coins swirling around in the mixing bowl [his wife] Judy used for her pottery. Each sound was measured out on the tape with a ruler before being cut to the same length and then carefully spliced together.”

Talk about a DIY musical interlude!

During a live performance, singer Jim Morrison would often go off script, improvising entire portions of a song. For him, it was the best way to test out new material.

“There’s nothing more fun than to play music to an audience. You can improvise at rehearsals, but it’s kind of a dead atmosphere. There’s no audience feedback,” Morrison told Rolling Stone. “There’s no tension, really, because in a club with a small audience you’re free to do anything. You still feel an obligation to be good, so you can’t get completely loose; there are people watching. So there is this beautiful tension. There’s freedom and at the same time an obligation to play well.”

His farewell to childhood innocence in “The End” was one such performance. The song’s surprise ending — complete with a series of wild screams and demonic F-bombs — was born out of an LSD-fuelled performance at Whisky A Go Go for which the band was fired for the following day.

On “Tomorrow Never Knows,” John Lennon wanted his voice to sound like “the Dalai Lama chanting from a hilltop”— and he was willing to go to extraordinary measures to achieve that quality.

Instead, Lennon settled for a double-tracking of his voice for the first half of the song and running his voice through a revolving Leslie speaker (a combined amplifier and loudspeaker that projects the signal from an electric or electronic instrument and modifies the sound) for the second take.

Paul McCartney was responsible for creating the famous seagull noise, which was achieved by splicing together pieces of tape that featured distorted guitars, bass and ringing wine glasses.

Vocalist Grace Slick wrote “White Rabbit” a year prior to its release while playing on a piano with missing keys following an acid trip during which she listened to Miles Davis’s album Sketches Of Spain for 24 hours straight.

While the song was criticized for encouraging drug use among youth, Slick maintained that it was more of a commentary on the latent drug imagery in children’s books.

“They all have a place where children get drugs, and are able to fly or see an emerald city or experience extraordinary animals and people,” Slick told Rolling Stone. “And our parents are suddenly saying, ‘Why are you taking drugs?’ Well, hello!”

Jimi Hendrix first played the riff of “Purple Haze” while warming up backstage for a show in London. Upon hearing the riff, his manager, Chas Chandler, who had made a habit of listening to Hendrix experiment with his guitar, stopped him immediately and told him to write the rest of it.

While many had assumed the lyrics referenced an LSD hallucination, Jimi told his biographer that they had come from a dream he had after reading Philip José’s novel Night of Light: Day of Dreams.

There’s also been some debate over the line, “Excuse me while I kiss the sky.”

When Frank Zappa’s band covered the track in 1988, they went with “Excuse me while I kiss this guy.”

Canadian Rocker Bryan Adams Is Back on the Road With His New Album, “So Happy It Hurts”