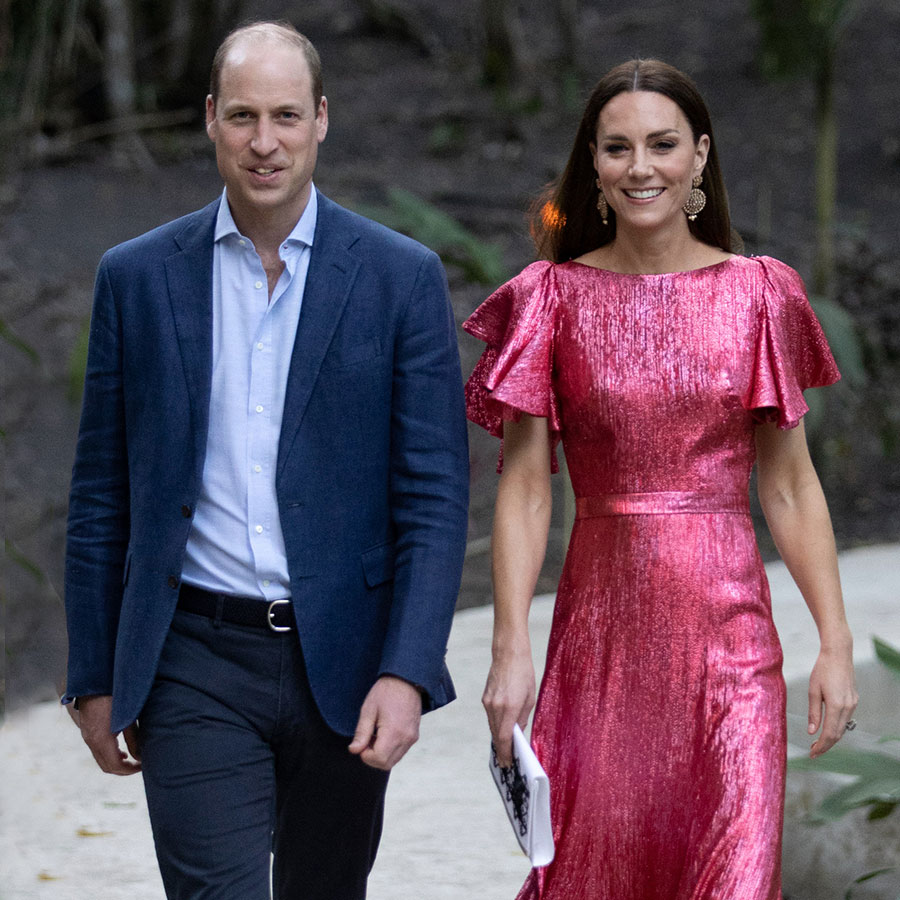 Catherine, Duchess of Cambridge and Prince William, Duke of Cambridge attend a special reception hosted by the Governor General of Belize in celebration of Her Majesty The Queen’s Platinum Jubilee on March 21, 2022 in Cahal Pech, Belize. Photo: Pool/Samir Hussein/WireImage/Getty Images

Britain’s Prince William on Monday paid tribute to Ukrainians struggling for survival in their homeland after he and wife Kate visited a British military training camp in the jungles of Belize during their week-long tour of the Caribbean.

Prince William, a former British Royal Air Force pilot, spoke about safeguarding democracy and pointed out that Belize had joined many other nations condemning Russia’s invasion of Ukraine.

“Today we think of those struggling in Ukraine and we stand with them in solidarity,” Prince William said during a formal dinner on the grounds of the Cahal Pech Archaeological Reserve with Belize’s prime minister.

The visit of the Duke and Duchess of Cambridge to the Central American country coincides with the celebration of Queen Elizabeth’s 70th year on the throne and comes at a time of growing scrutiny of colonial-era British conduct in the Caribbean.

The couple drank water collected in a water vine as they met military personnel from Britain and Belize.

Prince William split palm leaves to find water, and the couple were shown shelters and animal traps made from jungle materials as part of the survival techniques used by soldiers.

The visit stirred memories of William’s gap-year travels to Belize more than two decades ago. The prince, aged 18 at the time, joined the Welsh guards for a rugged trek through the jungle after graduating from Eton in 2000.

He recalled receiving his A-level results while deep in the jungle.

“It really was mortifying having my grades read out over a military radio with a whole bunch of soldiers listening in,” Prince William said. “Thankfully the results weren’t too bad.”

Earlier in the day the royal couple visited ancient Maya ruins at Caracol in central Belize, climbing pyramids and exploring the vast archaeological site in the Chiquibul Forest Reserve.

“Wow!” Kate said as the couple scaled a major temple and gazed at a panoramic view of the Maya ruins nestled among the lush vegetation of the forrest reserve on the third day of their tour of the Caribbean.

The couple were given a private tour of the site, including the “Caana”, or the sky palace, which the Maya people thought would help them communicate with the gods. Caana remains one of the tallest structures in Belize.

Before the royal couple had even left Britain, a protest by a few dozen villagers at a planned Belize tour stop prompted organisers to change Sunday’s itinerary in the country which was known until 1973 as British Honduras.

Their visit takes place nearly four months after Barbados voted to become a republic, cutting ties with Britain’s monarchy but remaining part of the British-led Commonwealth of Nations.

William and Kate are due to depart Belize on Tuesday morning, and move on to Jamaica and the Bahamas.

Debates over colonial-era abuses and plans to seek reparations for slavery in Jamaica could push more countries to follow the recent move by Barbados, academics say.