Justin Bieber Collaborates With the Toronto Maple Leafs on New Reversible Jerseys — But Will Fans Embrace Both Sides? 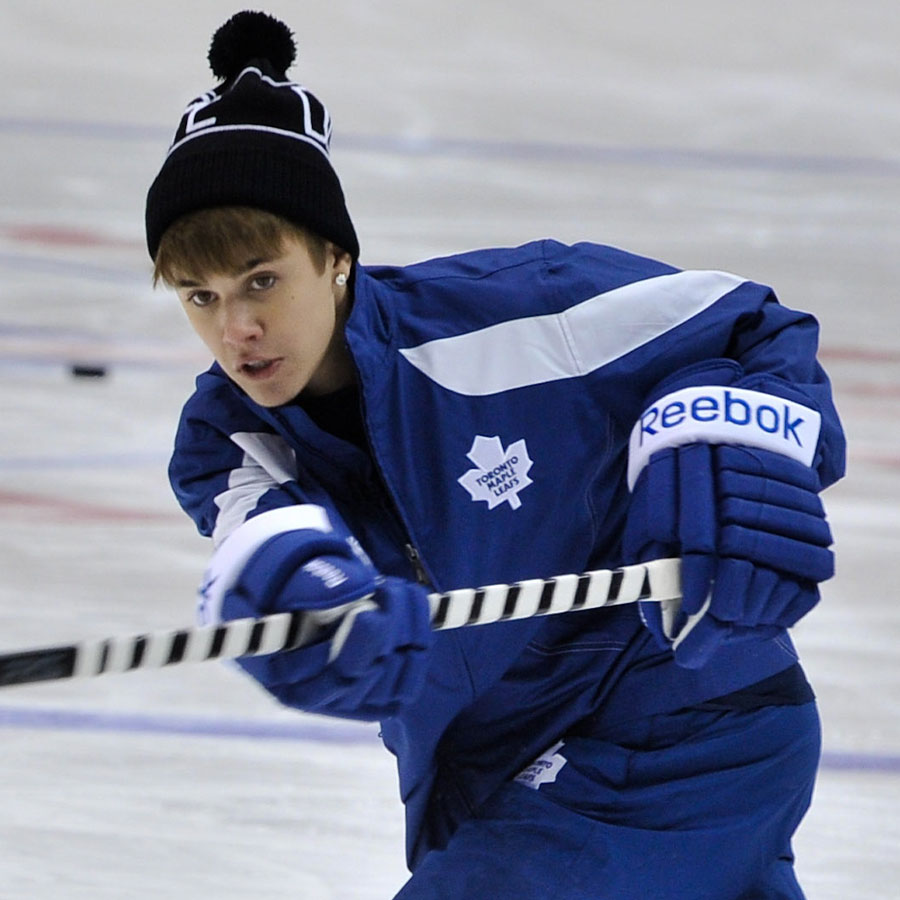 For Wednesday night's game against the New Jersey Devils, the Toronto Maple Leafs donned their alternate Next Gen reversible jersey, which was created in a partnership with Canadian musician Justin Bieber — a die-hard Leafs fan seen here in 2011 — his lifestyle brand Drew House, the NHL and Adidas. Photo:George Pimentel/WireImage/Getty Images

UPDATE: The Toronto Maple Leafs won their first game wearing their Next Gen uniform, beating the New Jersey Devils 3-2 in front of a raucous hometown crowd that included Justin Bieber.

The Biebs headed into the Buds’ locker room after the game to receive some love from the players, and it was all captured by the Maple Leafs’ social media team.

With the jury still out on the Timbits he helped design as part of his partnership with Tim Hortons, Justin Bieber is putting his creative stamp on yet another Canadian staple: the Toronto Maple Leafs.

On Wednesday night, the Leafs will debut their Next Gen uniform — the league’s first reversible jersey created in collaboration with Justin Bieber’s lifestyle brand, Drew House, Adidas and the NHL — in their game versus the New Jersey Devils.

“My love for the Maple Leafs has always been a big part of who I am, and my passion for the team, and the passion of millions of fans, is stitched into
this Next Gen sweater,” Justin Bieber, 28, said in a press release. “I’m grateful to the Leafs for the chance to team up again to create something so authentic for the team and its fans.”

The side fans will see on the ice features a black and blue colour combination showcasing the traditional crest with a shibori-inspired print and the Toronto skyline woven into the bands on the arms. The reverse side is black with gold trim and features the Maple Leaf crest with the Drew House logo incorporated into it.

Like his Timbiebs, which saw young Beliebers flock to Tim Hortons for the pop star’s take on the bite-sized classic (not to mention the Timbiebs swag like hats and tote bags), the new jersey — and the Next Gen game — is an attempt at introducing a new generation of fans to the team.

“Since its inception during our 100th anniversary celebrations in 2017, the Next Gen game has become an annual team event where all our fans, young and old come together to celebrate, and in some cases introduce and share their passion with our next generation of Maple Leafs fans,” Brendan Shanahan, Toronto Maple Leafs President and Alternate Governor said in a press release. “We are excited to be able to take Next Gen to another level with this special uniform designed with our next generation in mind.”

Online reaction to the new threads have been primarily positive,  but enthusiasts may have to be more Belieber than Leaf fan to embrace the black and gold reverse side of the new jersey. That’s because fans young and old have pointed out that the colour scheme is that of a Leafs arch nemesis, the Boston Bruins.

Bieber, a lifelong Leaf fan himself, would have been just shy of 20 when, in 2013, the Boston Bruins dealt Toronto one of its most excruciating first-round playoff defeats, storming back from three goals down in the third period to beat the Leafs in overtime in Game 7. The Bruins would crush Toronto’s Stanley Cup hopes in 2018 and 2019 as well.

Bieber is no stranger to Boston’s taunting, either. Ahead of Toronto’s 2019 game seven defeat, Bieber sent a tweet to the heavens asking for a little home-town support for his team. Boston Bruins right winger David Pastrnack would throw salt in the wound after the crushing loss, with a two word tweet at the pop star: “Not today.”

Of course, the reverse side of the new jersey has nothing to do with any change in allegiance for the pop star. Instead, it represents the Drew House brand, which uses the colour combo for its logo and the bulk of its merchandise.

Still, Toronto’s aversion to Boston in the world of hockey isn’t something that can be shrugged off. Older fans might recall — under the supervision of a therapist — playoff heartbreaks at the hands of Boston in the late ’60s and early ’70s, which included two sweeps and an embarrassing 10-0 shutout.

So while the youngest crop of fans — and those just hopping on the band wagon — might alternate between the two options, the battle-tested and heartbroken Leaf faithful will likely keep the black and gold on the inside, along with the painful memories those colours evoke.

Tim Hortons and Justin Bieber’s Timbits: The Most Canadian of Intergenerational Collabs