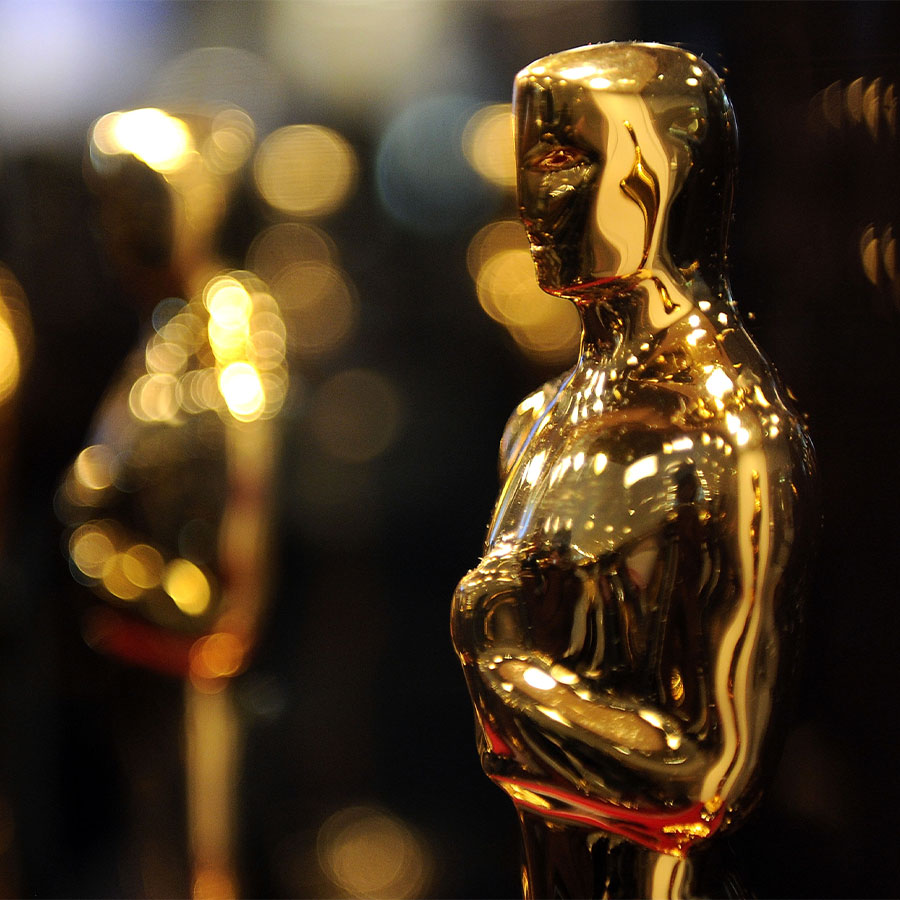 Aside from the normal speculation around who will take home the gold on Oscar night, this year's Academy Awards ceremony features fan voting and other initiatives that organizers hope will stop the ratings slide of previous years. Photo: Andrew H. Walker/Getty Images

If the 94th edition of the Academy Awards this Sunday look and feel different from years past, then the Academy of Motion Picture Arts and Sciences (AMPAS) has done its job. Though the official theme of this year’s Oscars is “movie lovers unite,” a more apt — if not clunkier — handle might be “come back, dear viewers, we need you and are striving to entice you!”

Like all things under the sun in 2021, last year’s Oscars were upended by the pandemic, which pushed its air date back to April and found the socially distanced and hostless show, produced by filmmaker Steven Soderbergh among others, partly unfolding in downtown Los Angeles’ Union Station.

It also found its ratings in the toilet, with just 9.23 million viewers tuning in, a 51 percent drop from the 18.69 million viewers who watched the year before, according to Variety. (That’s a far cry from 1998 when some 55 million viewers watched Titanic win Best Picture during the most-watched Oscars ever.)

The demand for viewer eyeballs is fierce and AMPAS have introduced multiple changes this year to lure warm bodies away from Netflix, Prime, YouTube and other content producers for a few hours on Sunday night.

To further engage the public, the Academy mounted a robust online campaign, encouraging people to vote on Twitter for their favourite movie of 2021 using the #OscarsFanFavorite hashtag (or by casting a ballot on the Oscars Fan Favourite website). Though not an official category, the winning fan-favourite film of the year will nevertheless be announced live during the 2022 show.

According to Entertainment Weekly, “Select participants also stand to win a trip to the 95th Oscars in 2023, where they’ll potentially present an actual trophy during the broadcast.”

Somewhat oddly, the Academy is also asking audiences to tweet their #OscarsCheerMoment, spotlighting scenes in films that made them “erupt into cheers in theaters” while watching. Five winners selected from this pool of participants will win fat goodie bags.

Which is nice, I guess, if not a bit of a cry of desperation for viewer engagement. But considering some of the sober, non-cheer-inducing titles competing for hardware this year — Kenneth Branagh’s childhood ode Belfast, Joel Cohen’s The Tragedy of Macbeth, Japan’s Drive My Car about a theatre director mourning his dead wife — it seems likely the #OscarsCheerMoment will instead fête either a superhero, an elite British spy, or some other outlier with box office mojo but negligible awards cred.

All of that underscores the fact that, for better or worse, the Oscars don’t generally reflect broader mainstream tastes. Also, because of the pandemic — and the popularity and abundance of the above-mentioned streaming services — loads of popular movies didn’t screen in theatres last year. So maybe they should rename this initiative #CheerThatSentYourCatSnowballScurrying.

Of course, complaining about the Oscars — who should have been nominated but wasn’t, who was nominated but robbed, ghastly casting and performance decisions, its lack of representation, its dubious red carpet outfits — is as much a part of the Oscars’ appeal as its vast well of trivia and ability to push even casual observers toward wagers on who will bag the top prizes.

Also, who doesn’t look forward to witnessing firsthand that guaranteed weird/controversial/WTF Oscar moment that will meme-ify and dominate social media for days? And this year, the annual salute to those who have died will be especially poignant as fond farewells are extended to beloved stars like Betty White, Norm Macdonald, Michael K. Williams, Clarence Williams III, Charles Grodin and Olympia Dukakis, among others.

As for the presumed big-ticket winners, 67-year-old Jane Campion’s Netflix-backed The Power of the Dog — which leads the pack with a total of 12 marquee nominations, including Best Picture, Best Director, Best Actor, Best Supporting Actor (times two), Best Supporting Actress, and Best Cinematography, with only the second-ever woman, Ari Wegner, nominated in this category — seems like a shoo-in for glory.

That is if you believe Variety, which takes Oscar predictions to near-scientific levels by gauging odds and handicaps against outcomes at the Directors Guild of America (DGA), Critics Choice Awards (CCA) and BAFTA Awards — all of which lead up to the Oscars.

How scientific is their process? Of the chances of the tender AppleTV+ family drama CODA scooping awards, Variety writer Clayton Davis posits, “To say that a CODA win on Oscar night trumps stats would be an incredible understatement, but it is very much possible.

“It would be the second film in history to win without a DGA nomination (since the guild has been handing out awards). The first was Driving Miss Daisy (1989). In addition, it would be the first film since Million Dollar Baby (2004) to win without a BAFTA nom for best film, which only happened because the Clint Eastwood film opened later in the U.K.”

Chew on that, popcorn lovers.

For what’s it worth, here are my utterly unscientific, completely arbitrary, barstool picks for winners in the major categories.

I’m siding with Variety and betting on a sweep for Campion’s Power of the Dog, with nods for Best Director, Picture, Actor in a Leading Role (45-year-old Benedict Cumberbatch, sooo creepy), Actor in a Supporting Role (Kodi Smit-McPhee, and not Jesse Plemons who I reckon is on track to win awards down the line), and maybe Wegner for Cinematography — though there would be no shame for her in losing to either Greig Fraser for Dune or Dan Laustsen for Nightmare Alley, who both delivered feats of complex but breathtaking filmmaking.

In the Actress categories (Lead and Supporting), I’m laying chips on Olivia Colman, 48, and Jessie Buckley, both for Maggie Gyllenhaal’s The Lost Daughter (noting a female theme here?). While Kristen Stewart had seemed like the one to beat in the Best Actress category for her eerily spot-on turn as Diana, Princess of Wales in director Pablo Larraín’s surrealist Spencer, she was snubbed at this year’s Screen Actors Guild Awards.

And as our guerilla statistician pals at Variety note, “In the 27-year history of the SAG Awards, no leading performance has been able to pull off a win at the Oscars without a mention from the key guild. In fact, only three performers — across all acting categories — have done it [all in the supporting actor/actress categories]: Marcia Gay Harden for Pollock (2000), Christoph Waltz for Django Unchained (2012) and Regina King for If Beale Street Could Talk (2018).”

I will also be cheering for Disney animated feature Encanto, in which its filmmakers paid particular attention to Colombian culture, assembling a group of experts to advise on the “anthropology, costume design, botany, music, language and architecture” of the area to ensure authenticity at every step, “from the right way to grill corn to the smallest detail of everyday life.”

While every entry in this bucket is outstanding — nominees include Japan’s Drive My Car (also competing for Best Picture), Denmark’s Flee (also competing for Best Animated Feature and Documentary), Italy’s The Hand of God and Bhutan’s Lunana: A Yak in the Classroom — something about actor Renate Reinsve’s performance as a women struggling, and mostly failing, to find herself was especially resonant. She won Best Actress for the role last year at the Cannes Film Festival.

Whether you love to hate them or hate to love them, the Oscars remain appointment viewing for film enthusiasts of all stripes, especially those eager to see little guys win big — like in 2019, when Canadian filmmaker Domee Shi’s Bao won an Academy Award for Best Animated Short. She went on to direct the new Disney/Pixar feature, Turning Red.

Rubber-necking the red-carpet looks isn’t too shabby, either. So yeah, see you on the sofa Sunday night, wine glass in hand.

From 007 to ‘Dune’, Canadian Makeup Artist Donald Mowat Reflects on Getting up Close with Some of Hollywood’s Most Famous Faces