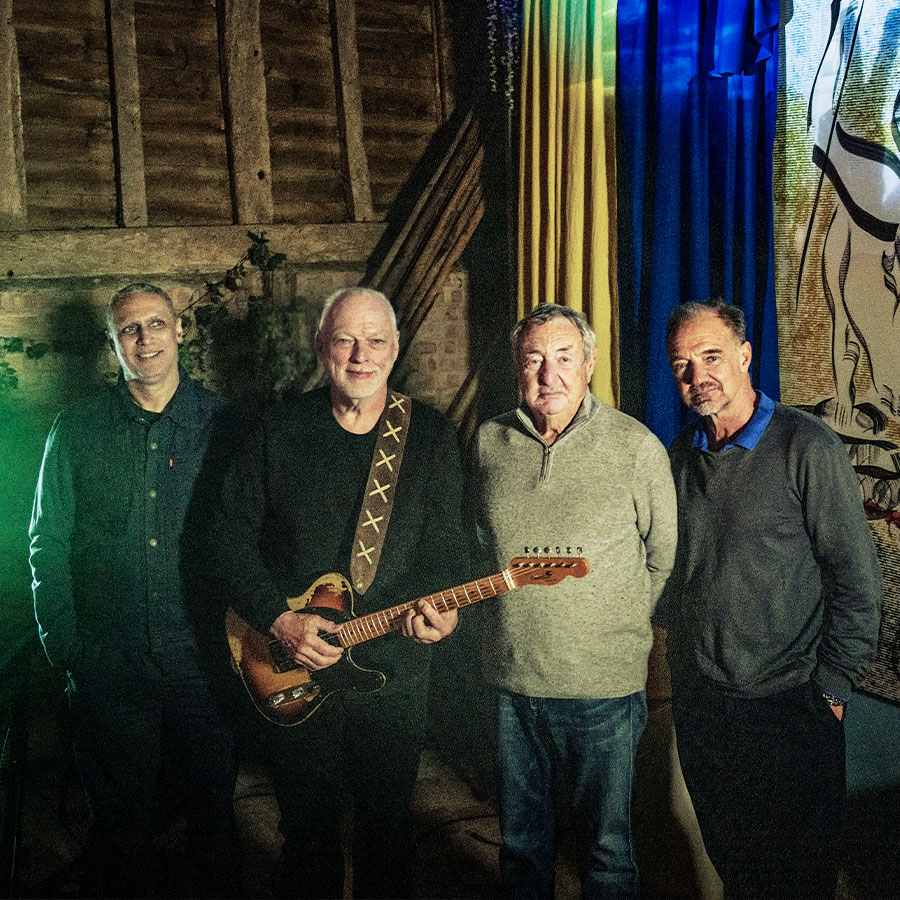 Pink Floyd have released their first new song in 28 years to support Ukraine amid the ongoing war.

The song, called “Hey Hey Rise Up,” was created to raise funds for the United Nations’ Ukraine Humanitarian Fund.

The idea came from guitarist and singer David Gilmour, 76, who has a Ukrainian daughter-in-law and grandchildren who are half-Ukrainian.

He told The Guardian he was inspired by Ukrainian musician Andriy Khlyvnyuk from the band BoomBox, who he performed with at a London benefit concert in 2015. David saw an Instagram video of Andriy in military gear singing protest song, “Oh, the Red Viburnum in the Meadow,” a capella in Kyiv.

“I thought: that is pretty magical and maybe I can do something with this,” Gilmour said. “I’ve got a big platform that (Pink Floyd) have worked on for all these years. It’s a really difficult and frustrating thing to see this extraordinarily crazy, unjust attack by a major power on an independent, peaceful, democratic nation.”

He added, “The frustration of seeing that and thinking ‘what the f**k can I do?’ is sort of unbearable.”

Pink Floyd recorded the song, which features their new music and Andriy’s original vocals, last week and shot a music video, which shows them playing their instruments as Andriy’s Instagram video screens behind them.

“I wouldn’t do this (put Pink Floyd’s name to a project) with many more things, but it’s so vitally, vitally important that people understand what’s going on there and do everything within their power to change that situation,” Gilmour explained. “And the thought, also, that mine and Pink Floyd’s support of the Ukrainians could help boost morale in those areas: they need to know the whole world supports them.”

A press release from the band also revealed they have removed all their music from Russian and Belarusian digital music providers.