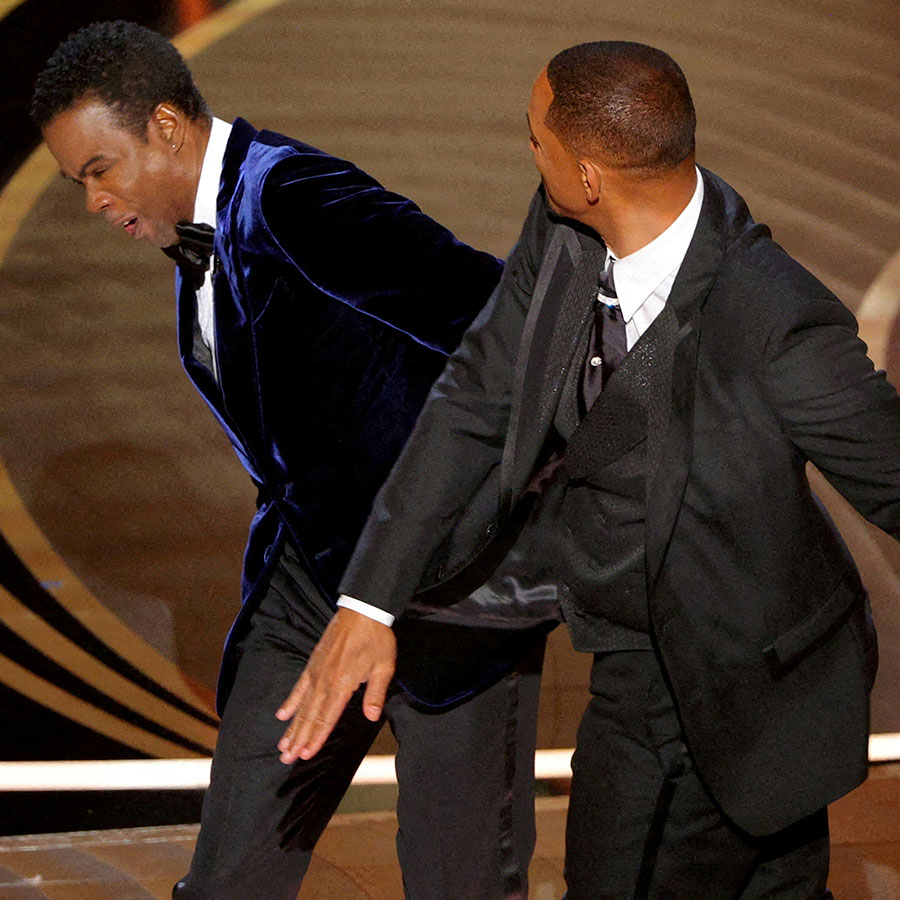 On Friday, Hollywood's film academy announced a 10-year ban against Will Smith for slapping Chris Rock at the Oscars in March. The ban, however, doesn't prevent Smith from being eligible to win an Oscar during that time. Photo: Brian Snyder/Reuters

Hollywood’s film academy on Friday said its board of governors banned Will Smith from any of its events, including the Oscars, for 10 years after the best actor winner slapped presenter Chris Rock on stage at the Academy Awards ceremony.

“The 94th Oscars were meant to be a celebration of the many individuals in our community who did incredible work this past year,” Academy of Motion Picture Arts and Sciences President David Rubin and Chief Executive Dawn Hudson said in a statement.

“However, those moments were overshadowed by the unacceptable and harmful behaviour we saw Mr. Smith exhibit on stage.”

In a statement, Smith, 53, said, “I accept and respect the Academy’s decision.”

The actor had resigned from the academy on April 1 and has issued statements apologizing to Rock, 57, the Oscars producers, nominees and viewers.

At the March 27 televised ceremony, Smith strode up to the stage after comedian Rock made a joke about the appearance of the actor’s wife, Jada Pinkett Smith, then smacked Rock across the face.

Less than an hour later, Smith gave a tearful speech on stage as he accepted the best actor award for his role in King Richard. After the ceremony, he was seen dancing at Vanity Fair‘s annual post-Oscars party.

Rock’s joke about Pinkett Smith, 50, made a reference to the 1997 film G.I. Jane in which actress Demi Moore shaved her head. It was unclear whether Rock was aware that Pinkett Smith has a condition that causes hair loss.