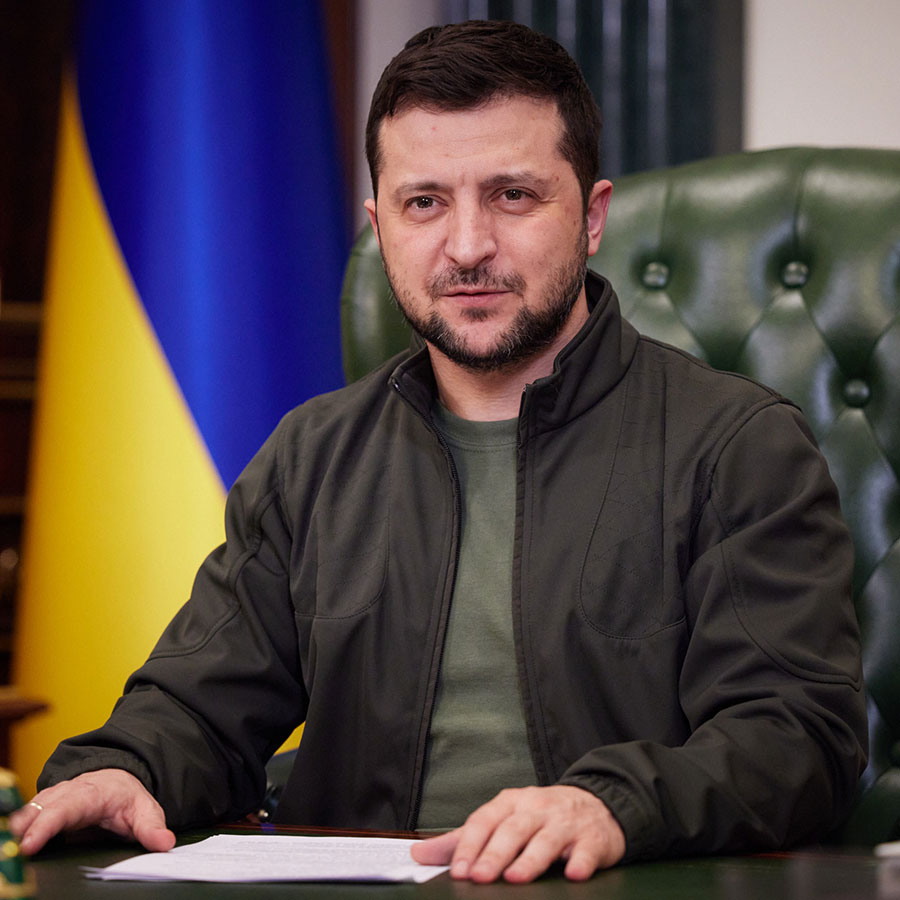 Former actor and current Ukrainian President Volodymyr Zelenskyy - seen here in 2022 - starred in the TV series 'Servant of the People' — about a teacher's improbable rise to the presidency of Ukraine — for three seasons between 2015 and 2019. The show foreshadowed Zelenskyy’s own improbable political rise, and VisionTV (a ZoomerMedia property) has secured the Canadian broadcast rights to air it beginning in April. Photo: Ukrainian Presidency/Handout/Anadolu Agency via Getty Images

Ukrainian President Volodymyr Zelenskyy continues to inspire the world as a symbol of his country’s resistance against the ongoing Russian invasion. And, as a result, the former actor and comedian’s most famous television show is finding renewed popularity.

Servant of the People, the hit Ukrainian comedy that Zelenskyy created and starred in for three seasons beginning in 2015, has proven almost prophetic and, as a result, is finding new audiences. Last month, VisionTV (a ZoomerMedia property) announced that it had acquired the exclusive Canadian rights to the series, which is now airing with English subtitles on the station Tues., Wed., and Thurs. at 10 p.m ET.

ZoomerMedia founder and president Moses Znaimer announced the show’s arrival on the station, writing, “Because he was a comedian, they called Volodymyr Zelensky a Clown when he unexpectedly came to power in a landslide. Now we call him a Hero and no one is laughing. ZoomerMedia has his story! @VisionTV will bring Servant of the People to millions of households in Canada very soon.”

Servant of the People stars Zelenskyy, now 44, as high school history teacher Vasily Petrovych Goloborodko, whose rant against government corruption goes viral after it’s filmed by a student. As a result, he is elected president of Ukraine.

Zelenskyy himself then ran for president of his country in 2019, winning an overwhelming majority for his independent “Servant of the People” party.

The fact that the show so closely mirrored Zelenskyy’s improbable real-life rise to the top political office in Ukraine, along with Zelenskyy’s own celebrated leadership on the global stage during the Russian invasion of Ukraine, has jumpstarted interest in the series again.

“In a poignant case of life imitating art, Zelensky (sic) has proven there was more to the loyal, authentic and deeply invested character he played on TV than his acting chops and smart comedic timing,” television critic Lorraine Ali wrote in the Los Angeles Times. “The unassuming Petrovych shares many of the qualities we’ve seen in Zelensky (sic) in recent weeks: Ukraine’s real-life leader is a resourceful and undaunted defender of his people, one who’s long since dispensed with the ‘perks’ of office — and in fact continues to risk his life — while broadcasting from besieged Kyiv.”

Meanwhile, entertainment critic Nick Schager added in The Daily Beast that the show, “affords a prescient peek at the hopes and dreams of Zelensky (sic) and Ukraine and, consequently, serves as a heart-wrenching reminder of the optimism that guided both during the last half of the prior decade.”

Zelenskyy, who harnessed the power of social media in his run for president, has used it masterfully to both communicate with his own people and combat disinformation during the Russian invasion of Ukraine. He’s also held high-profile talks with many world leaders in recent weeks, including addressing Canada’s Parliament in March.

“Imagine that Canadian facilities have been bombed similarly as our buildings and memorial places are being bombed,” Zelenskyy said during his speech. “A number of families have died. Every night is a horrible night.”

In addition to creating and starring in Servant of the People, Zelenskyy also won his country’s version of Dancing with the Stars in 2006 and voiced Paddington Bear in the dubbed Ukrainian versions of the films Paddington and Paddington 2 in 2014 and 2017 respectively.