All My Puny Sorrows: Sarah Gadon and Alison Pill On Starring in the Canadian Film Adaptation of Miriam Toews’ Novel 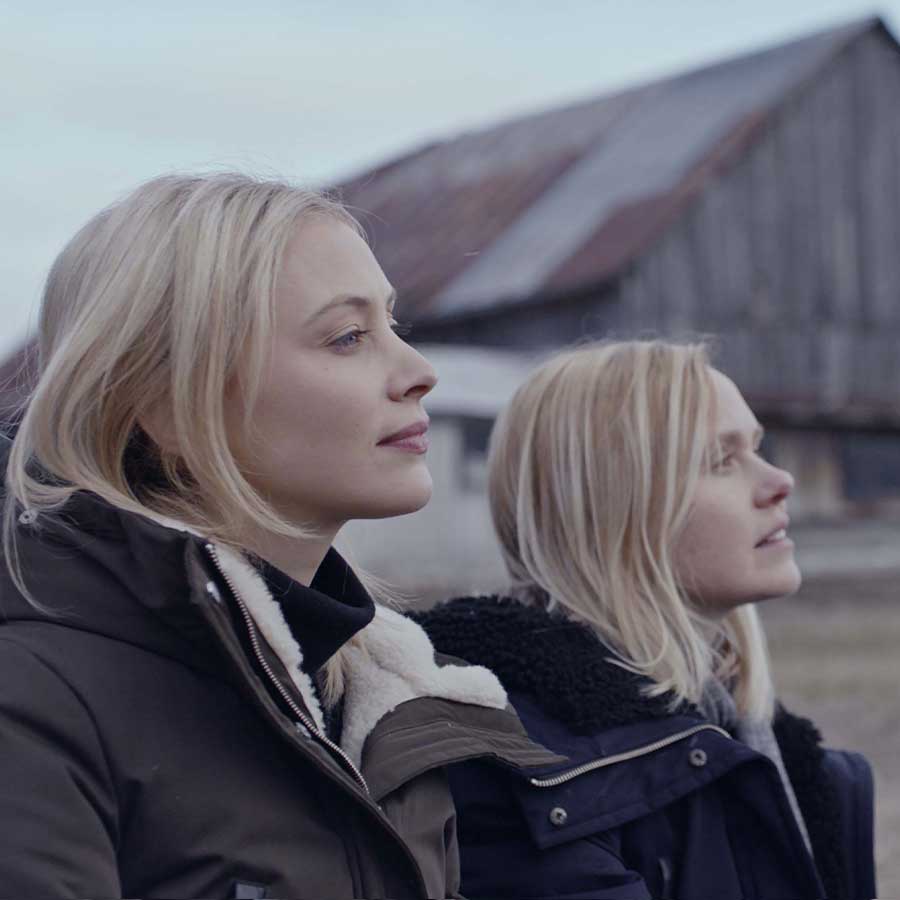 Sarah Gadon (left) and Alison Pill star as sisters in the midst of a personal life and death struggle in 'All My Puny Sorrows.' Photo: Courtesy of AMPS Productions Inc.

Adapting a celebrated and much-loved novel for the screen is a fraught process at the best of times and doubly so with Canadian author Miriam Toews’ widely fêted and award-winning 2014 novel, All My Puny Sorrows.

For her deeply intimate story about two sisters raised in a Mennonite community in Manitoba, Toews drew on her own family history — namely her older sister Marjorie’s suicide in 2010. Divorce, death, religious intolerance, community ostracism and filial love are among the book’s prevailing themes but, despite that, All My Puny Sorrows is often funny. That range distinguishes Toews, 57, as a towering talent. But it made cinematically nailing the book’s tone a feat all its own.

The Canadian-made adaptation of All My Puny Sorrows by 56-year-old writer-director Michael McGowan — which premiered last year at the Toronto International Film Festival, and opens in Toronto, Vancouver and Montreal on April 15 (and expanding throughout spring) — gets it mostly right, thanks to an excellent cast offering committed performances.

Zoomer spoke with Gadon via Zoom from her home in Toronto, and Pill, at her home in the Hudson Valley in upstate New York, about the movie and the intricacies of adapting the novel.

KIM HUGHES: Sarah, how was the experience of filming in North Bay?

SARAH GADON: I loved it. I called Karine Vanasse, who had shot three seasons of Cardinal there, and asked her where I should stay. She said, ‘Get a cabin in the woods.’ I went up at the end of fall when it was beautiful but soon it was full-on winter and I lost power, like, four times. I was alone in the woods (laughs). I’m a city kid and never experienced the far north as the seasons change. Alison and I went canoeing on the lake, her daughter came, and we had bonfires outside. It’s a magical place.

KH: Alison, what was the hardest thing to get right about this role?

ALISON PILL: I felt an obligation to Miriam, who managed to create this very clear-eyed, sympathetic but tough look at herself and her family. There was a certain amount of living up to the level of work, perspective, and ability to explore the deeper depths. It’s Miriam but it’s not, and [the film] is not the novel. So, trying to navigate between all that and staying true to that while finding my own way through the material was the toughest. I also had to explore the parts of myself I’m not so proud of, similar to how Miriam did in her work.

KH: Sarah, your character is very successful yet unhappy. Did you find yourself having conversations about what success means and what happiness means to better understand her?

SG: Miriam does an amazing job in the novel of exploring these two women and Elf’s state of being. When I met with Miriam to discuss her family and her relationship with her sister specifically during the times she was institutionalized, one thing that kept popping up was how funny and ironic and sardonic and clever and lucid she was. I advocated for the character to be a woman who was depressed and suicidal, yes, but who was also many other things. We often think of mental health in a narrow way. I wanted Elf to be as realized and three-dimensional as she was in the novel. That was my main objective. Plus, you can’t make a movie like this unless you’re willing to explore existential themes, which Alison and I did while rehearsing.

KH: Alison, this wasn’t an obvious book to adapt. It’s a sad story absent a fairy-tale ending. Did that make it more attractive as a project?

AP: What was attractive about the project was the script Mike wrote adapting the novel. I had read and loved the novel and hadn’t thought it was particularly adaptable. Not because of any happy ending problem. I don’t think it’s an unhappy ending either. I think both the novel and the movie are uplifting. Yes, it’s angst-y but existence is a super-weird thing to contemplate. Morality in the context of mortality is a big question. Trying to establish whether we think it’s morally wrong to take your own life, looking at questions of selflessness and selfishness, is complicated and requires thinking that isn’t black and white. That was attractive to me.

KH: Sarah, obvious question but did you draw on personal experiences with your siblings for your work here?

SG: Yes. It’s the most unique relationship that you have in life with the person who will know you longest. And with that comes so many different phases. It’s a beautiful gift to get to explore what a sibling relationship is, especially as an adult and on-screen.

AP: I am a younger sibling, and my sister remains the person who can destroy me with the littlest bit of criticism. Which may be warranted. But it comes from this place of somebody knowing you and your development in a way that nobody else does. It’s a fascinating relationship so full of love but with all this other stuff on top of it. And it isn’t explored as often as it maybe should be.

KH: There are many metrics by which one can measure success. What will success look like for you guys with this film?

SG: As an actor, all you really have is the process of making the movie. Anything beyond that is out of your control. Success is being able to collaborate in a meaningful way and showing up every day and finding a way to be present inside your work.

AP: I completely disagree! I need the box office dollars (laughs). The only thing you can guarantee is your own satisfaction with what you’ve done. As I’ve grown older, my performances on screen have come closer to matching what’s going on in my head. That is getting closer to success.

At the same time, when we premiered the film at TIFF, Miriam, her mom, her daughter, and her partner were all in the audience and it was their first time seeing it. Later, Miriam shared that her daughter asked how much time we had spent together. We’d had one phone conversation. But there was something so palpable in her writing and in Mike’s adaptation. The fact that Miriam’s daughter liked it and thought I captured something of her mom, well, I was like, ‘I’m good. Everybody else can take it or leave it.’ That’s the most special compliment I’ve ever received.

All My Puny Sorrows opens in Toronto, Vancouver and Montreal on April 15 (and expands throughout spring).