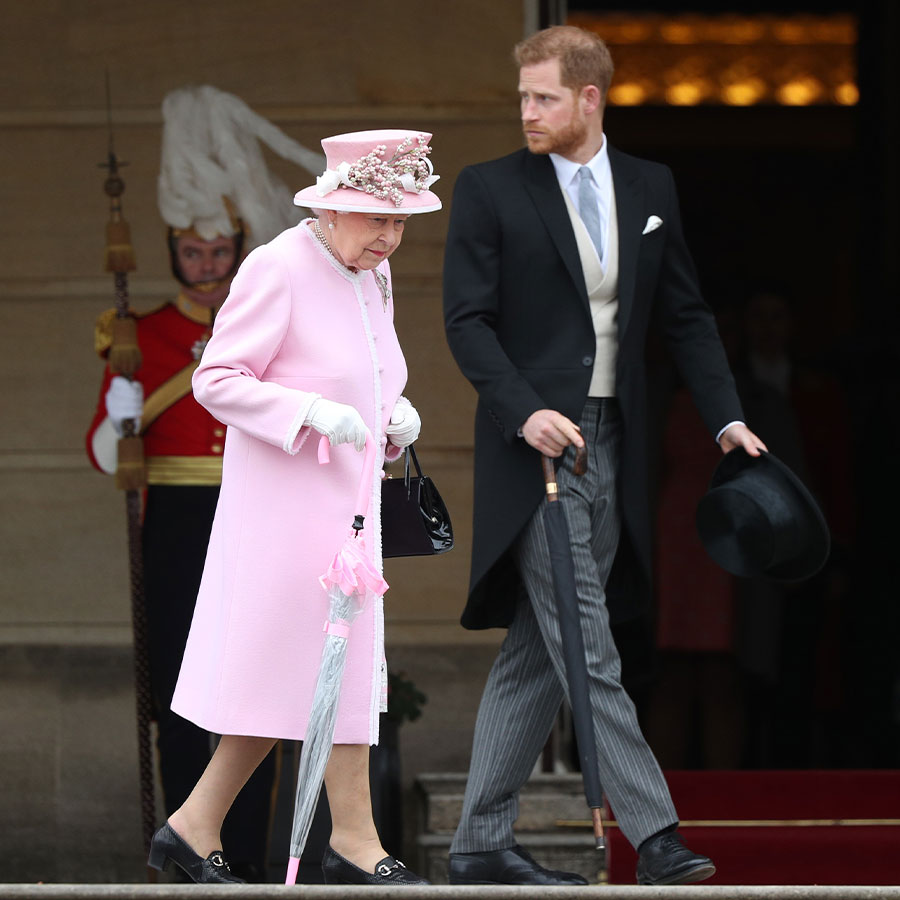 Prince Harry, pictured here with the Queen in 2019, says the monarch had "plenty of messages" for the U.K. Invictus team during their visit ahead of the games. Photo: Yui Mok/WPA Pool/Getty Images

The Duke and Duchess of Sussex met with Harry’s grandmother at Windsor Castle before heading to the Netherlands for the Invictus Games, and the British monarch — who turns 96 this week — gave him some words of support for the athletes taking part.

Speaking to the BBC, Harry said: “She had plenty of messages for Team U.K. which I’ve already passed on to most of them.

“So, it was great to see her and I’m sure she would love to be here if she could.”

The visit marked the duchess’ first trip to the U.K. since 2020, while the Duke is thought to have last visited the U.K. in July.

Prince Harry was a high-profile absentee from a memorial service for his grandfather, the Duke of Edinburgh, in London in March.

The royal couple — who are now based in the U.S., after tying the knot in 2018 — stepped down as senior members of the royal family in January 2020.

And Prince Harry previously claimed he was unable to return to the U.K. amid concerns over security arrangements for his family.

After the U.K. government blocked Harry from paying for his police protection, his legal representative said in a statement: “The Duke and Duchess of Sussex personally fund a private security team for their family, yet that security cannot replicate the necessary police protection needed whilst in the UK.

“In the absence of such protection, Prince Harry and his family are unable to return to his home.”

The couple left their children Archie, two and 10-month-old Lilibet in California while they made their brief trip to the Netherlands, but Meghan admitted to other attendees that she could not wait to get back to the kids.

Meghan sat in on a private reading to a group of 12 children over the weekend and told British army veteran James Stride that it made her feel closer to her own kids.