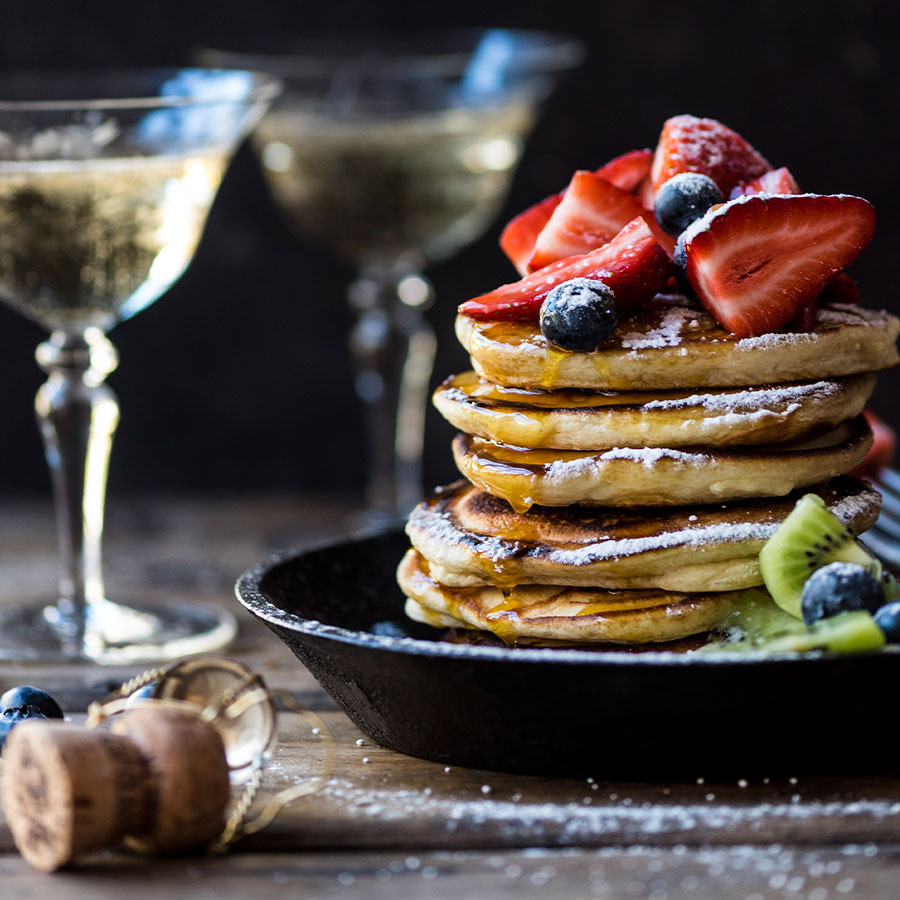 Whether catching up on 'Ozark' ahead of its final half season, checking out the Canadian hit film 'Marie Chapdelaine' or revisiting the Scorsese classic 'Casino,' we've got the wine and snack pairings to elevate your binge. Photo: heinstirred/Getty Images

Show: Ozark. Part two of the fourth and final season of this very intense drama about an shakily married couple Marty and Wendy Byrde (Jason Bateman, 53, and Laura Linney, 58, reliably excellent) who, through a series of ever-more-bizarre circumstances, end up laundering money for a Mexican drug cartel from their adopted perch in rural Missouri, premieres on Netflix on April 29.

If you haven’t been following the nail-biting adventures of the Byrdes, their complicated children, duplicitous neighbours — oh, and the ruthless drug lords they serve — now is the time to binge before the final seven episodes air. The finale is guaranteed to be electrifying, owing to 28-year-old actress Julia Garner’s fabulously unhinged (or is she?) and scene-stealing character Ruth who, thanks to the Byrdes and the Mexican drug bosses, has nothing left to lose and only sweet revenge to gain. A 30-minute making-of retrospective follows the last episode.

Indulgent and/or Wallet-Friendly: If you can find it, Toro Bravo Sparkling Secco White is, like its red and white cousins, a screaming deal direct from Spain, with subtle notes of honeydew, lemon and vanilla.

Snack Options: Pancakes! Ready-made pancake mix was developed in the Ozarks’ home state of Missouri by the Pearl Milling Company in 1889. Comfort food would be welcome during the hair-raising final episodes of this captivating series.

Film: Marie Chapdelaine. Director Sébastien Pilote’s adaptation of Louis Hémon’s classic 1913 novel about a young Quebec woman on the brink of marriage and forced to choose between three very different suitors — each promising a different kind of life, not necessarily aligned with her family or her past — mesmerized 2021 TIFF audiences where it premiered. With its hushed exteriors, subtle performances and nearly three-hour running time, Marie Chapdelaine would be a good rainy Sunday afternoon viewing choice, absorbed at leisure.

Indulgent and/or Wallet-Friendly: Wine in a box. Go ahead, laugh. But here’s the thing: boxed wine is great if you don’t drink much because it stays fresh for weeks (the wine is held inside a plastic bladder and delivered via spigot, so oxygen can’t penetrate and spoil it). However, it’s also great if you do drink a lot because it’s cheap. Most four-litre boxes, which contain the equivalent of five-and one-third standard 750 ml bottles, are in the $40 range. No, boxed wine won’t change your life the way a coveted vintage Domaine de la Romanée-Conti might. But it is available in multiple varietals, from Pinot Grigio and Chardonnay to Cabernet Merlot and Shiraz. Boxed wine also boasts the storied “bonus glass,” that one last splash liberated from the bottom of the bladder with a pair of scissors at the end. Just be mindful of how many trips you’re making to the box. It’s hard to keep track with opaque packaging, especially while watching a very long movie on a rainy afternoon.

Film: Casino. Director Martin Scorsese’s epic ode to Sin City — co-written, like Goodfellas, with onetime crime reporter and author Nicholas Pileggi — gets so much right, from granular, period-specific details (in one scene, Sharon Stone’s Ginger sports a manicure style that was all the rage in the ’70s) to its insider hierarchies explained by Robert De Niro’s Sam “Ace” Rothstein in one of the film’s many notable voice-overs. Everything in the film is great, not least its sprawling, hit-laden pop-jazz-blues-rock soundtrack assembled by Scorsese regular Robbie Robertson, which backdropped countless dinner parties in the pre-Spotify ’90s. Trivia: Scorsese’s longtime film editor Thelma Schoonmaker, who won an Oscar for Casino, is back working with the director on this year’s forthcoming Killers of the Flower Moon — about the founding of the FBI — which carries a reported budget of around US$200 million. That film reunites Scorsese with De Niro, Robertson and Leonardo DiCaprio. Sign me up!

Indulgent and/or Wallet-Friendly: Wines finished in barrels repurposed from some other use is a thing. Robert Mondavi Private Selection Rum Barrels Merlot or Private Selection Bourbon Barrel Cabernet Sauvignon — in which the wines were aged in barrels previously used for rum and bourbon — offer rich, unexpected flavour notes. Other wineries deploy this technique, some even using whites (see Wayne Gretzky Whisky Oak Aged Chardonnay) though reds seem to come out better. The Mondavi reds are delicious, easy to track down, and affordable.

Snack Options: Sharp cheddar or anything off the grill to accentuate the smokiness imbued by the bourbon barrel.

Wine & Watch: The Best Food and Drink Pairings for Watching Being the Ricardos, Cosmopolis and The Craft