Barbra Streisand at 80: Celebrating the Legendary Star as the Revival of ‘Funny Girl’ Hits Broadway 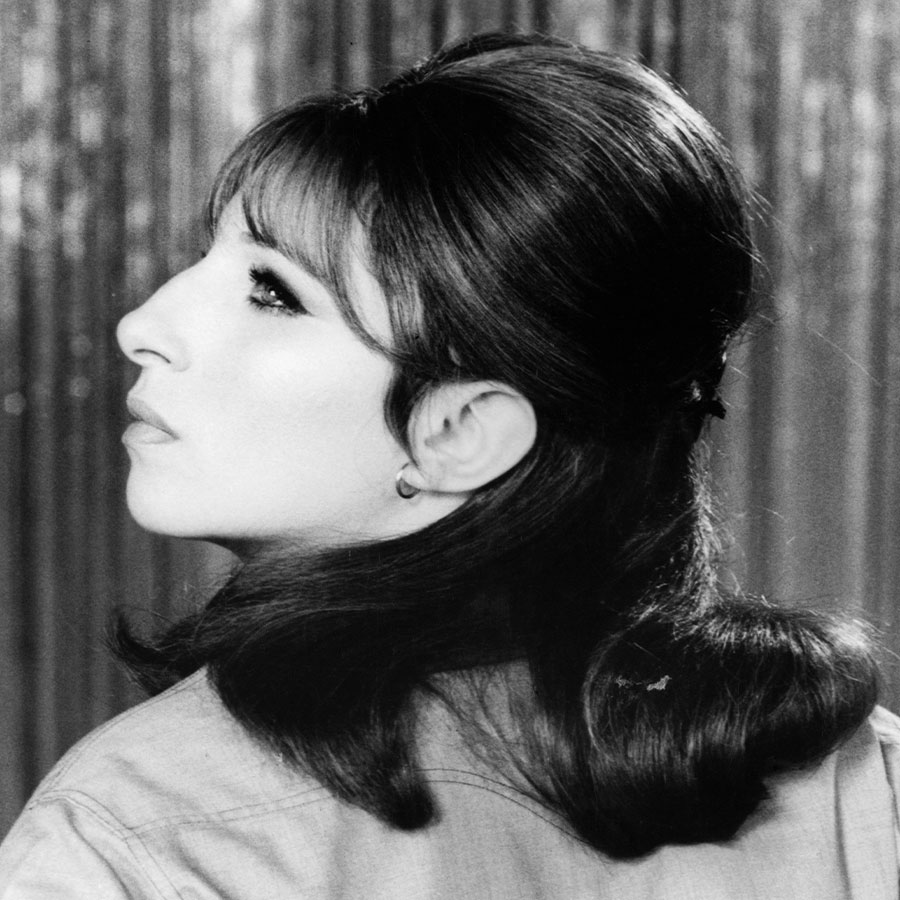 Barbra Streisand pictured in the 1968 hit film 'Funny Girl,' the big-screen adaptation of her Broadway hit that won her the first of two Oscars. Photo: John Springer Collection/Getty Images

From Broadway acclaim to Hollywood fame and a storied recording career, the superstar born Barbara Joan Streisand in Williamsburg, Brooklyn, 80 years ago on April 24 has emphatically remained herself through it all. Actor, director, singer, activist, philanthropist — there as many descriptors as she has accolades: two Oscars, 10 Grammys, five Emmys, a special Tony, nearly a dozen Golden Globes, a Peabody, the Presidential Medal of Freedom, a Kennedy Center Honor, and more — not to mention about 145 million albums sold worldwide.

One of the singular figures in American entertainment since her Broadway debut at 19 and appearance on the cover of Time magazine at 21 — after originating the title role in the Tony-winning stage musical Funny Girl on the Great White Way — Barbra Streisand’s triple threat is talent, ambition and brains. And as the much-anticipated, first-ever revival of Funny Girl (starring actress Beanie Feldstein) opens on Broadway this Sunday to mark Streisand’s 80th birthday, we’re taking a closer look at her incredible life and career.

She’s Got That Voice

Before Beyoncé there was Streisand — Barbra, with one-name-only recognition around the globe. Hers is one of the most famous voices in America. Canadian pianist Glenn Gould called her emotive and expressive voice “one of the natural wonders of the age, an instrument of infinite diversity and timbral resource.” (A fellow prodigy, he would know.) Her rare, always sold-out concerts inspire cultish devotion — and her discography inspires symphonic tributes. “To Barbra, With Love,” the Melbourne Symphony Orchestra’s celebration of the singer’s unparalleled six-decade career this month, features Australian vocalists performing selections from Streisand’s repertoire — a storied recording career that has made her one of the bestselling female recording artist of all time. Her duets alone have ranged from Judy Garland and Celine Dion to Bryan Adams, Josh Groban, and, yes, Kermit the Frog.

She Shattered Barriers for Women in Hollywood

“I wasn’t a happy kid. I went to the movies a lot to escape reality,” she told pal Robert Rodriguez in an onstage interview. “I love make believe; the world of drama.”

Streisand was the first female star to command major roles as a Jewish actress, starring in Funny Girl — the hit musical (1964) and movie (1968 — which won her the Best Actress Oscar) based on the life of Fanny Brice, a role so definitive that Broadway took nearly sixty years to remount it — the poignant romantic melodrama The Way We Were (1974) with Robert Redford and the enormously successful A Star Is Born remake with Kris Kristofferson (1976, for which she won the Oscar for Best Original Score). With Yentl (1983) and later The Prince of Tides (1991) and The Mirror Has Two Faces (1996), Streisand’s powerhouse status earned her artistic control, allowing her to pick up the mantle of pioneering female directors like Lois Weber, Dorothy Arzner, Ida Lupino and Elaine May. Passion project Yentl made her the first woman to write, produce, direct and act in a studio picture.

All this was accomplished while bucking cultural expectations of female movie stars: instead of conforming to generic mainstream beauty ideals, for example, Streisand made her distinctive look (that iconic profile!) a signature that’s now an immediately recognizable silhouette in pop culture. (“I was an Ugly Duckling” is how she put it in a 1964 interview about the time she briefly considered getting a nose job.) On A Star Is Born, Streisand negotiated a percentage of the gross (virtually unprecedented for a female star) and her high profile began the conversation on pay equity.

She’s Got a Sense of Humour

We already knew she was a “funny girl,” but in 1992 the star gamely surprised guest Madonna and Canadian comedian Mike Myers in his regular SNL “Coffee Talk” sketch in which he plays Yiddish Streisand-obsessed New York cable show host Linda Richman. “Like buttah” became their catchphrase — for everything from her voice and career to her fashion and manicure — as did getting verklempt. Myers returned the favour the following year by joining Streisand on stage (in character as Richman) during her New Year’s Eve concert at the MGM Grand. The recent passing of filmmaker Peter Bogdanovich coupled with the You Must Remember This podcast series on under-appreciated Hollywood art director Polly Platt has led a new generation to discover the madcap delights of Streisand the comedienne in the 1972 throwback screwball comedy What’s Up, Doc?

But don’t take our word for it. Early on, legendary photographer Richard Avedon snapped a young Streisand for the “What Becomes a Legend Most” Blackglama mink coat series (one of the most famous ad campaigns of all time), placing her among eminent stars such as Marlene Dietrich, Lena Horne, Joan Crawford and Judy Garland (with whom she had a memorable duet on The Judy Garland Show in 1963). Avedon’s campaign image is now in the Smithsonian.

Her persona is at once down to earth and a larger-than-life myth: a connoisseur of art who began collecting masters like Matisse and Klimt with her early paycheques. Streisand and then-husband Elliott Gould were a ’60s it couple, and she again attained the status in the ’70s with her boyfriend, producer Jon Peters. That celebrity mystique was recently revived by Bradley Cooper’s memorable and menacing tutorial on how to correctly pronounce her name in Licorice Pizza, filmmaker Paul Thomas Anderson’s nostalgic ode to 1970s Los Angeles.

Just ask The Streisand Style Files, the longtime fan blog that chronicles her every outfit. Streisand’s first Broadway role — I Can Get It for You Wholesale in 1962 — was a musical about the garment business. For the elaborate fashion-fantasy sequence for “Second Hand Rose” in her TV special My Name Is Barbra, Streisand filmed overnight on location at Bergdorf Goodman on her day off, in between performances. The woman loves fashion, and we love her for it! Major auctions at Christie’s and Julien’s have featured the contents of her original New York apartment, her sprawling Malibu ranch house and her many collections — including the fabled subterranean shopping mall in the basement of the cliffside Malibu home she shares with husband James Brolin, featuring vitrines and boutiques of her own vintage clothing and antique collections. “Instead of just storing my things in the basement, I can make a street of shops and display them,” she once explained of the unusual underground lair.

She may be known for her loyalty to modern luxe by pal Donna Karan, but who could forget the shimmering (and inadvertently sheer) Arnold Scaasi pantsuit Streisand wore to collect her Best Actress for Funny Girl at the 1969 Oscars? Or the leopard she sported front row at Christian Dior in 1966, for the Vogue profile on the brink of her superstardom? My personal favourites are her ’70s revival of the 1930s dress clip as I previously wrote about for Zoomer — effortlessly worn in a turban, naturally.

She’s an Activist and Philanthropist

An outspoken Hollywood powerhouse known for her liberal politics, in addition to political fundraising, Streisand has long had her own foundation for select charities and causes ranging from education and social justice to gun control and voter rights. She’s also been addressing climate change with funding since 1989, when she gave her first grand to the Environmental Defence Fund. Her longtime activism included speaking at the 2017 Women’s March and encompasses social conscience: her concerts are often benefits, while “You’ll Never Walk Alone,” a 2020 music video, was a tribute to front line pandemic workers. She also bought Disney stock for Gianna Floyd, the young daughter of George Floyd, the Black man murdered by Minneapolis police officers in 2020.

That’s according to her former agent Michael Ovitz. But we’d be remiss if we didn’t mention those famous nails. They’re real (and always have been, according to the star) and they’re spectacular. An immaculate long manicure has been Streisand’s signature on screen and off since the very beginning of her career (the lone exception: Yentl). “When my mother wanted me to work in the school system and be a typist, I rebelled by growing my nails,” she explained in a 2018 Instagram video montage of clips from her famously long and lustrous talons over the years. “To this day I wish I could type.”

So do we. Streisand wrote a bestselling design book more than a decade ago, but there’s still no updated publishing date for her long-awaited autobiography (still in progress after nearly a decade, reportedly at more than 800 pages and counting), which was initially expected in 2017. Streisand confirmed she’s still hard at work on it and mused on the meaning of legacy in a BBC interview last year, ascribing her desire to build a lasting legacy to the premature death of her father, a high school English teacher, when she was just a baby.

“My father died at 35 and in a way I’m trying to carry on his legacy, too,” she said. “And that’s what I love about making movies and recordings, it lives on, after you.”

Rita Moreno at 90: Celebrating the Legendary Actress’s Legacy as She Returns to West Side Story

Robert Redford Turns 85: From Oscars to Environmentalism, How the Hollywood Legend Defined His Legacy On Screen and Off