Prince Louis Turns 4 With New Birthday Photos; Plus, a Look Back at Some of Our Favourite Shots of the Adorable Royal 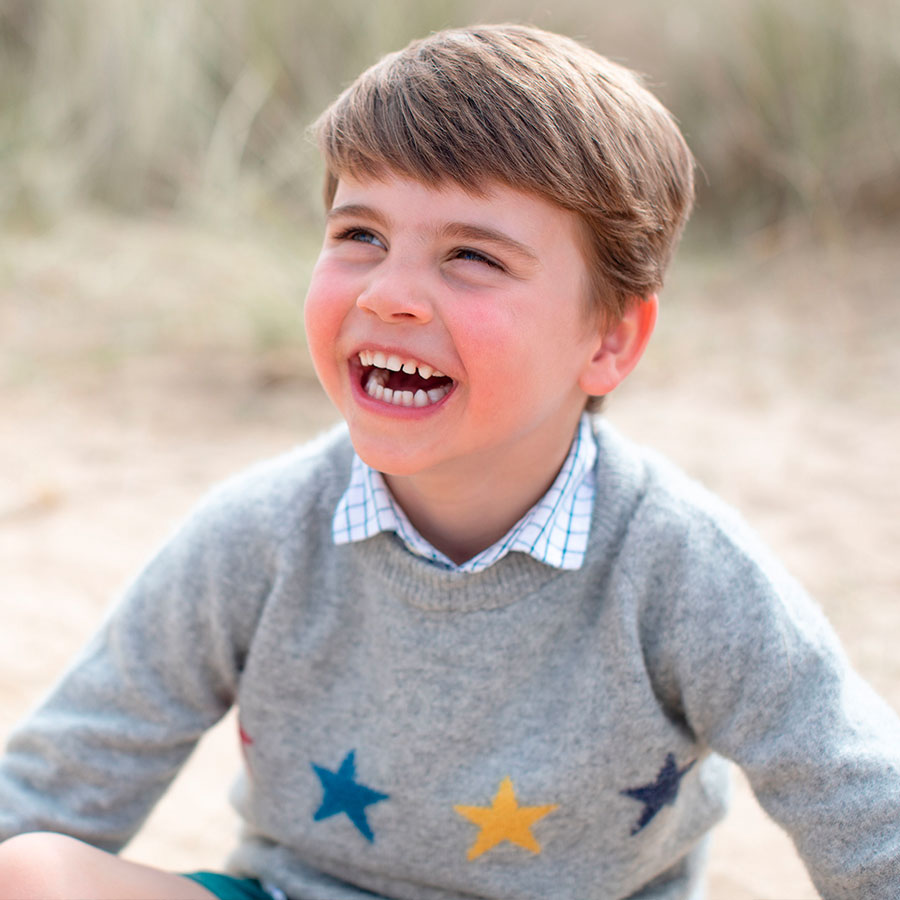 Prince William and his wife Kate, the Duchess of Cambridge, released new photographs of their youngest child Louis to mark his fourth birthday this weekend (April 23).

The photos were taken in Norfolk by the duchess, who is also an accomplished amateur photographer.

The Duchess of Cambridge routinely shares a special birthday snap of each of her children.

Last year, when we were all in need of a pick-me-up, Kate obliged with a photo taken of Louis smiling on a red bicycle, his school bag strapped on his back. The photo was taken at Kensington Palace, the family’s home in London, shortly before Louis left for his first day at a nearby nursery school.

For his second birthday, the duchess snapped a series of photos of Louis enjoying a day of finger painting, including a candid shot demonstrating the difference between Instagram and reality. Around that same time, Prince Louis also joined his family — and millions of Brits — as they stood on their doorsteps wearing National Health Service (NHS) blue to participate in “Clapping for Carers” in praise of everyone from health-care workers to shop employees on the front lines of the pandemic.

During the long pandemic lockdown in Britain, Kate channeled her passion for photography into Hold Still, a book of 100 portraits submitted by Britons documenting life in lockdown, published in May 2021. A talented amateur photographer, she is also patron of the Royal Photographic Society, a role previously held by the Queen for 67 years.

Scroll down for more of our favourite shared snaps of Prince Louis over the years.