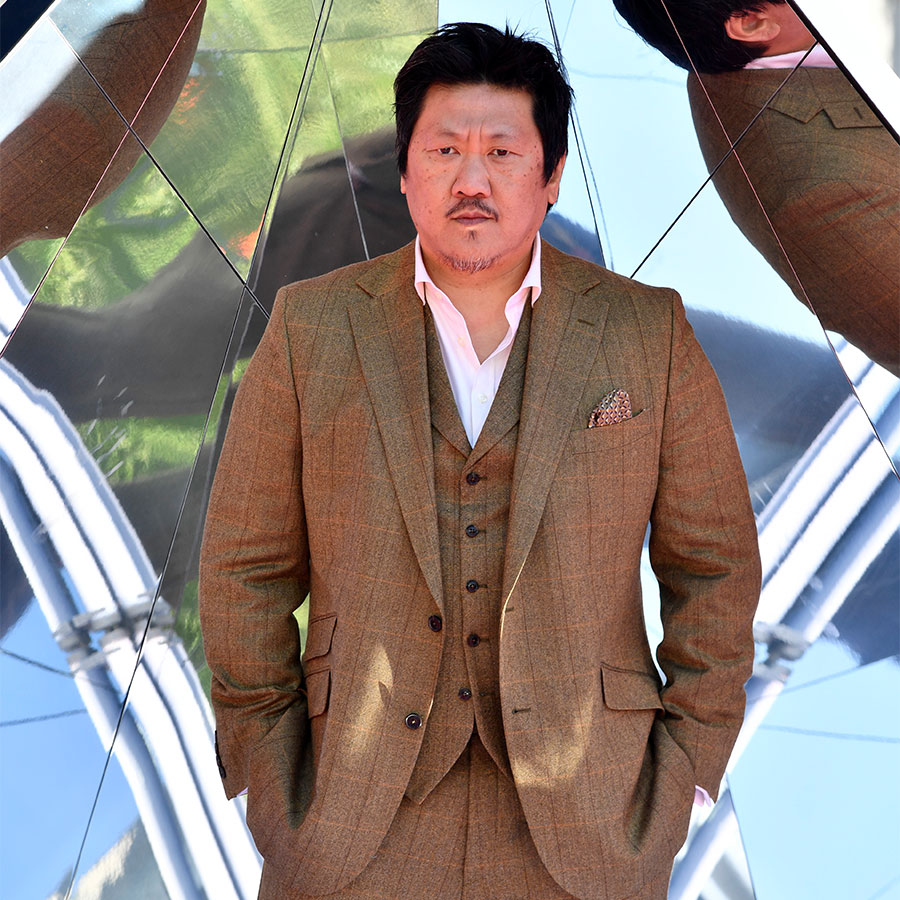 Actor Benedict Wong, who plays Wong in Marvel's 'Doctor Strange in the Multiverse of Madness,' says such superhero films give "a voice to the voiceless" through representation, adding "people feel seen through them." Photo: Gareth Cattermole/Getty Images for Disney

As I was watching the English actor Benedict Wong get flung about by a computer-generated, liver-coloured, one-eyed alien octopus in his new film, Doctor Strange in the Multiverse of Madness, I kept wondering what ran through his mind on the set. As he stepped before the green screen and strapped into the harness or crane — or whatever it was that tossed him around like a beanbag — was he practicing his “Yeeeouch!” facial expressions? His “Whoooaaa!” noises? His repertoire of magical hand gestures?

Because Wong, 52, is a serious actor. Before he was tapped to play the sorcerer Wong, Doctor Strange’s wry sidekick, in the Marvel Cinematic Universe (MCU), he graduated from the performing arts course at Salford City College and spent a few years doing plays at Shakespeare’s Globe Theatre with Mark Rylance — arguably England’s greatest stage actor — who was then its artistic director. He played Kublai Khan (on the Netflix series Marco Polo) and the Chinese artist Ai Wei Wei (on stage). He made heady films with A-list directors Alex Garland, Stephen Frears, Armando Iannucci and Ridley Scott (who’s one of his heroes). So does he feel a crazy disconnect now that he’s in one of the most successful film franchises of all time, starring opposite some of the best actors of his generation (including Benedict Cumberbatch, Tom Hiddleston, Elizabeth Olsen and Mark Ruffalo), though his work consists mainly of “Yeeeouch!” and “Whoooaaa!”?

Honestly? He’s not fussed about it. “I feel like a competition winner who keeps being brought in as a guest star,” Wong said during a quick video interview last Sunday to promote the second Dr. Strange movie, which opens in theatres on May 6. “I get to breeze into whatever films they’ll have me in — have portal, will travel — and I don’t feel any of the pressure.” (Wong’s previous MCU films include Doctor Strange; Avengers: Infinity War; Avengers: Endgame; Shang-Chi and the Legend of the Ten Rings; and Spider-Man: No Way Home. The portal he refers to is an MCU trope — Wong and Doctor Strange conjure it to open little escape hatches in space and time.)

The black and red backdrop of his Zoom square was a Marvel explosion, all glass shards and shooting flames, but Wong looked utterly chill, younger than he does in Doctor Strange, and trimmer. He was wearing a green jade ring, a black jacket over a black T-shirt, and hip, two-toned glasses. His hair was short and artfully tousled, and his British accent is gently posh.

Growing up in Eccles near Manchester, Wong “clowned around a lot” and collected comic books, which for him were like storyboards in a film — he would picture them moving. “I remember telling my cousins I was Spider-Man on a number of occasions,” he says. “My school had limited resources — in metal work, 30 kids shared one hammer to planish an ashtray. I sort of fell into acting, continued with trial and error, and here I am.”

He jokes that he “manifested” his Marvel gig, because, when he was in Budapest filming Marco Polo, he wore a Spider-Man hat and carried a lighter that read, “We need heroes.” The day he got the call, “I was sitting on Kublai Khan’s throne surveying my kingdom, but I had to keep it secret that I was about to join the MCU.”

Cut to a few years later, and he’s fighting an infinity war as part of “the Fab Four — Mark [Ruffalo, The Hulk], Robert [Downey, Jr., Iron Man], Benedict [Cumberbatch] and I. Hundreds and hundreds of extras, fantastic stunt work, cars crashing everywhere. The magnitude, the scale of it! It was absolute mayhem. I felt like we were salmon swimming upstream. It was massively fun.”

Doctor Strange and the Multiverse of Madness was tougher to make, with its many COVID-19 conditions and restrictions. “I call it The Madness of the Multi-Schedule,” Wong jokes. “But I was impressed by the human spirit to keep pushing on.”

He believes these kinds of spectacles have value beyond escapism. “The Marvel world connects families together, parents and children,” Wong says. “It gives a voice to the voiceless” — he cites the Chinese hero Shang-Chi; the Pakistani-American teenager Kamala Khan in the upcoming Disney+ series Ms. Marvel; and the character Moon Knight, who lives with dissociative identity disorder — “and people feel seen through them.”

So psyching himself up to play a hero doesn’t feel far-fetched. “Each of us has our own personal things that we protect or fight for, to stop harm coming our way,” Wong says. “Within that visualization, that’s how I can play it.”

During a media blitz on Monday, he demonstrated that live, passionately defending his Multiverse co-star Xochitl Gomez — at 16, she’s the youngest MCU star — against internet trolls who are harassing her because her character, America Chavez, is queer and has two mothers. “It’s not okay,” he told AsiaOne. “Those cowards should feel a deep shame.”

Superherohood may not have changed the way directors and casting agents see him, Wong says, “but they do see me more often, definitely. I’ve been an actor for 30 years, and this is one cherished moment of what I hope is a long journey.”

If that includes a few alien octopi, that’s okay with him.

Doctor Strange in the Multiverse of Madness is in theatres now.