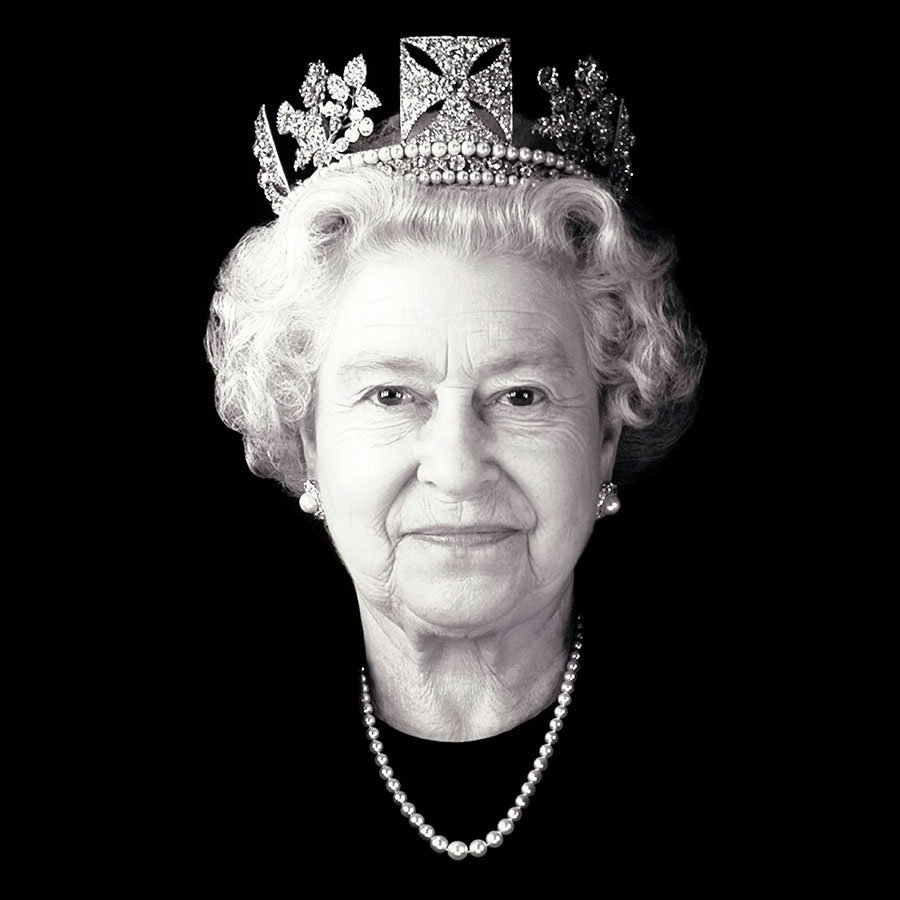 A previously unseen portrait of the Queen enjoying a moment of levity was unveiled on Wednesday in celebration of Her Majesty’s Platinum Jubilee.

The image, titled ‘Platinum Queen: Felicity’, which sees the monarch decked out in a crown and smirking playfully, was taken by Rob Munday during a 2004 photoshoot from which he created ‘Equanimity,’ the first official 3D portrait of the Queen.

“The Queen’s daily life is so full of responsibility and duty that it was wonderful to see this fleeting moment of relaxation and pleasure,” Munday told Wales Online of the photo. “It is an uplifting portrait, so different from many of the more sombre portraits commissioned in recent years, and a befitting celebration for her Platinum Jubilee.”

The photographer, who’s known for his holographic work, found the striking image last summer in a series of test shots, as he sifted through more than 8,000 photos of the Queen taken during two photo sessions for the project in the yellow drawing room at Buckingham Palace.

“There was just this one frame in the middle, almost like a God-given frame, it just jumped off the monitor,” he told Hello of the shot. “There’s a twinkle in the eye.”

The shot, he says, was taken in a 30th of a second, and caught the Queen’s expression just as her aid, Angela Kelly, told her a joke.

“The atmosphere was incredibly jovial,” Munday said of the shoot. “Angela Kelly is a very funny woman, very down-to-earth. And really, really nice, she put us all incredibly at ease. She would tell jokes, and she’d obviously said something funny to the Queen. And she sort of laughed at that exact moment I pushed the button to do a test shot.”

Munday, who describes an “incredible bond” between the monarch and Kelly, has dedicated the portrait to their friendship of 20 years.

The piece will go on display Monday at 45 Park Lane, a luxury hotel in London where the photographer has displayed much of his work.

His 2004 3D portrait of the Queen, created with artist Chris Levine, was produced using a Dalsa machine vision camera capable of capturing 30 frames per second and involved shooting Her Majesty from slightly different perspectives. In the more formal photo, the Queen wears a white ermine cape, a string of pearls and the iconic Diamond Diadem, the diamond-encrusted crown that dates back to 1820.

The portrait, originally commissioned by the Jersey Heritage Trust to celebrate 800 years of the island’s loyalty to the Crown, was later displayed at London’s National Portrait Gallery and featured on Time magazine’s Diamond Jubilee issue in 2012. Jersey also adopted the portrait for their £100 banknote the same year.