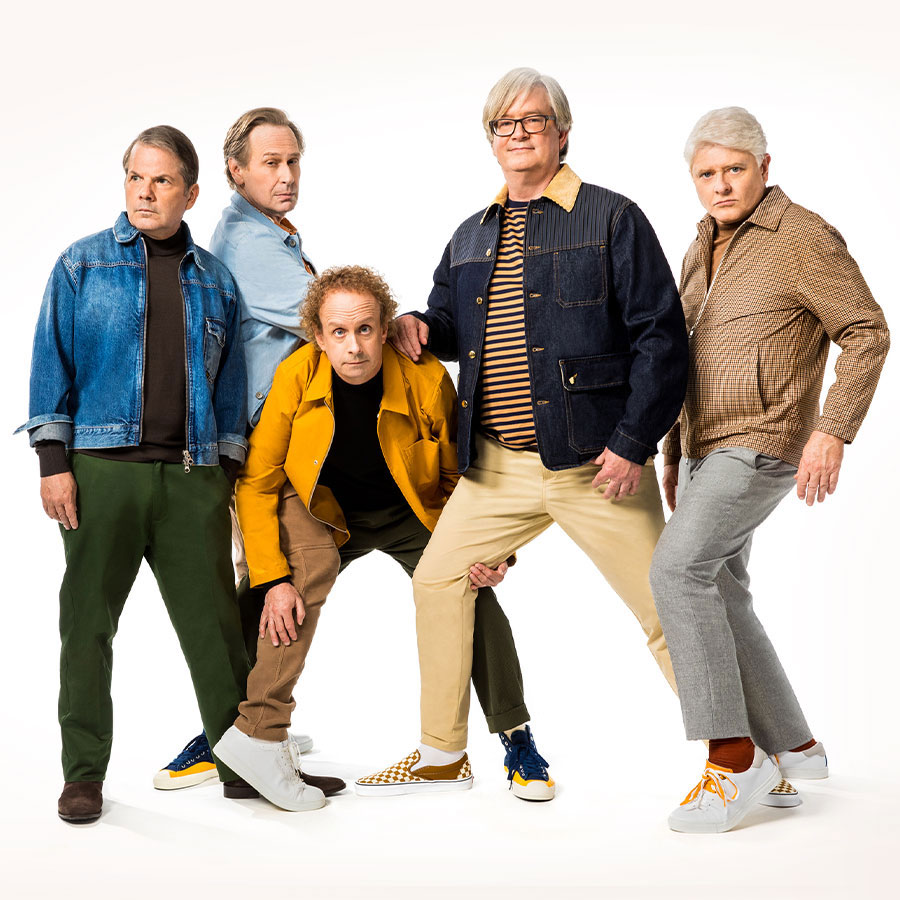 The Kids are back. And I find myself holding my breath. I’m hesitant even to click play on the trailer — let alone watch the troupe’s new episodes when The Kids in the Hall debuts Friday on Prime Video.

Of course, I’ll have to watch.

I’ve supported the Kids in the Hall quintet — Dave Foley, Bruce McCulloch, Kevin McDonald, Mark McKinney and Scott Thompson — since their eponymous show debuted on CBC in 1988. It aired before CODCO, another beloved, irreverent Canadian sketch comedy to which I was already a devotee. It’s an embarrassment of riches, really, the number and quality of comedy ensembles with which Canada has been blessed over the years. But I digress.

The Kids — not so much kids anymore, with the “baby” of the bunch being a 59-year-old Dave Foley — after all boast an impressive list of honours: a Rose D’Or, a Gemini, an Emmy, a Canadian Screen Award and a star on Canada’s Walk of Fame. They’ve proofed this recipe.

But this feels different. My excitement — to see the guys, to see the guys play gals, to possibly see one of the guys play the gal Chicken Lady (Foley reveals whether she’s back in an interview with the Toronto Sun) — is tempered by apprehension. It’s been 27 years. Do they still have it? Will Amazon Studios’ The Kids in the Hall be as good?

There are a few promising signs, when I bring myself to go looking.

Now, as then, Lorne Michaels — Saturday Night Live founder, comedy Don and fellow Canadian — is on the production team.

And, as one reviewer notes, the powers that be at Prime Video refused edits of the made-in-Canada reboot — unlike when the original shows were scrubbed for American audiences before running on HBO. All the irreverence will be safely intact (even the trailer, below, is age-restricted).

“For men our age, in a strange way, with the push back against us and the rigid political correctness of today, it’s kind of a gift in a way,” Scott Thompson, 62, told the Toronto Sun about the reboot.

Foley, too, says the troupe’s chutzpah is undiminished.

“In our heads, whenever we’re together, we still feel like these punks in our 20s,” he said in an interview with CBC.

But it’s the sum up Foley offers of the new eight-episode season that delivers the final reassurance I need.

“It’s just us doing sketch comedy, at this stage in our life. Trying to reflect the world we’re in and make funny. All we’re doing is trying to make each other laugh — and if other people laugh, that’s just a really nice side-effect.”

I’ll take those odds, once again.

The new season of The Kids in the Hall starts streaming on Prime Video, May 13, 2022.