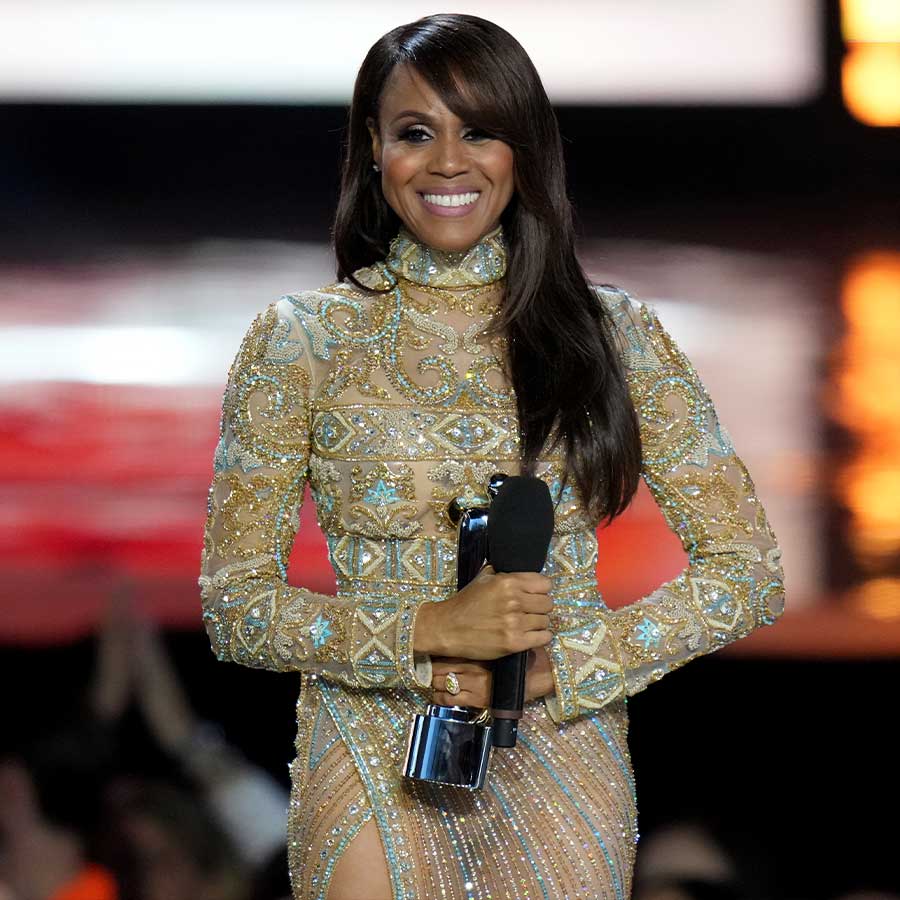 Four-time Juno winner Deborah Cox seen during her induction into the Canadian Music Hall of Fame during the Juno Awards in Toronto on March 15, 2022. Cox also rocked the crowd with a medley of her hits. Photo: Nathan Denette/Canadian Press

Cox, 47, who shot to fame in the late 1990s with her celebrated sophomore album One Wish — which included the chart-topping hits “Nobody’s Supposed to Be Here” and “We Can’t Be Friends” — has also performed alongside the likes of Celine Dion and Whitney Houston and enjoyed successful stints on Broadway, including starring in the eponymous role in Aida.

At the Junos, Cox received an introduction by former Toronto Raptor Chris Bosh, while luminaries ranging from legendary music producer Clive Davis (who originally signed her) to John Legend, Angela Bassett, Russell Peters and Melanie Fiona paid tribute to her in a video montage about her career.

“So many have embarked on a musical career but only few have ever landed here,” Cox said in her acceptance speech, which you can watch below, along with the video tribute. “And growing up as a young Black girl in Toronto, Canada, this vision seemed intangible. It wasn’t easy to leave my home, but it was necessary. Otherwise, I’m not sure that I’d be standing here this evening. Those rejections became my redirection, and only added fuel to my fire.”

Cox thanked everyone from her mother and children to Clive Davis in her speech, acknowledging their belief in her and the sacrifices her family made to allow her to pursue her musical dreams. But she reserved a special note of gratitude for her husband and songwriting partner Lascelles Stephens, to whom she credited much of her success.

“Our journey started in that tiny one-bedroom apartment in Scarborough. I genuinely believe that our souls found each other. And when the no’s and the disappointments were unbearable, our relationship and our commitment to each other helped us overcome the business’s challenges,” she said. “You and I sustained us, and there’s nothing better than sharing this moment with you, the person that I started this journey with.”

She concluded with, “There is no Deborah Cox without you, Lascelles. I love you.”

Cox also proved that she hasn’t missed a beat, rocking the house with a medley of some of her hit tunes to the thrill of the standing and dancing crowd at Toronto’s Budweiser Stage.