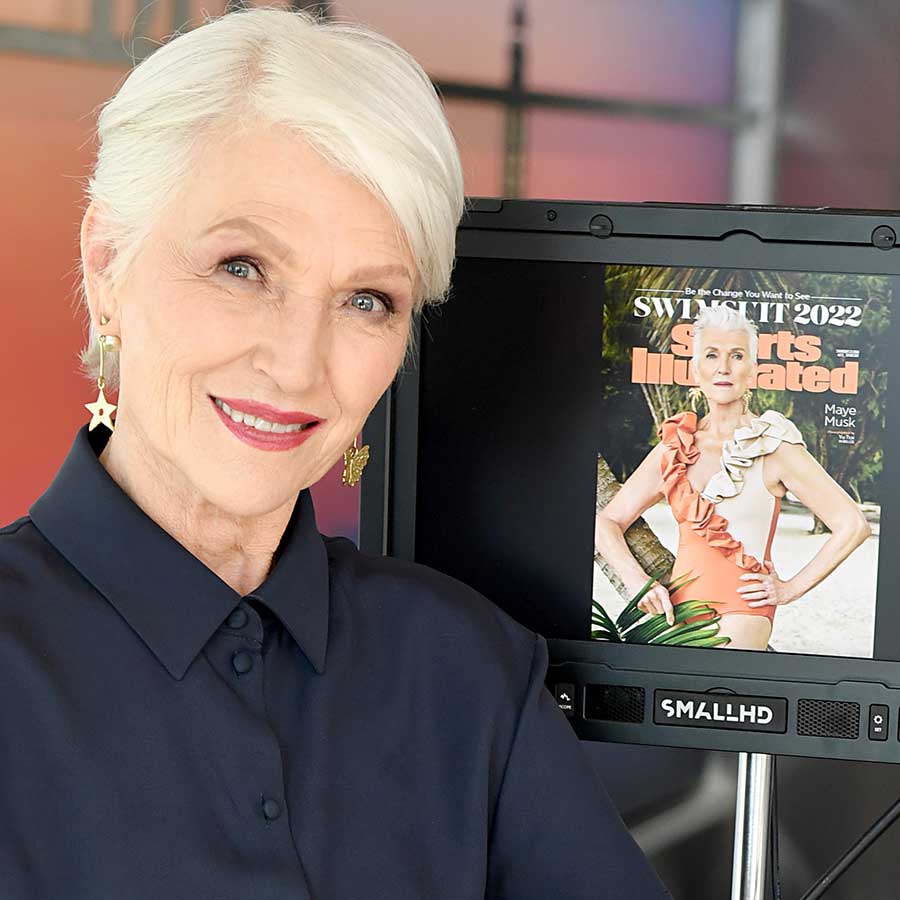 This week, at age 74, Maye Musk became the oldest person to appear on the cover of the annual Sports Illustrated Swimsuit issue. The Saskatchewan-born model, author and dietitian shot her cover against a backdrop of palm trees in Belize while wearing a one-piece bathing suit accentuated with ruffles. She also appears inside the issue wearing various swimsuits on the beach.

Musk is one of four different cover models for the 2022 swimsuit edition, with the others being Kim Kardashian, singer Ciara and model Yumi Nu.

Musk discussed the cover with People magazine, noting, “I could never dream up something like that because why would anyone have a 74-year-old on their cover, especially in a swimsuit … I do think it’s going to make women feel more comfortable in their seventies when they swim, as well as women in their twenties and thirties.”

Of course Musk — mother of SpaceX founder and would-be Twitter owner Elon, chef and restaurateur Kimbal and filmmaker Tosca — is no stranger to magazine covers or making history.

Her more than five decades as a model has seen Musk appear on countless magazine covers — including Zoomer in 2014. In 2010, at age 62, she appeared nude on a Time magazine cover and posed in the buff again the following year for a New York magazine cover accompanied by the cover line “Is She Too Old for This?” And in 2017, at age 69, she became the oldest spokesperson ever for CoverGirl cosmetics.

“My whole life, I’ve seen my mom do everything. As a result I think I’ll always expect her to be able to do everything,” Musk’s daughter, Tosca, told Sports Illustrated.

“Sometimes I wonder whether it’s time I start limiting those expectations, as she gets older. But then I look at her again, still unstoppable, and I think, ‘Not yet.’”

She added that her mom has, “earned two master’s degrees in nutrition science, won awards in the dietetics field, has been in countless fashion shows and editorials, and she’s even appeared in a Beyoncé video. She is an uncontainable force, and she’s the most fearless woman I’ve ever known.”

“When women go to the beach, we’re kind of shy about our bodies, but men will walk around, looking terrible, and they don’t care,” Musk said in her People interview. “I think we have to not care that much!”

VIDEO: Model Maye Musk on How to Get Her Amazing Silver Fox Look

VIDEO: Wisdom of the Ages: Five Questions for Maye Musk