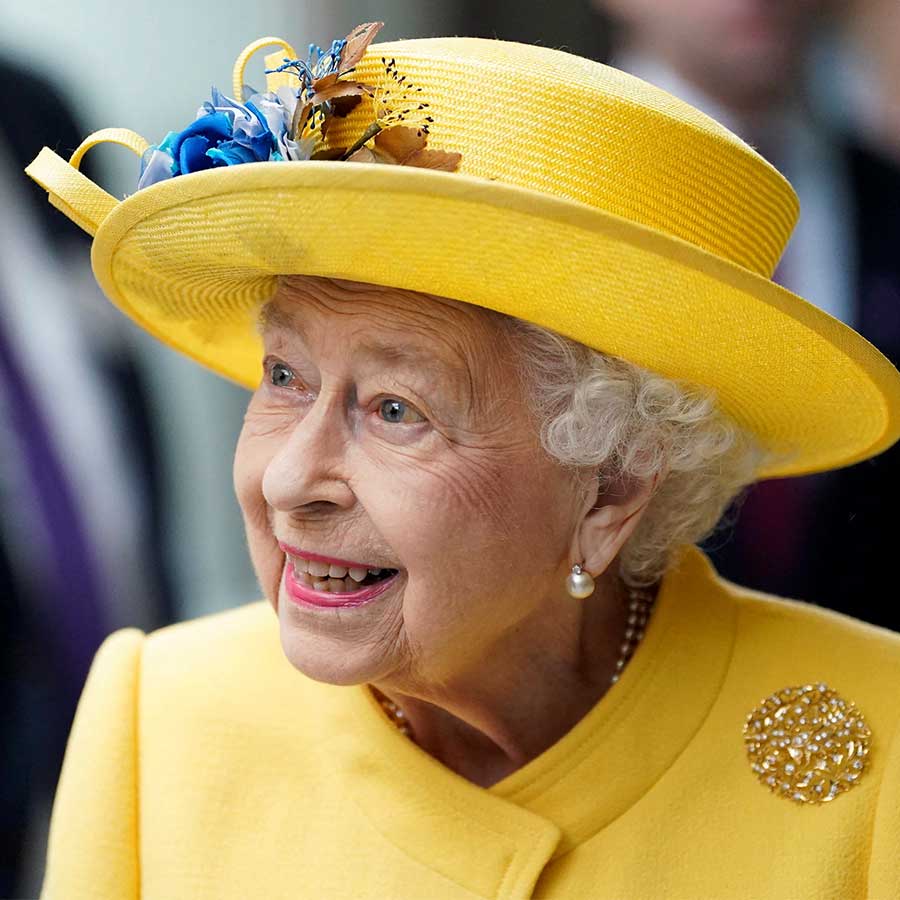 Britain’s Queen Elizabeth, whose public engagements have been limited in recent months due to mobility issues, made a surprise appearance on Tuesday at a ceremony to mark the completion of a long-awaited London train line named in her honour.

Elizabeth, wearing a bright yellow hat and coat and using a walking stick, was joined by her youngest son Edward and Prime Minister Boris Johnson as she unveiled a plaque at Paddington Station.

It is the latest public outing for the 96-year-old monarch who, despite missing the opening of parliament for the first time in almost six decades last week due to what Buckingham Palace calls “episodic mobility issues”, twice attended a horse show at her Windsor Castle residence in recent days.

“In a happy development Her Majesty The Queen is attending today’s event to mark the completion of the Elizabeth line,” a Buckingham Palace spokesperson said.

The $24 billion rail project was originally due to be opened in December 2018, but had been repeatedly delayed by issues with safety testing and signalling systems, even before the onset of the pandemic.

Originally named ‘Crossrail,’ the Elizabeth line will connect destinations west of London, including Heathrow airport and Reading with Shenfield in the east. It will open to the public on May 24.

Elizabeth has been seen in public on only a few occasions since spending a night in hospital last October for an unspecified illness, after which she was told to rest by her doctors.

She has since carried out nearly all her duties either remotely or in person at her Windsor Castle home and did not attend last week’s state opening of parliament.

Johnson said it was “wonderful” to see the queen open the train line, and she was in “such fine form”.

The prime minister said it was time to think about a new Crossrail line running north-south through London, which was put on hold during the COVID-19 pandemic.

“I think we should be getting on with that. People say it is all changed, people are working from home. I profoundly disagree,” he said. “Public transport is the thing that gives people opportunity.”