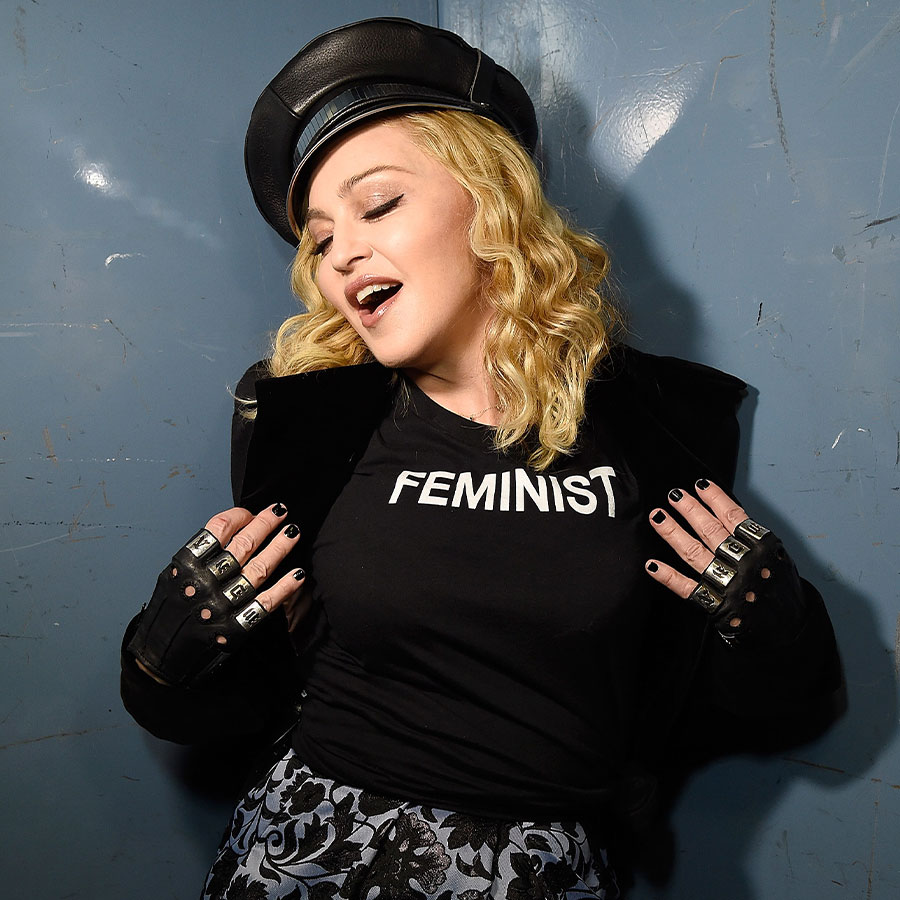 Madonna, seen here in 2017, collaborated with digital artist Beeple to create a series of NFT clips that depict her nude and giving birth to various elements of nature. The clips will be auctioned off, with proceeds going to non-profits that support women and children. Photo: Kevin Mazur/Getty Images for Brooklyn Museum

Collaborating with Beeple — digital artist and godfather of the NFT — Madonna creates a series of provocative clips (and suitable hoopla) with animated videos starring her vagina.

Jumping on the digital art bandwagon, last week Madonna, 63, offered up a selection of outré videos as non-fungible tokens (NFTs). Entitled “Mother of Creation,” “Mother of Technology” and “Mother of Evolution,” each was devised using full 3D body scans of the legendary singer — including her genitals. Madge, in all her glory, right down to eye-popping close-ups of her vagine giving birth to butterflies, trees and robotic centipedes and, most impressively, sprouting a large tree out of her hoo-haw as she intoned in portentous voiceover, “I saw myself as the source of existence …”

Proceeds from the auction of the series are earmarked for charities of her choice, National Bail Out, V-Day and Voices of Children, it’s hard to argue with the feminine power of a venture that raised US$620,820 for non-profits that support women and children.

With reactions ranging from “Wow. this is beautiful. Impactful” to “A Matryoshka of Vagina Horrors. Can’t Madonna just donate to charity without making everyone look at her vagina?”, the Material Girl acknowledged that some people might be “weirded out” while countering that she “wanted to investigate the concept of creation. Not only the way a child enters the world through a woman’s vagina, but also the way an artist gives birth to creativity.”

Tech insiders are less enthused. “Madonna’s NFT kills the NFT market,” moaned one, musing that her foray into the digital art niche was “the 3rd horseman of the NFT apocalypse and lines up nicely with the crypto crash.”

Just another “Look at Me!” Madonna stunt, sniffed erstwhile fans whose ardor has cooled over the last few years. Turned off by her strange plastic surgery, zero great music produced in a decade or more, and the seemingly manic desperation with which she clings to cartoon notions of youthful beauty and sexual relevance.

On the other hand, her career reduced mainly to posting a torrent of sexpot images of herself on social media, Metaverse Madonna seems a refreshingly artsy-bizarre palette cleanser. A creative project far more captivating than her endless celebration of her strikingly inflated, near Kardashian-level new and improved caboose.

Beeple (a.k.a. Mike Winkelmann), the American graphic designer, and animator who created the trio of trippy Madonna clips, is the digital artist who launched the mania for NFTs. His work, Everydays: The First 5000 Days, a collage of 5,000 individual images made one a day over thirteen years, shocked the art world when it unexpectedly sold for a gobsmacking US$69.3 million at Christie’s in 2021, making it the third-most-expensive artwork by a living artist sold at auction — the other two are David Hockney’s “Artist (Pool with Two Figures)” that went for US$90.3M and a stainless-steel “Rabbit” sculpture by Jeff Koons for US$91.1 million. Until then, the most Beeple had ever sold a piece for was US$100. His NFT was purchased by Indian cryptocurrency investor, Vignesh Sundaresan, who invited everyone in the world to download it for free.

In May alone, Madonna split up with her 28-year-old back up dancer boyfriend of several years, released her NSFW NFTs and “cozied up” to her longtime collaborator, Columbian superstar Maluma, also 28, whom she occasionally mounts for a lap dance during their performances. “Madonna is the sex symbol we all need — she’s proving age doesn’t have to define you,” applauded The Independent.

As to the “shock” value of Madonna’s latest venture, that other infamous blond provocateur, Mae West, once said, “Those who are easily shocked should be shocked more often.”