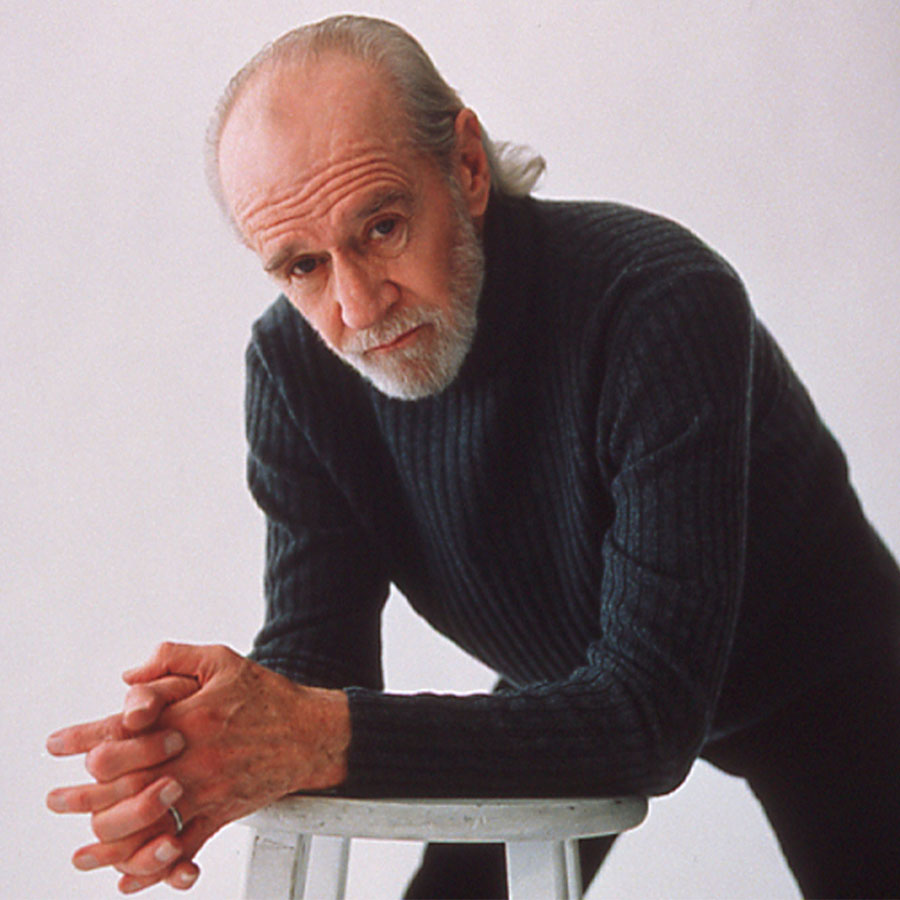 George Carlin, above, died in 2008, but filmmaker Judd Apatow, who co-directed the documentary ‘George Carlin’s American Dream,’ says the late comedian’s insightful and political comedy routines “may be getting better as the world evolves around them.” Photo: Courtesy of George Carlin's Estate/HBO

One of the hardest things for a comedian to do is to stay relevant.

This is especially difficult when said comedian has passed away.

Which makes George Carlin one of the most remarkable comedians of the 20th and 21st centuries. Despite dying from heart failure at 71 in 2008, his uncompromising, scathingly honest, increasingly relevant — and often prescient — point of view is still lighting up social media.

For example: years before Trump, it was Carlin who said: “In America, anyone can become president. That’s the problem.”

A Carlin-ism uttered decades before the Jan. 6 insurrection: “Never underestimate the power of stupid people in large groups.”

Carlin also said this — in 2008: “Nero is playing his violin. It’s all over for America. I can see an out-of-control pandemic wreaking havoc in this country and around the world.”

And, of course, in the wake of news that the U.S. Supreme Court may overturn Roe v. Wade, many have shared clips of his now-famous take on the abortion issue: “Pro-life conservatives are obsessed with the fetus from conception to nine months. After that, they don’t wanna know about you. They don’t wanna hear from you. No nothing! No neonatal care, no daycare, no Head Start, no school lunch, no food stamps, no welfare, no nothing. If you’re pre-born, you’re fine, if you’re preschool, you’re f***ed.”

None of this was lost on Judd Apatow. The director-producer-screenwriter known for Bridesmaids, Trainwreck and The Zen Diaries of Garry Shandling is one of the co-directors (with Michael Bonfiglio) of the new two-part documentary George Carlin’s American Dream (premiering May 20 on HBO and Crave), which chronicles Carlin’s half-century comedy career.

“I think that one of the reasons why we wanted to make the documentary was because he kept trending on Twitter and has for a really long time,” Apatow, 54, told reporters earlier this year on an HBO zoom conference call.

One of Carlin’s heroes was Lenny Bruce, a stand-up firebrand who was convicted on obscenity charged in 1964. Few quote or tweet Bruce today, says Apatow, because so much of his material “is so specific to the time and the culture.”

Whereas, Apatow argues, Carlin’s routines hold up perhaps “better than ever. They may be getting better as the world evolves around them, which is something that we’ve been fascinated by, because we keep finding nuggets. Like, I can’t believe he was talking about Big Pharma in 1970.”

Poisoning the planet served as the subject of another Carlin rant. “It’s really shocking how many subjects he has the best routine about and the best insight about,” said Apatow. “So it really felt like, even though some of this material is decades old, it really applies to all of the divisions and the problems that we’re seeing right now.”

Not that Carlin’s timeless perspectives didn’t go through several transitions. After a short, uncelebrated stint in the U.S. Air Force, the New York City native’s career began in the 1950s as a Louisiana disc jockey and then as part of a comedy duo (with Jack Burns, later of Burns & Schreiber). By the early ‘60s he broke through as a clean-cut single, gaining a wider audience on The Ed Sullivan Show.

By the end of the ‘60s, Carlin grew his hair, added a beard, shed the suit for t-shirt and jeans, and became the anti-establishment comedian. If you came of age in the early ‘70s you either had Carlin’s seminal comedy albums (FM & AM, Class Clown, Occupation: Foole) or you could do the “hippy-dippy weatherman” routine from memory. Many fans came to know his “seven words you can’t say on television” by heart; today, all seven can be heard on HBO.

Carlin was the very first host of Saturday Night Live in 1975. He went on to headline 14 HBO comedy specials and appeared on The Tonight Show, sometimes as substitute host, 130 times. In his later years, he gained a new following as time traveller Rufus in Bill & Ted’s Excellent Adventure and its spinoffs. He also wrote a series of bestselling books, including Brain Droppings (1997).

Throughout those years, however, Carlin battled obscenity charges, health problems (including three heart attacks), drug and alcohol addictions, tax arrears and other challenges. Bonfiglio says Carlin’s “evolution as an artist and as a human being is really a lot of what comprises the film.”

“It was always a personal growth as much as an artistic growth for him,” said Kelly Carlin, 58, the comedian’s daughter who is featured on the documentary.

One question that comes up now about Carlin is this: how would the comedian — who was arrested and charged with obscenity multiple times for uttering the famous “seven words you can’t say on TV” bit on various stages — have fared in today’s “cancel culture”?

“I think he always made it very clear his stance about political correctness,” says Kelly Carlin. “He never believed that less speech is good for a society and less speech doesn’t actually protect people. So he had a pretty strident First Amendment, absolutist stance on that.”

Carlin, however, rarely spoke about his own family or his personal life on stage, leaving more confessional truths to comics such as Richard Pryor. Viewers, therefore, will learn many more intimate details about his life through this documentary.

Bonfiglio says he and Apatow sifted through “a crushing amount of material,” some of it stored at the National Comedy Center in upstate New York, home of Carlin’s archives. “He was a meticulous saver of things,” Bonfiglio adds.

A tremendous help, notes Apatow, is the fact that Carlin was working on his autobiography at the time of his death. “We found 23 hours of him telling his life story, on audio, so we were really lucky to get that type of insight directly from him.

“It really is a story of someone who’s trying to keep their comedy evolving, while trying to be a good person, and a good person with their family. And that’s what interested me the most.”

Also, of course, Apatow, as he did with Garry Shandling, just wants to salute one of the greats.

“I mean, he’s the very top of the game. He’s the bar. And I think all comedians are trying to get there. That’s your goal. How well can I do when there are people like George Carlin and Richard Prior in the history of comedy? But it certainly is daunting. If you thought about it a lot, you would just crawl under the covers and not do anything.”

George Carlin’s American Dream premieres on May 20 on HBO and Crave.