‘Bridgerton’: Tracing the History of Gossip and Its Role in Social Connection 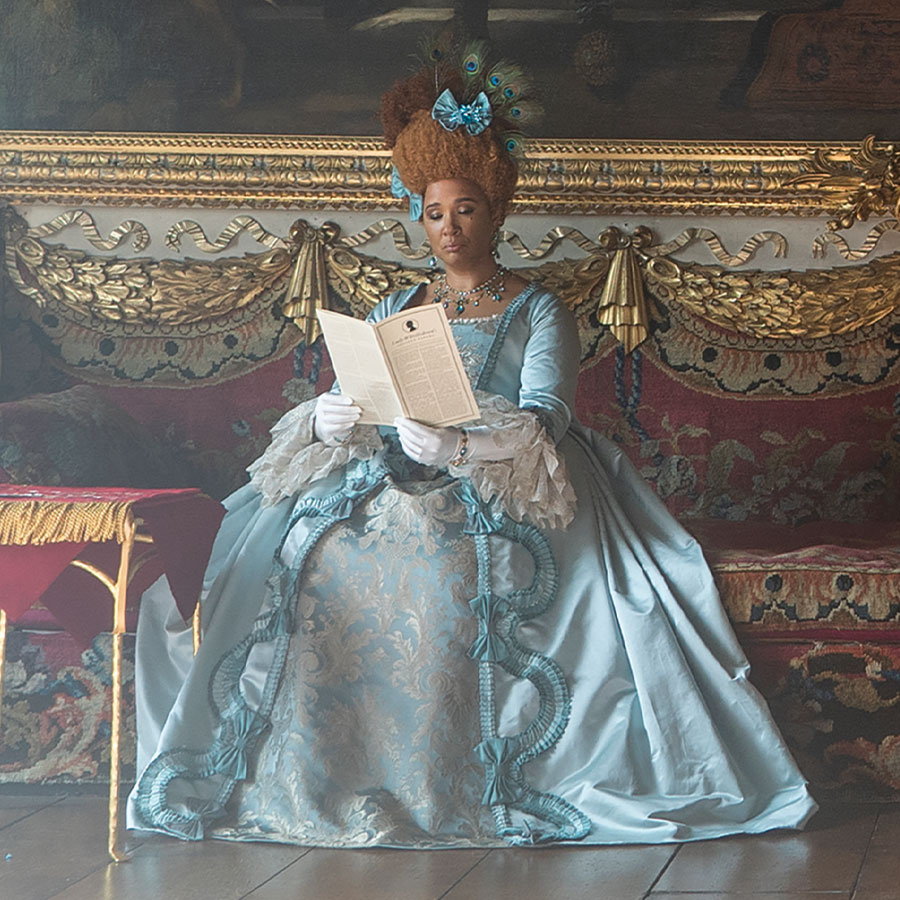 “Gossip is news running ahead of itself in a red satin dress.”

This is the most acute definition of scuttlebutt I ever did hear, coming via Liz Smith, one of the greatest merchants of gossip, circa fin-de-siècle 20th century Manhattan.

It’s a maxim that swam through my head, more than once, as I made my way through the first season of the Netflix sensation Bridgerton, beamed through our screens in 2020. Brought to us by the crowd-pleasing producer Shonda Rhimes, and set in an alternate-reality Regency era — where people of colour are members of the ton, a.k.a. fashionable society — the series got going during the thrust of the London social season in 1813. The show, based on Julia Quinn’s popular novels, is presumably about love and courtship, sexcapades and status anxiety, but really, at its core, it totters the line between tittle and tattle.

This is particularly true when it comes to the romantic travails of debutante Daphne Bridgerton (played by Phoebe Dynevor), part of a well-titled brood facing money problems, and the arrival of one smoldering duke, played triumphantly by Regé-Jean Page.

But with the series saying adieu to the duke in Season 2 (out March 25), all eyes are turning to the marriage marketplace ebbs and flows of Daphne’s brother, Lord Anthony Bridgerton (Jonathan Bailey). Complete with new objects of fascination, c/o the Sharma family — fresh from Bombay — the whisper campaigns show no signs of dulling. In fact, they begin anew.

Information as power. Hearsay as leverage. Fanned, in particular, by the stylings of Lady Whistledown, the nom de plume powerhouse behind the city’s leading scandal sheet — voiced by Julie Andrews, no less. The world of Bridgerton is all about “spilling the tea,” as the kids say these days.

This crowd, they chinwag. They speak sotto voce. They dish the dish. All of it is presented in a way that reminds us that gossip, as we know it, did not originate with TMZ or Page Six, or arrive with Real Housewives, and is not the exclusive terroir of social media (the pipelines through which gossip largely flows and morphs these days, like the wildly popular Instagram handle, @deuxmoi), but has existed as long as humans have talked.

As evolutionary psychologist Dr. Robin Dunbar posits in his 1996 book, Grooming, Gossip, and the Evolution of Language, it is a form of social grooming, long used by groups to establish bonding and chisel hierarchies inside communities.

It’s part of our nature, even if you sit back and inspect the great myths — Roman, Greek, Hindu, take your pick — that animate world cultures. When you consider it, these parables are, more or less, gossip. Which son betrayed which father? Whose love was unrequited by whom? Who flew too close to the sun, and was torched by hubris?

I, too, always like to say gossip has pretty much existed since the cave people, in that it only takes three — two in one cave talking about that one a few caves over. Playful conjecture. Run-of-the-mill voyeurism. The cataloguing of resentments. People talk about other people; it’s Humans 101. In politics and business alike, the hum of gossip is constant.

Bridgerton’s genius is the way it provides a particular window into the history of the gossip arts — a perfect alignment of demographics, technology and the law. Long before Twitter, Facebook or Instagram, newspapers were everything; they grew exponentially with the rise of printing in the late 17th and early 18th centuries, and reached a new high in 1695, when the British Parliament revoked a law that limited the number of printing presses. A new yen for scuttlebutt — the badder, the better — was suddenly in vogue.

It did not hurt that London was booming and new laws had weakened the monarchy by limiting its powers. So there was a loosening of mores, in general, when it came to speaking out against powerful people. According to Joseph Epstein, author of the 2011 book Gossip: The Untrivial Pursuit, “many of the new specialists” — among them Daniel Defoe, author of Robinson Crusoe — “camouflaged their victims by describing them but not mentioning their names. Much of this new journalism divided itself by political party, with Whig publications digging up dirt about Tories, and Tory publications doing the same with Whigs. Then there were the calumniators who worked gossip for purposes of blackmail, threatening to release damaging information about a person unless he or she agreed to pay to suppress it.”

As literacy grew across the classes, and appetites were heightened for news of the rich and powerful, there was, from the lower rungs of society, a hankering for validation that “one’s betters weren’t, at bottom, really any better at all,” Epstein writes.

Female readers supplied a fresh audience, as their interests were not limited to the standard gossip kernels of politics and crime. Instead, “they preferred the details of everyday and of private life, with a special interest in the so-called polite world and its denizens: who was seen with whom at assemblies, playhouses, operas, and the rest of it. Naturally, anything scurrilous that could be turned up was a bonus, and as such much welcomed.”

A London publication called The Morning Post was the most famous of these sources, according to Epstein’s book. “It thrived on bawdy, light-hearted stories about high-society personalities … they even allowed ‘puffs,’ or flattering paragraphs about individuals one could pay to be placed in a story.”

In Bridgerton, even Queen Charlotte cannot resist the honey trap of gossip. Essayed by British actress Golda Rosheuvel, in one example of colour-blind casting that is a hallmark of the show (in her case, a nod to historical speculation that the Regency Queen was, in part, Black), she keeps close tabs on Lady Whistledown. At the same time, she is determined to expose her identity. “Charlotte is the queen,” executive producer Betsy Beers has said, “but in the world of gossip, Lady Whistledown has a leg up, because she always knows things the Queen does not. Whistledown has the platform to alter the way the ton see society and themselves.”

But that was then. “We’re still doing the same stuff,” Claudia Jessie, who plays Bridgerton sibling Eloise, recently said about the universal need to peer into the lives of others.

Reinforcing the idea that so much of this is evergreen, she added, “Where they would go to dinners or balls, we just do it with social media. It shows how adorably pathetic we are. We want validation or escapism.”

A version this article appeared in the February/March 2022 issue with the headline ‘The Rumour Mill’, p. 50.