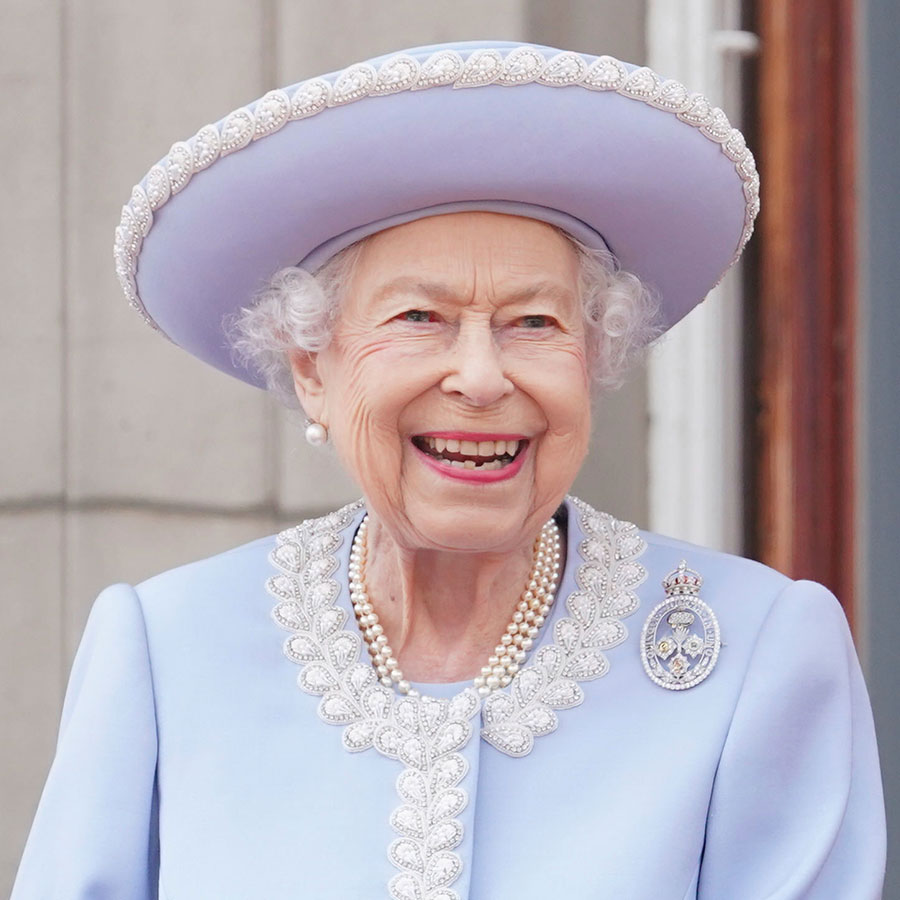 Queen Elizabeth II smiles as she watches from the balcony of Buckingham Palace after the Trooping the Color ceremony in London, Thursday, June 2, 2022, on the first of four days of celebrations to mark the Platinum Jubilee. Photo: Jonathan Brady/Pool Photo via AP/Canadian Press

A beaming Queen Elizabeth waved to cheering crowds massed outside Buckingham Palace on Thursday as Britain kicked off four days of pomp, parties and parades to celebrate her record-breaking 70 years on the British throne.

Tens of thousands of royal supporters waving flags lined the streets of London for a military parade that marked the start of Platinum Jubilee events. Millions of people across Britain and the world were expected to join street parties, watch the festivities and light beacons in honour of the 96-year-old Queen.

Elizabeth, holding a walking stick and wearing a dusky dove blue outfit that she also wore for an official Jubilee photograph released on Thursday, was joined by her son and heir Prince Charles, 73, and other senior royals on the balcony of Buckingham Palace.

Elizabeth has been on the throne for longer than any of her predecessors, and is the third-longest reigning monarch ever of a sovereign state.

“Thank you to everyone who has been involved in convening communities, families, neighbours and friends to mark my Platinum Jubilee, in the United Kingdom and across the Commonwealth,” she said in a statement as the festivities got under way.

“I continue to be inspired by the goodwill shown to me, and hope that the coming days will provide an opportunity to reflect on all that has been achieved during the last 70 years, as we look to the future with confidence and enthusiasm.”

The crowds cheered as the royals watched a fly-past by modern and historic Royal Air Force planes. The Queen’s great-grandchildren waved at the planes as they roared past overhead.

Thursday marks not only the start of the Jubilee, but also the 69th anniversary of the coronation of Elizabeth, who became Queen on the death of her father George VI in February 1952.

In a sign of the monarch’s age and recent “episodic mobility” issues that have led her to cancel some engagements, Elizabeth’s personal involvement in the events will be somewhat limited compared with previous major gatherings.

The celebrations began with the Trooping the Colour, a military parade in central London held annually to mark the Queen’s official birthday, where 1,500 soldiers marched to military music in ceremonial uniforms of scarlet tunics and bearskin hats.

A number of people caused a brief disturbance by running out in front of marching soldiers on the Mall boulevard before they were dragged away by police. Several were arrested.

Senior royals, including Charles, 73, and his eldest son William, 39, are carrying out some ceremonial duties on the Queen’s behalf, although much attention will be focused on those who will not be present.

The Queen’s second son Prince Andrew, 62, who settled a U.S. lawsuit in February in which he was accused of sexually abusing a woman when she was underage, is not expected to attend. Andrew denied the accusation.

Her grandson Prince Harry, now living in Los Angeles with his American wife Meghan after stepping down from royal duties, watched the parade but was absent from the palace balcony to watch the fly-past, with only “working” members of the family present.

There were artillery gun salutes in London, across Britain and from Royal Navy ships at sea. In the evening beacons will be lit across the country and the Commonwealth, with the Queen leading the lighting of the Principal Platinum Jubilee Beacon at her Windsor Castle home.

Watch the royal family on the palace balcony during the Trooping the Colour fly-over. Prince Louis, 4, stole the show when he made faces and covered his ears as the Royal Air Force flew past. His cheeky reactions instantly became a meme.

Opinion polls show Elizabeth remains hugely popular and respected among British people, with one survey this week showing eight in 10 people held a positive view of her, and another found three-quarters thought she had done a good job as Queen.

“I cannot think of any other public figure, any other celebrity, any other president … who could possibly have remained so popular,” former Prime Minister John Major told BBC radio.

“Her life has been played out in public – the highs, the lows, the good bits and not so good bits. The Queen has represented our better selves for over 70 years,” said Major, one of 14 leaders to have served under Elizabeth.

Not everyone will be joining in the festivities though.

Anti-monarchy campaign group Republic, which is putting up the message “Make Elizabeth the last” on billboards across Britain, said another poll showed more than half of the public were not interested in the jubilee.

Tributes Pour in For Her Majesty

As Platinum Jubilee celebrations kicked off in the UK, world leaders, notable figures and military branches paid tribute to Her Majesty.

A Royal Weekend: The Who, What, When and Where for Celebrating the Queen in the U.K.

On the Platinum Jubilee weekend, a book of the Queen’s portraits reveals the symbolic and human face of the Royal Family