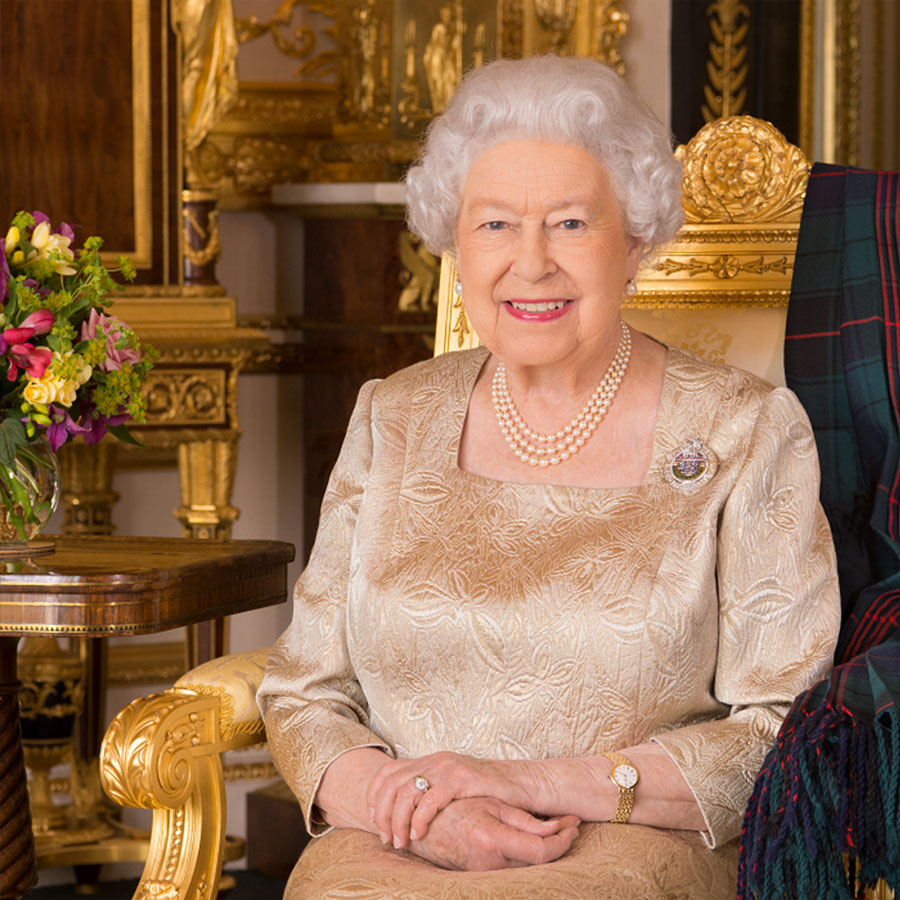 As the Queen’s Platinum Jubilee weekend begins, the CBC offers a rare peek inside her current home, Windsor Castle. The Queen and Canada is a documentary examining the relationship between Her Majesty and the largest country in the Commonwealth. Canada is also the place the Queen has visited most often, with 22 official tours beginning when she was a newly married princess. The doc launches on the CBC Gem streaming service on Friday (June 3) before being broadcast on CBC network television on Saturday and Sunday evenings.

The documentary also tackles the nuanced — and often complicated — relationship the country has had with the Queen, featuring interviews with Canadians who have met her over the years, from governors general to cattle farmers.

CBC’s senior correspondent, Adrienne Arsenault, spoke to Zoomer from London, England, where she is covering the Jubilee festivities. “It has been a long time since there was a documentary about the Queen’s role in Canada,” she says. “There is so much footage, and things have changed so much over time.”

Arsenault  was excited, she says, by the chance to take a crew to parts of Windsor Castle that tourists never get to see. The star of the tour is an up-close look at the Queen’s Canada brooch, handed down to her by the Queen Mum. Technically called “The Diamond Maple Leaf Brooch,” George VI commissioned Asprey, the storied British jewelry house with a royal warrant, to make the piece ahead of the couple’s tour of Canada in 1939.

CBC researchers unearthed what Arsenault calls “astonishing footage, in colour, which would have been very rare at the time of that tour. It was such an important tour, because they were rallying support from Canada ahead of World War II. To see the faces, the expressions: the crowds were so large!”

The Queen almost always dons the Canada brooch for her engagements in this country, and has loaned it to both Camilla and Catherine for their own trips. For Arsenault, it was a heady moment, being brought into the room with an archivist to see the symbolic piece up close. She adds that archive visitors are given royal purple-coloured gloves to get near any treasures.

“I was taken by surprise at first, when we saw the box. That box has seen better days, hanging on by one of its little fine blue threads.” But you can’t judge a treasure by its cover. “The brooch is huge, it is astonishingly beautiful. It’s an interesting touchstone, the story of it, the genesis of it, how long it will be around.”

Another treasure the CBC cameras were shown was the hockey puck the Queen dropped for a face-off with Wayne Gretzky, when she was here for her Golden Jubilee in 2012.

But one of the sweetest, and most random, things from the Canadian archives was a letter Arsenault opened with those royal purple gloves. “It was from a woman in Oklahoma, and contained a Canadian five cent coin with the picture of King George VI on the back.” Why did a woman in Oklahoma send a nickel to the then-princess?

“Turns out it was a letter of condolence to Elizabeth, with the coin as keepsake. The letter was missing, but the nickel remained, and it got filed into the Canada archives.” CBC News tracked down the woman’s family, now in Texas, who were as touched as the crew that their relative’s connection to the Queen had remained all these years. The Queen really does keep everything!

The Queen has been a constant for many generations of families the world over. Even as Britain goes bananas over a four-day bank holiday to celebrate the Platinum Jubilee, there are questions at home and abroad in the Commonwealth about how the role of the monarchy may be set to change. Republicanism is on the rise, particularly in the Caribbean where calls for apologies and reparations for the Crown’s role in the slave trade. Here in Canada, there are calls, particularly among Indigenous groups, for apologies for the Church of England’s role in the residential school system. Plus, of course, many of the treaties with First Nations were signed not with the government of Canada, but with the Crown. There is much to be reconciled, and the past makes the future thorny.

“Going through all the archival footage, it is a series of time capsules,” says Arsenault, of the Queen’s Canadian tours, and her past jubilees, “that felt like getting to know her in a different way. To see the scale of the events.” We used to celebrate jubilees in a much more raucous fashion ourselves. And royal tours have scaled down, she says. “The thousands and thousands of people who used to show up. They just don’t look like that today.”

Back in 1951, the documentary reveals, Canadians “were taught how to curtsey, what’s appropriate to do and say if you met the Queen [on her tour across the country]. It is hard to wrap your head around that something like that would happen now.”

The researchers sought out footage and fresh interviews with Canadians who did actually meet the Queen over the years — Grant Rennie, who toured her and Prince Philip around his cattle farm; Margaret Southern, who acted as Lady-in-Waiting on a tour; the employee who gave a Blackberry demonstration for the Queen at the Research in Motion headquarters. We see the royal couple amused by the gift of a little amphibious vehicle called The Penguin. “Think of all the things they’ve been given over the years,” says Arsenault, “like a pair of beavers, what do you think she would do with that?”

Jean Chretien is one of the interviewees. I had forgotten the prank a Montreal radio host, Pierre Brassard, played on the Queen when he pretended to be Chretien. The documentary unearthed the audio of that moment. He says the Queen was cool about it afterward, joking that she thought he must have been drunk. “Listening to Chretien today,” says Arsenault, “he reinforced the notion of duty for the Queen from day one. It is only because her father died so young, and she was thrust into the job. There was no free choice in any of this responsibility she has had.”

Justin Trudeau appears on camera as well, telling a story about his first meeting with the Queen, when he defied his father’s instructions to keep his new shoes clean at school that day before he was to be presented to the royals. That is juxtaposed with footage of him introducing his own children to the Queen in his current role.

As times change, Arsenault says of Canada’s relationship with the Queen, “It’s complicated, and organic. She has been that voice of continuity, but it means you can’t shed the baggage of that continuity.”

The former and current governors general interviewed offer an intimate perspective. Some, like Michaelle Jean, “spoke about the difficult conversations they had with the Queen. As Jean says, her people were enslaved by the Queen, and yet there they were sitting together.” Mary Simon, who is Inuk, also relates dealing with the Queen on the relationship with the Crown and Canada’s Indigenous peoples and their range of different perspectives. What Arsenault learned, she says, “is the extent to which [governors general] walk the line of respect. You can have a difficult conversation, shed some light on difficult issues, and do it respectfully.”

Adrienne Clarkson makes quite the revelation towards the end of the film. She states that the Queen told her during her tenure as GG (1999 to 2005) that she would never abdicate. The Queen, of course, does not go around informing people casually of her intentions, especially something so speculated about. Clarkson, says Arsenault, “believes the Queen thought she would tell someone, and was surprised she never did” until now. Another story Clarkson spilled, off camera, was about the time she overfilled the bathtub at Windsor Castle. “Someone told her it happens every week,” says Arsenault.

In London this week covering the festivities, Arsenault says she’s looking forward to the release of pandemic tensions. “I don’t think there is anything better than sitting on a curb and watching history go by. We cover lots of war, lots of disasters, and this is different. It is not without controversy, but for now, there are going to be 16,000 street parties, and it is a chance for people to be together after everything has been so serious and dark and lonely.”

Whatever the future holds, this is a party weekend in Britain, and for us, there will be lots of pageantry unfolding across all our screens. The documentary asks the big question: What is the future of Canada’s relationship with the monarchy? There is no answer, but there is a sense of controlling our own destiny. “It is up to Canadians to decide what they want,” says Arsenault, “but it is our choice.”

On Final Day of Tour, Prince Charles Calls for Understanding of  “Pain and Suffering” of Canada’s Indigenous Peoples