As the Party Ends, Queen Elizabeth Says She Is “Humbled” by all the Support for Her Platinum Jubilee 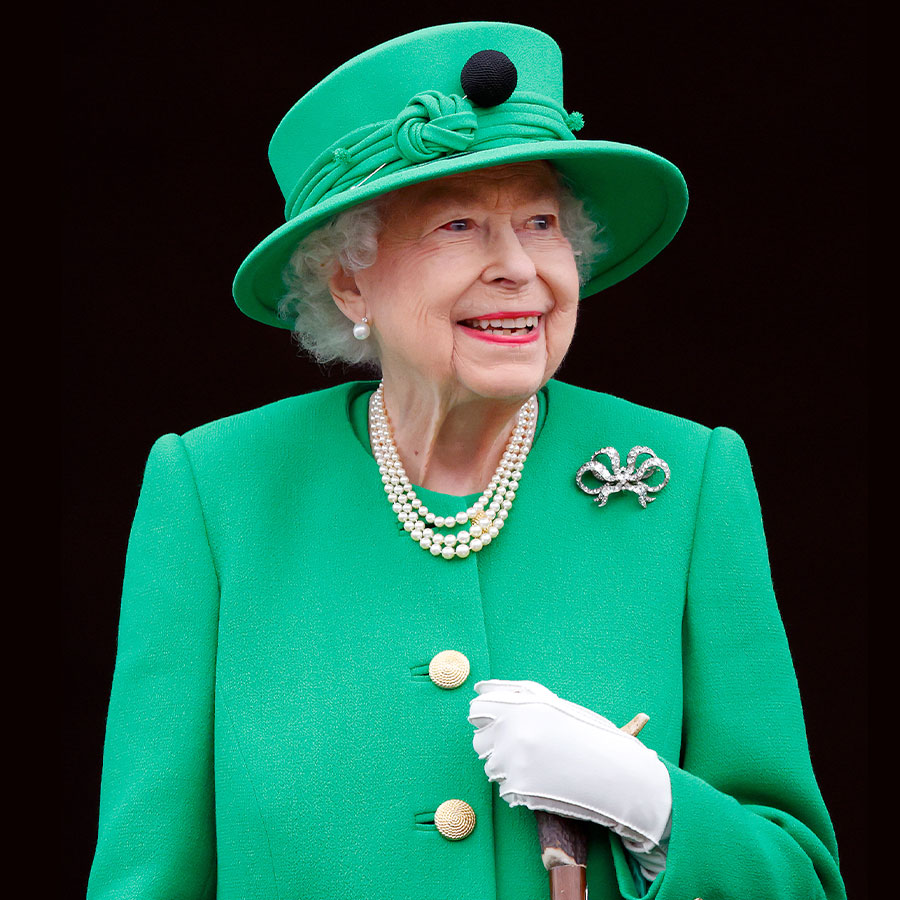 Queen Elizabeth said she was humbled by the support she had received during her Platinum Jubilee after crowds of royal fans cheered her appearance on the balcony of Buckingham Palace, flanked by her heir Prince Charles and two other future kings.

The 96-year-old monarch had withdrawn from several events during the four-day celebrations due to “episodic mobility issues”. On Sunday she was greeted by huge cheers, trumpets and a rendition of the national anthem before retreating inside.

Wearing bright green, the Queen smiled and waved as she appeared alongside son and heir Charles, grandson William and his eldest child, George. Charles’ wife Camilla, William’s wife Kate and their two younger children made up the unusually small family group on the balcony.

“I have been humbled and deeply touched that so many people have taken to the streets to celebrate my Platinum Jubilee,” she said in a statement.

“While I may not have attended every event in person, my heart has been with you all; and I remain committed to serving you to the best of my ability, supported by my family.”

The Queen was forced to miss some of the events because of discomfort while travelling and the activity they required, the palace has said, issues that have recently caused her to cancel a number of engagements.

She has reigned longer than any of her predecessors, ascending to the throne in 1952, aged just 25, inheriting dominion over a Britain still emerging from the ravages of the Second World War and with Winston Churchill as prime minister.

The appearance on the balcony capped the final day of the national celebration, with a colourful and eccentric pageant making its way through London, with military bands, vintage cars, dancers and celebrities parading through the streets.

The Gold State Coach that carried the Queen to Westminster Abbey to be crowned in 1953 formed part of the pageant, seen in public again for the first time in 20 years.

Representatives from Britain’s diverse communities, and across the Commonwealth, danced and marched through the streets, while other performers dressed as animals, nuns, cake stands and people from every decade of the Queen’s reign.

Once the pageant came to an end, crowds surged up the Mall grand boulevard to stand before Buckingham Palace and wave Union flags. Singer Ed Sheeran also performed.

Once the Queen moved back inside, the cast of Mamma Mia broke out into a performance of “Dancing Queen” on the stage.

Hundreds of thousands of royal supporters have held street parties or gathered in London to watch the Jubilee festivities in what is for many the first major national public event since the COVID-19 pandemic.

While the first three days included the more traditional fare of a military parade, a Royal Air Force flypast, and a service of thanksgiving, Sunday’s events included races between Corgis, the dog breed beloved by the queen.

On Saturday the monarch also appeared in a pre-recorded comic sketch with Paddington Bear ahead of a pop concert outside Buckingham Palace, before she tapped in time with the Queen anthem “We Will Rock You.”

Another star of the Jubilee was 4-year-old Prince Louis, the youngest son of Prince William, who earlier screamed at an airforce flypast. On Sunday he pulled faces at his mother and tried to stop her talking. He was also bounced on the knee of his grandfather Charles, while looking bored.

A series of “Big Jubilee Lunches” were held across Britain and 600 such gatherings also took place in Canada, Brazil, New Zealand, Japan, South Africa and elsewhere.

Opinion polls suggest a majority of Britons want the monarchy to remain, and indicate overwhelming support for the Queen herself.

Sheila Clark, 64 and a teacher from Glasgow, said seeing the family on the balcony had made her weekend.