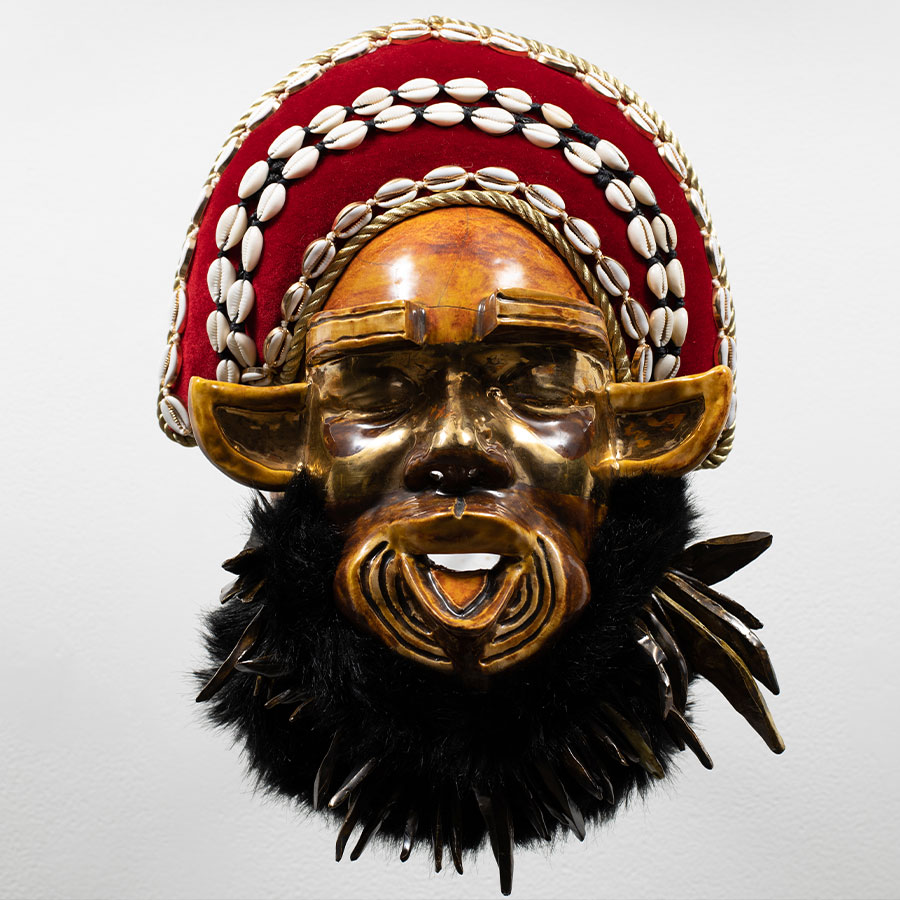 Caribbean Canadian artist Eddie Firmin will discuss his work during a gallery talk at the International Ceramic Fair. Above is one of his many visually stunning works titled 'Emotional Alphabets Culture and Protection/Shelter'. Photo: Mike Patten

The International Ceramic Art Fair is making its highly anticipated return to Toronto’s Gardiner Museum after the pandemic put a two-year hold on the annual event. And while the fair offers an online component, Sequoia Miller, the Gardiner Museum’s chief curator who selected the pieces for the event, says both artists and art lovers alike are more than ready for an in-person reunion.

“There was a real challenge to have audiences for their actual work during the pandemic,” Miller tells Zoomer in a phone interview from the Gardiner Museum. “It feels like now there’s still very much this sense — from both the artist and the person who’s engaging with the work — of hunger for being able to actually have [an] in-person physical experience with artwork.”

The 10-day fair — running June 9-19 — invites attendees to view and purchase the latest ceramic works from a diverse group of artists, attend talks and take in performances. Miller says that physical presence is crucial in the art world, especially when it comes to ceramics.

“There’s always this gap, obviously between photography and reality, but I feel like with ceramic that’s a particularly large gap because there’s typically so much nuance and subtlety to the surface of the form that doesn’t translate,” she says.

The event, however, isn’t just a boon for established artists and hungry art enthusiasts rebounding from the pandemic. The ICAF Preview Gala on June 8 — which invites guests to view and purchase some of the works — will benefit the Gardiner’s Community Access Fund, an initiative that gives children and youth from under-resourced communities free access to the museum’s clay educations programs.

ICAF Chair James Burn says that grassroots support is also reflected in the artists featured in the fair.

The fair’s focus on body, figuration and land this year also brings together artists from a variety of backgrounds.

“While each artist approaches these themes through a unique lens, taken together, the works visualize a universal connection to the land we walk on,” Miller explains in a press release.

“There are absolutely times when we have a specific Indigenous focus, but it’s also important, I think, for us to be able to incorporate Indigenous perspectives, experiences, voices [and] artworks within activities that are not specifically or exclusively Indigenous,” Miller explains. “Because while the Indigenous experience is of course particular, it’s also part of the larger realm of human experience.”

Coinciding with the fair is the debut of a new permanent public artwork by Six Nations artist Tekaronhiáhkhwa Santee Smith on the museum’s plaza. According to a press release, the sculpture of a massive Mohawk cooking vessel, described as “fragmented yet moving toward intactness,” is meant to symbolize “the disruption and trauma caused by colonization.” The piece will be one of many works permanently installed throughout Toronto as part of the ArtworxTO: Toronto’s Year of Public Art, which began last year.

Inside, the fair will feature work from a number of Indigenous artists from around the world, including Raven Halfmoon from the Caddo Nation of Oklahoma, who will display a major sculpture in Canada for the first time at the fair.

The event will also include a gallery talk with Caribbean Canadian artist Eddy Firmin, whose work will go on display at the event.

“He works with beauty and sort of seductive surfaces, colours and these forms that are very alluring,” Miller says of Firmin’s work. “But once he kinda hooks you in with these really exquisite aesthetics, you start to see what his actual themes are, which can be very challenging and very engaging. He’s thinking a lot about race and racism, about colonialism and about the legacies of slavery that we all live with.”

The influence of older artists on the medium is also reflected in Miller’s selections.

“I think art worlds are becoming better at recognizing the continued creativity of mature artists,” he says. “There are quite a few artists now — who are over 50 or over 60 — who are incredibly generative in making new and original work.”

Included in the 50-plus demo is Estonian American artist Sergei Isupov, 58, who’s known for combining two- and three-dimensional narratives and creating human-animal hybrids that Miller says are almost “dreamlike.”

“I think there is less of a bias in the visual arts than in some other disciplines around age and what contributions can be of artists who are a bit older,” Miller says. “I think these artists are really celebrated within the craft community and in particular for continuing to be creative and inspirational well into their careers.”

Tickets for the International Ceramic Art Fair and its Preview Gala are now on sale.