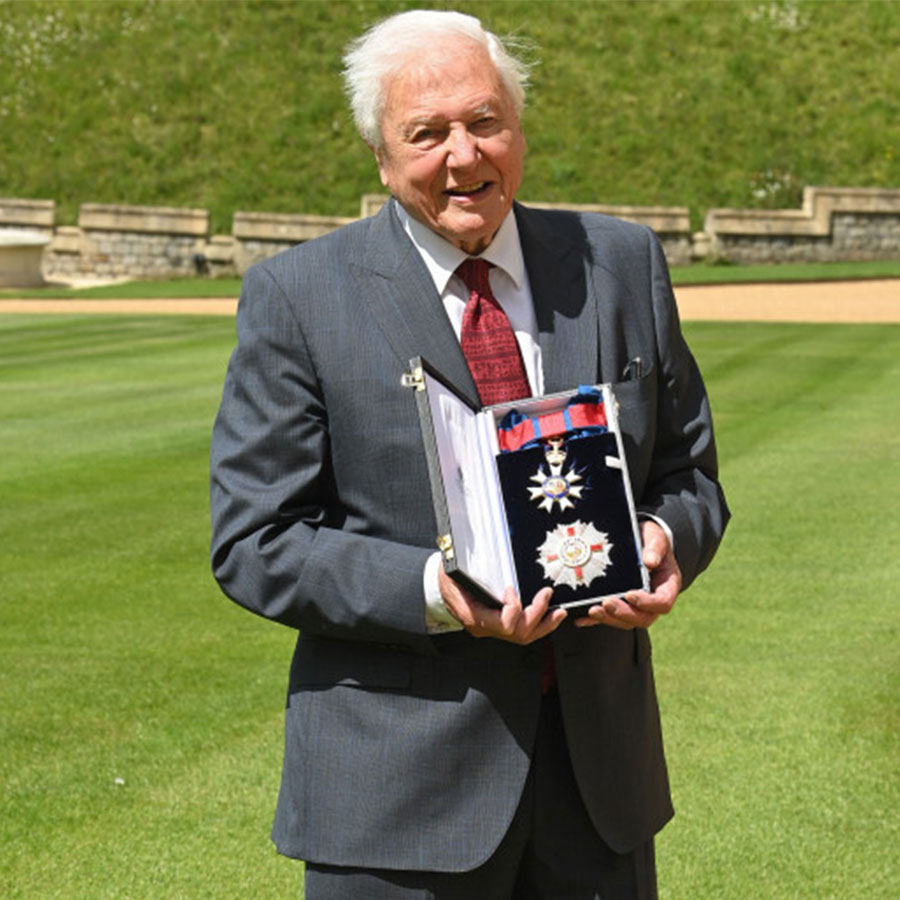 Broadcaster and film maker Sir David Attenborough after being appointed as Knight Grand Cross of the Order of St. Michael and St. George at Windsor Castle. Photo: Reuters

Sir David Attenborough has been given a second knighthood.

The legendary nature documentary presenter was first knighted by Queen Elizabeth in 1985 but has now been appointed a Knight Grand Cross of the Order of St Michael And St George, a higher accolade, for his services to television broadcasting and conservation.

Prince Charles, himself a committed environmentalist, presented the honour to David, 96, at an investiture ceremony at Windsor Castle on Wednesday (08.06.22).

The much-loved broadcaster — whose documentary credits include Planet Earth and The Green Planet — featured during a segment at the Platinum Jubilee concert held outside Buckingham Palace last weekend.

A clip of Attenborough was projected onto the palace while Prince William highlighted the efforts of “visionary environmentalists.”

David previously suggested that the BBC wouldn’t have commissioned his first nature show if it was proposed now.

The broadcaster believes that the channel has changed so much since he made the 1954 programme Zoo Quest, which saw him spend several months in Africa, and doubts the organization would take such a risk in the modern era.

Attenborough recalled: “Out of the blue I thought it would be wonderful to go to Africa.

“To my amazement the bosses at the BBC said, ‘That’s not a bad idea’… and they let me do it. I’m sure I could have done it much better if I’d been more experienced or talented, but we got away with it.

“The BBC said, ‘How long will it take?’ ‘Ooh, three or four months’. ‘Oh well, good luck, my dear chap. Hope to see you at Christmas’.

“It was that kind of organization at the time, it isn’t like that anymore.”