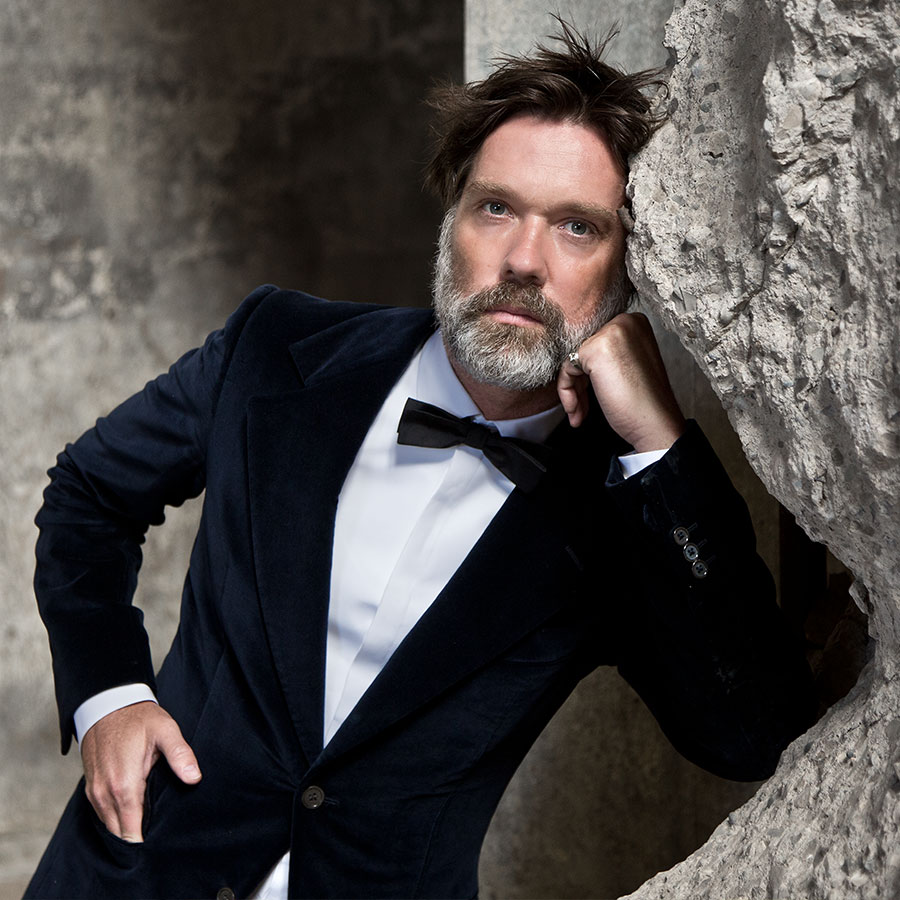 Rufus Wainwright's new album celebrating the centennial birthday of the late Judy Garland was performed in front of Renée Zellweger, who won an Oscar for playing the movie star in the 2019 biopic 'Judy.' Photo: Tony Hauser

The late Judy Garland has a very good friend in Rufus Wainwright, whose enduring fandom of The Wizard of Oz star has led him down multiple musical avenues to great acclaim — all while keeping the classic songbook she made famous vibrantly alive.

In 2007, the Canadian-reared, musical blueblood gathered a host of marquee guests at Carnegie Hall where, alongside a 36-piece orchestra, they recreated Garland’s famed, career-boosting April 1961 concert at the venue. The resulting Rufus Does Judy at Carnegie Hall became Wainwright’s first live album, earning him a Grammy nod for Best Traditional Pop Vocal Album.

When producers were assembling the soundtrack to the 2019 biopic Judy, Wainwright got the call to duet with Renée Zellweger — who won an Oscar for her role as Garland in the film — on “Have Yourself a Merry Little Christmas.” And now comes Rufus Does Judy at Capitol Studios, a superb, intimate studio recording of songs made famous by Garland and cut by Wainwright at the eponymous studio with a jazz quartet using a microphone Garland herself used in the same venue.

Initially presented in 2021 as a virtual livestream concert played to an in-studio audience of one — Wainwright’s pal Zellweger, who was just “hanging out” and who appears in a performance video for the song “The Man That Got Away” — Rufus Does Judy at Capitol Studios arrives June 10, the 100th anniversary of Garland’s birth.

“I wasn’t planning on doing anything around the centenary,” says Wainwright, 48, from Los Angeles. “But we had done this live stream and the date crept up, so all the elements conspired. Now I have this beautiful record, which I am very proud of.” Zoomer recently spoke with Wainwright about the new album as well as sister Martha Wainwright’s dishy memoir, Stories I Might Regret Telling You — a treasure trove of insider gossip about the Wainwright siblings and their famous parents, the late Kate McGarrigle and Loudon Wainwright III.

KIM HUGHES: How did Renée Zellweger end up being an audience of one while you cut the new record in a day?

RUFUS WAINWRIGHT: I’ve known her a long time. I wouldn’t say we’re close friends, but our lives have intersected over the years. When you hit a certain age, you come to realize there are people in your life who are part of the pattern. Even though you don’t hang out with them regularly they just kind of pop up seasonally. Renée seems to be in my life occasionally, which is very exciting.

KH: Given your fandom and Zellweger’s amazingly essayed portrayal of Judy Garland, you guys must have had some intense conversations about her.

RW: I hate to break it to you, but we didn’t (laughs). I mean, we did sort of. When I first saw her in the movie and sang with her on the soundtrack, there were a couple of conversations. But we didn’t go deep into the weeds. When I invited her to the concert at Capitol Records, I thought maybe she’d like to sing a song. But we decided against that because after having such an intense experience with that role, she was ready to move onto other things. She just wanted to come as a spectator and not a Judy-o-phile. We were just two friends hanging out.

KH: Would you characterize the new album as a bookend of sorts to Rufus Does Judy at Carnegie Hall?

RW: This album is diametrically opposed to that one. That album is about the electricity that occurs when there are thousands of people in a room and a huge orchestra and there’s this experience of cracking open this can of Judy-ness and the excitement that comes pouring out. It’s palpable on that record. This was done in a studio that Judy spent a lot of time in, we used her microphone, and we did have a chance to do multiple takes, so it became much more interior. Plus, I’ve been singing these songs almost 20 years. They are embedded in my bones. It felt very old school, with a jazz atmosphere, as opposed to vaudevillian. I adore both but it’s nice to now have that juxtaposition with this recording.

KH: What was the hardest thing to get right with this album?

RW: I’ve never made a jazz record in the studio. With each take, I got lost in the very intimate relationship between the instruments in the combo. That was very mystical for me. As a vocalist, I suddenly became part of an ensemble as opposed to lead singer, and I had to be agile in working myself between these other great musicians. There’s more delicacy here. You can’t go in guns blazing.

KH: Might there be more Rufus Wainwright jazz albums in the future?

RW: Maybe. I got a taste of it, and I enjoyed it, so I’m not opposed to it necessarily. But I am still an opera boy at heart.

KH: How does one approach an iconic song like “Over the Rainbow” mentally and emotionally? Is it important to bring something new to it?

RW: That song is the gift that keeps on giving. I have sung it since I was a small child. My mother would accompany me, and it really was the reason I embarked on this whole Judy Garland voyage. I begin the song a capella on this album very much as an ode to my mother, as if summoning her spirit. It has always been deeply rooted in my heart. Comically, when I first met Lorna Luft about 20 years ago, I explained to her that “Over the Rainbow” was my signature song. The fact that I said that to Judy Garland’s daughter was hilarious. But the song has that kind of power. No matter how many times it’s interpreted, it’s imbued with this amazing, rejuvenating quality.

KH: What would Judy Garland have made of this album?

RW: I think she would have appreciated it. My first one, I think she would have condoned it even as she felt confident she could have blown me out of the water if need be. With the studio record, there is a spirit I can match her with, in that universe of the recording room where it becomes more internal and intellectual. It’s not about pleasing the masses but going on this unique journey through technology and music. That whole era was very much the golden age of American culture, for better or for worse.

KH: Your sister Martha’s memoir was recently published and it’s quite candid. How comfortable are you with this kind of family information being out there?

RW: I haven’t read it yet, but I am looking forward to it. I’ve heard it’s very good … and that she goes easy on me (laughs). We have had a good relationship over the years. We have had some bumpy moments but, in the end, we have always managed to come together. I’ve always felt Martha was blessed with a real writing talent, which is something that has been in our family for generations.

KH: I was surprised to learn in the book that your mother struggled with accepting your sexuality despite being an artist and being bisexual herself, which the book reveals.

RW: My mother was a very conflicted woman, a genius in many ways, but was never able to express herself fully. And after her relationship with my father, she came back to Canada with her tail between her legs and never quite recovered from that period. I think there were a lot of frustrations and resentments and sadness that she was never ready to let go of. Ironically that worked great for songwriting and making records. But that’s not the same as dealing with stuff, which I learned myself early on (laughs). She tried the best she could. In the end she was full of love and adored her kids more than anything and both Martha and I felt that eventually. But it could get rocky at times. That’s what happens when you have music as the centre of your world. It’s very emotional.

KH: Anything else people should know about Rufus Does Judy at Capitol Studios?

RW: I really picked the songs that worked best in terms of the recording process. And I also wanted it to sit on one vinyl record instead of two (laughs). I didn’t want it to be too long. It’s very old school.