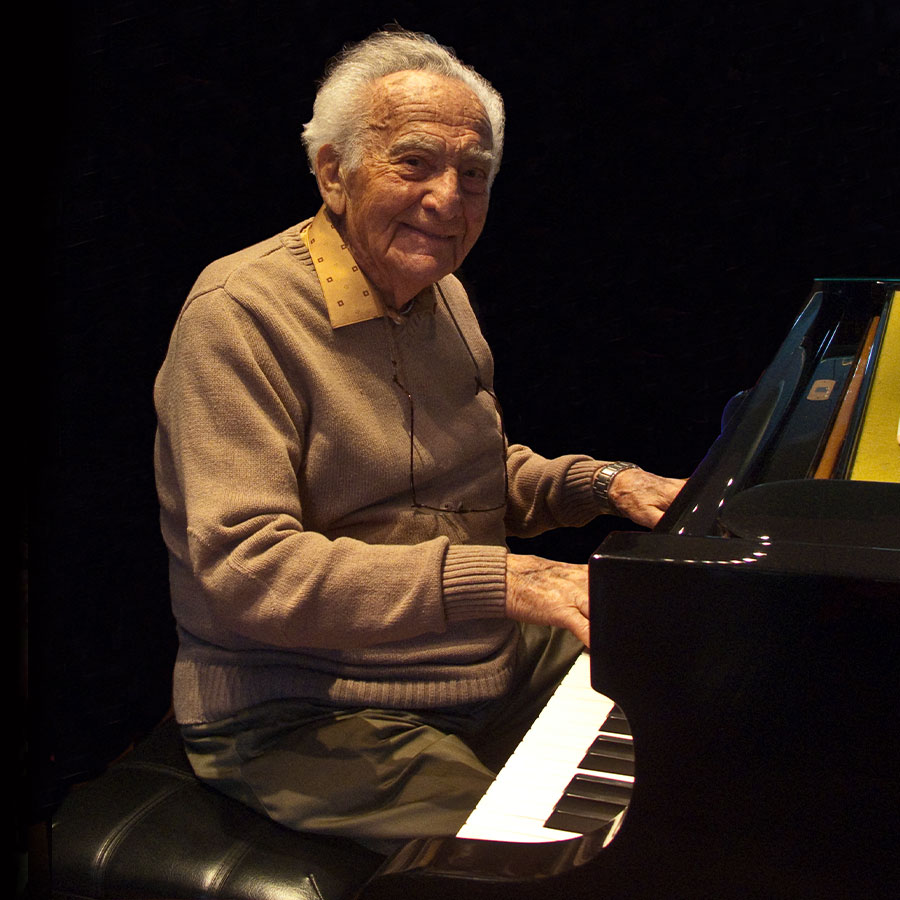 Leo Spellman in an undated photo. The late pianist-composer's incredible life story — and musical legacy — is explored in the film 'The Rhapsody,' which makes its world première at the Toronto Jewish Film Festival this week. Photo: Lost Rhapsody Productions

A compelling chronicle of humanity’s towering capacity for good and evil, The Rhapsody — writer-director David Hoffert’s years-in-the-making documentary, which receives its world première June 15 at the Hot Docs Ted Rogers Cinema as part of the Toronto Jewish Film Festival — is almost otherworldly in its twists and coincidences. Evidently, the universe wanted this movie to be made, if only to underline the axiom that truth really is stranger than fiction.

At its heart is the late Leo Spellman, a Polish-born pianist and composer, Holocaust survivor, eventual Toronto orchestra leader and father of two. Hugely charismatic and utterly devoted to music — a noted family talent dating back generations — Spellman was an uncompromising original.

Like his first cousin Wladyslaw Szpilman, whose memoir was adapted into Roman Polanski’s 2002 Oscar-winning film The Pianist, Spellman — born Leon Szpilman in 1913, whose story also seems primed for dramatic adaptation — experienced the horrors of the Second World War first-hand.

Unlike his cousin, who avoided detection in Warsaw, Spellman stayed behind in his hometown of Ostrowiec, hiding from the Nazis for 18 months in a padlocked apartment covertly cared for by his friend, Henryk Wronski. Spellman’s wife Mania and his beloved sister Chana also miraculously survived the war, with Chana enduring both Auschwitz and Bergen-Belsen.

In 1947, in a displaced persons camp in Germany, Spellman composed an orchestral suite called “Rhapsody: 1939-1945,” essentially setting to music his experiences of the war. Holocaust survivors performed it once after its completion but, once Spellman emigrated to Toronto, he packed the music away, as if to close the door on his painful past.

It remained forgotten for decades until the late ’90s, when a musicologist with the United States Holocaust Memorial Museum in Washington, D.C., unearthed details of the composition. The sheet music came out of mothballs and “Rhapsody 1939-1945” subsequently had its proper première in Washington in 2000 as part of a program called Life Reborn: Jewish Displaced Persons 1945-1951. But Spellman was dissatisfied with the subsequent recording.

“It was made with a smaller orchestra,” David Hoffert, 59, says, “and The Rhapsody itself was condensed.”

So, in 2011 at the age of 98 — after years of listening to his family beg him to record the full piece — a tack-sharp Spellman cold-called Paul Hoffert, the Toronto-based composer and co-founder of classic jazz-rock combo Lighthouse (and father of David Hoffert) with the aim of properly capturing the work.

“Leo contacted me based on an acquaintance I had made 60 years earlier with an orchestra leader named Bill Berle while I working as an arranger for a music house,” howls Paul Hoffert, 78. “Sixty years later, Leo Spellman tells Bill Berle that he needs a guy to record some music. Berle says, ‘I got the perfect guy!’”

Paul Hoffert, who had lost relatives to the Holocaust, became deeply committed to the project, overseeing the recording of a CD with Spellman’s input. “He was so vibrant, and his musical acumen was sharp as it gets.”

A year later, Hoffert conducted “Rhapsody: 1939-1945” during its Canadian première at the Ashkenaz Festival in Toronto (Moses Znaimer, founder of ZoomerMedia, executive produced the concert). Spellman and sister Chana, then aged 99 and 105, respectively, attended the performance. Their reaction to the audience’s ecstatic response is one of many scenes in The Rhapsody that will have viewers reaching for Kleenex. Three months after that September 2012 concert, Spellman died, followed by Chana in 2014.

Hoffert went on to conduct the work again during its Polish première in Rzeszow, in the city where his own father Saul was born in 1912. Cue the coincidental tingles. Spellman, based in nearby Ostrowiec, played piano to silent films as a boy, substituting for Rzeszow’s usual house pianist when he was ill. Hoffert’s dad sang in the chorus of the Rzeszow theatre, meaning the two likely performed together.

“This project has had a major impact on the trajectory of my life and my perception of who I am,” Paul Hoffert says. “Most of my relatives were killed by the Nazis in the Holocaust. Like Leo, my father, who emigrated to the U.S., never talked about the horrors of the war. So, it never shaped my identity. Meeting Leo put my own family story into focus.”

Meanwhile, Hoffert’s filmmaker son David — recognizing “an unbelievable story” when he saw one unfolding — started documenting everything around the time of the rehearsals for the CD. Most poignantly, he successfully got Spellman talking about his traumatic wartime past, something his grandchildren had tried but failed to get him to do.

“Over the years my brothers and I were never able to get [Leo] talking to the degree necessary to document and protect his legacy,” Spellman’s grandson Brian Shifman confirms. “No doubt Leo tried to shield us from the details of his harrowing ordeals, and sometimes it takes a professional third party to guide the process. Naturally that only comes as trust is developed over time, and Paul and David worked with my grandfather for many years to properly catalogue everything he shared with them.”

The surprises didn’t stop with Spellman’s sudden candour. While going through his trove of memorabilia six months after his death, Spellman’s family discovered a heretofore unknown journal. The diary was translated from Polish; it detailed events as they were happening during the war, not retrospectively, putting the document’s historical significance on par with the diary of Anne Frank.

“The United States Holocaust Memorial Museum has declared the diary to be among the most significant documents of survivor testimony from the Holocaust,” grandson Shifman confirms.

Through a connection Paul Hoffert had forged as chairman of the Glenn Gould Foundation, the filmmakers were able to recruit acclaimed British actor Stephen Fry to voice excerpts from Spellman’s diary. “He just added so much light to the film,” David Hoffert says of Fry’s performance, recorded at home in England. “He really captured the heart of what Leo Spellman was writing in those diaries.

“The film started out as just about the recording of the CD,” he continues. “Then it became the recording of a concert, then six months after he passed away, we found his diary. And that changed the entire scope of the film.

“What made it so difficult was finding a way of balancing these aspects of Leo’s life: the diary, the World War II stories, and the modern-day stories. There were stories we had to exclude as well. Putting all this together into a cohesive film was the challenge. It took a lot of time in the editing room.”

At the end of the film, Spellman’s extended family, including his daughter Helene Shifman, is seen visiting his hometown of Ostrowiec in 2016, watching as he is honoured with a special day, acknowledging his life as a musician, a survivor and, perhaps most significantly, as a Jew. The family also met with the son of Wronski, the man who’d helped Spellman hide from the Nazis.

“This film has been with me for so many years and it became so much bigger than I expected,” David Hoffert says. “Doing the animation drew me even further into the project, and I was already writer, director, co-producer, and editor.

“The première will be closing a chapter in my life, and I will be simultaneously relieved, excited, and happy to bring it to the world. And,” he chuckles, “also happy to move onto the next project.”

The Rhapsody makes its world premiere at the Toronto Jewish Film Festival on June 15, and then screens as part of the TJFF virtual cinema from Jun e 16-26. Click here for more information.

The Betrayal of Anne Frank