‘The Phantom of the Open’: The Story Behind the Faux Pro Infiltration of the 1976 British Open Hits Theatres 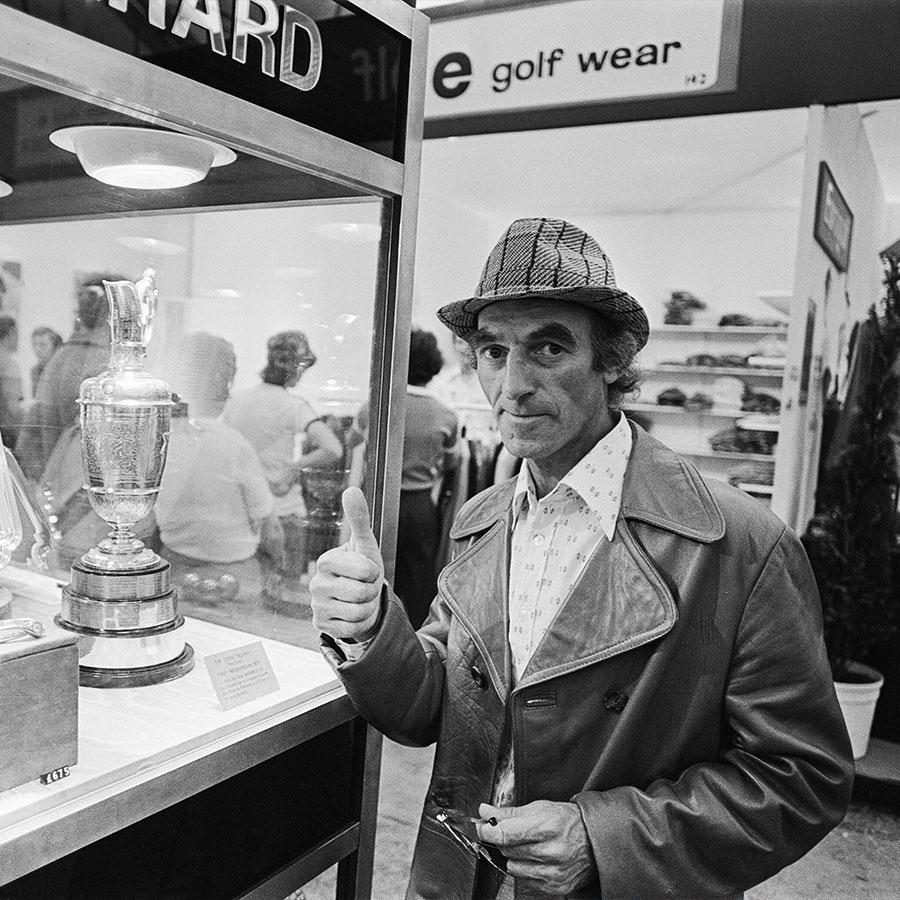 Posing as a professional golfer, Maurice Flitcroft — seen here in 1976 — managed to gain a place to play in the qualifying round of the Open Championships. He is the focus of a new film on his faux pro infiltration of the 1976 British Open. Photo: Mirrorpix/Getty Images

In case you missed it, golf is back. When contemporary pop stars are spotted on the fairways — guys like super-influencer Harry Styles, who spends part of his downtime on tours exploring local courses — you know millennials are following boomers, who’ve been keenly observing rockers like Alice Cooper and Bob Seger chasing birdies for decades. (Styles’ former One Direction band mate Niall Horan is also a keen golfer; he co-founded golf management company Modest! Golf in 2016.)

Of course, cinema has a long and lively history with the game, from classics like the Dean Martin and Jerry Lewis vehicle The Caddy (1953) to Bill Murray in Caddyshack (1980), not to mention Adam Sandler’s inimitable Happy Gilmore and Kevin Costner’s Tin Cup (both, 1996), The Legend of Bagger Vance (2000) and The Greatest Game Ever Played with Shia LaBeouf (2005). Joining the canon is The Phantom of the Open, an absurdly charming, fact-based dramedy about Maurice Flitcroft, a British crane operator and family man who — despite no prior affinity or experience — posed as a professional golfer and gained entry to the British Open in 1976. He scored 121, the worst qualifying round in Open history, cementing his status as a folk hero and, briefly, an in-demand D-list celebrity, decades before social media made that a thing.

The film, starring Mark Rylance, Sally Hawkins and Rhys Ifans, opens June 17, neatly prefacing the 150th edition of the Open Championship, slated for the “home of golf” at the Old Course in St. Andrews, Scotland, from July 10 to 17. As it happens, Styles, who is touring Europe this summer, has no shows booked on the Open’s opening and closing days. Coincidence? We shall see.

A version this article appeared in the June/July 2022 issue with the headline ‘The Changing Course of History’, p. 16.

One Year Removed From a Near-Fatal Car Crash, a Confident Tiger Woods Says He’s Ready to Compete at the Masters