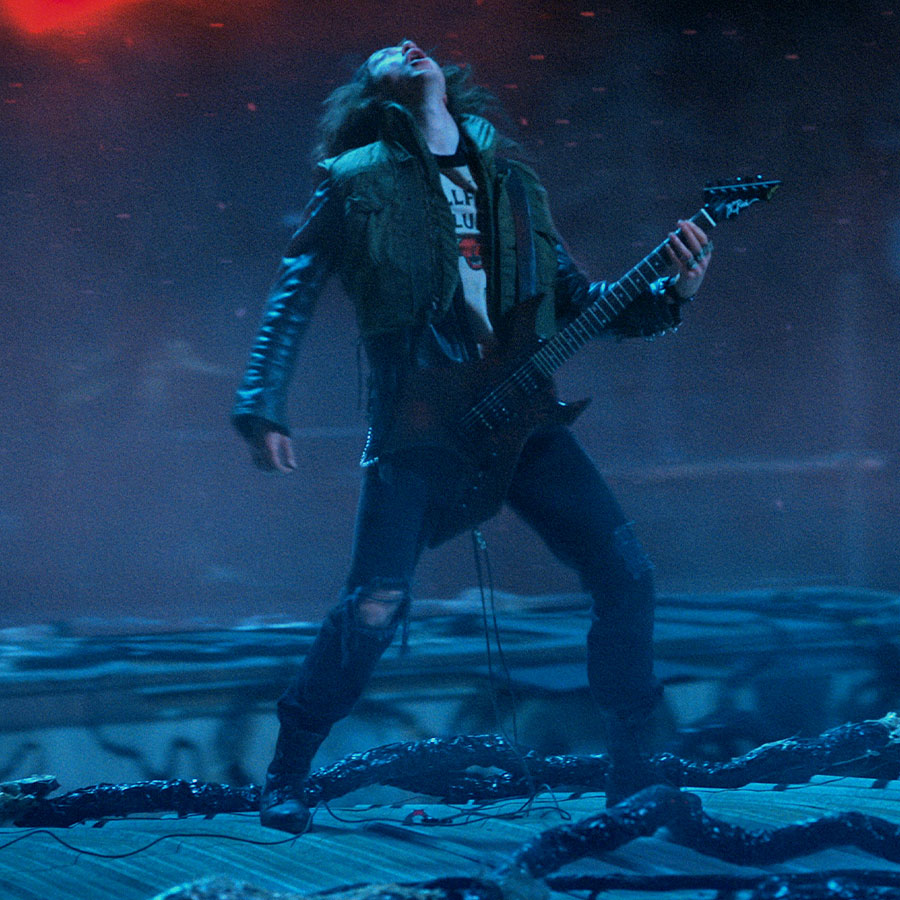 Call it the “Upside Down effect.”

Two weeks after catapulting Kate Bush’s 1985 hit “Running Up That Hill” to the top of the charts, Netflix’s Stranger Things has introduced yet another ’80s classic to a new generation of fans.

This time, the nostalgia-steeped, ’80s-set horror series incorporated Metallica’s 1986 track “Master of Puppets” into the pivotal escape plan in the show’s Season 4 finale.

In the tense scene, Eddie Munson (Joseph Quinn) — a metal and Dungeons and Dragons enthusiast — takes his beloved electric guitar into the Upside Down (the horrifying alternate dimension featured in each season of the show) and heroically shreds the epic, eight-minute track in hopes of distracting a flock of demonic bats.

But the demo-bats (as they’re called in the show) weren’t the only ones excited by the solo. Here in the “right side up,” it attracted plenty of love on social media, with one fan calling it “the most metal concert in the history of the world” and Metallica themselves even giving the scene their seal of approval.

“The way The Duffer Brothers [the show’s creators] have incorporated music into Stranger Things has always been next level, so we were beyond psyched for them to not only include ‘Master of Puppets’ in the show, but to have such a pivotal scene built around it,” the band wrote in an Instagram post, sharing a clip from the scene.

“We were all stoked to see the final result and when we did we were totally blown away … it’s so extremely well done, so much so, that some folks were able to guess the song just by seeing a few seconds of Joseph Quinn’s hands in the trailer!! How crazy cool is that?”

They’re also embracing younger fans who’ve discovered them through the show. Responding to a TikTok comment apologizing for “all the fake Stranger Things fans,” Metallica made clear that gatekeeping wasn’t their jam.

“Don’t be sorry. Everyone is welcome in the Metallica Family. If they like Puppets, chances are they’ll find plenty of other songs to get into,” the band said.

In a pair of pinned comments on the same post the band added: “Whether you’ve been a fan for 40 hours or 40 years, we all share a bond through music.

“All of you started at ground zero at one point in time.”

The heavy metal band — consisting of James Hetfield, 58, Lars Ulrich, 58, Kirk Hammett, 59,  and Robert Trujillo, 57 — are having plenty of fun with their Stranger Things connection as well. Over the weekend they posted a Munson TikTok tribute, where the band played alongside the now-famous scene in a split-screen duet.

Quinn himself, is no slouch on the guitar. The 29-year-old actor, who grew up playing, said he learned the entire song for the scene.

“I think for like two years in a row, it was my most listened to song on Spotify,” he told Esquire. “So yeah. I’ve been going crazy.”

“I had a bash,” he added. “Who doesn’t want to feel like a rock star for an afternoon.”

As for the sound itself, the hit show took advantage of some family ties, bringing on Tye Trujillo, son of Metallica bassist Robert Trujillo, for some of the intricate solo work.

The proud father posted a video to Instagram pointing him out in the episode’s credits.

“That’s my boy! Proud of ya Tye!” he wrote, adding that legendary Metallica guitarist Kirk Hammett helped out as well.

Meanwhile, Metallica — who are currently on tour — have seen “Master of Puppets” climb the Spotify ranks, hitting No. 12 on the streaming service’s most-played list. Kate Bush’s “Running Up That Hill,” which was featured in earlier episodes of the show, holds down the top spot on the list.

Creators behind the show are very deliberate about their choice of music. Nora Felder, the show’s music supervisor, told Billboard they use songs that were released in the same time frame of each season.

The Metallica hit is no exception. Season 4 of Stranger Things is set in March 1986, the same year and month the Master of Puppets album and title track were released, meaning Munson — a metal head with his own band — could very well have learned the song in time for his demonic concert.

But the timing of the song’s release wasn’t the only reason it was a match made in heaven (or hell) for the chaotic scene. According to Felder, executive producers Matt and Ross Duffer — a.k.a. the Duffer Brothers — wrote the scene with the metal track in mind.

“It was another one of those ‘it has to be this song,’ moments,” Felder told Variety. “This part of the story was anticipated to be a pivotal and especially hair-raising scene in which Eddie heroically stood tall for the fight of his life. I believe the Duffer Brothers felt that playing ‘Master of Puppets’ throughout the extended scene was the clear choice. No other song was discussed further, and we jumped in to clear it straight away.”

“It’s Quite Shocking, Really”: Kate Bush On How ‘Stranger Things’ Revived Her Hit ‘Running Up That Hill‘