With a Little Help From Their Friends: What the Beatles Can Teach Us About Collaborative Creativity 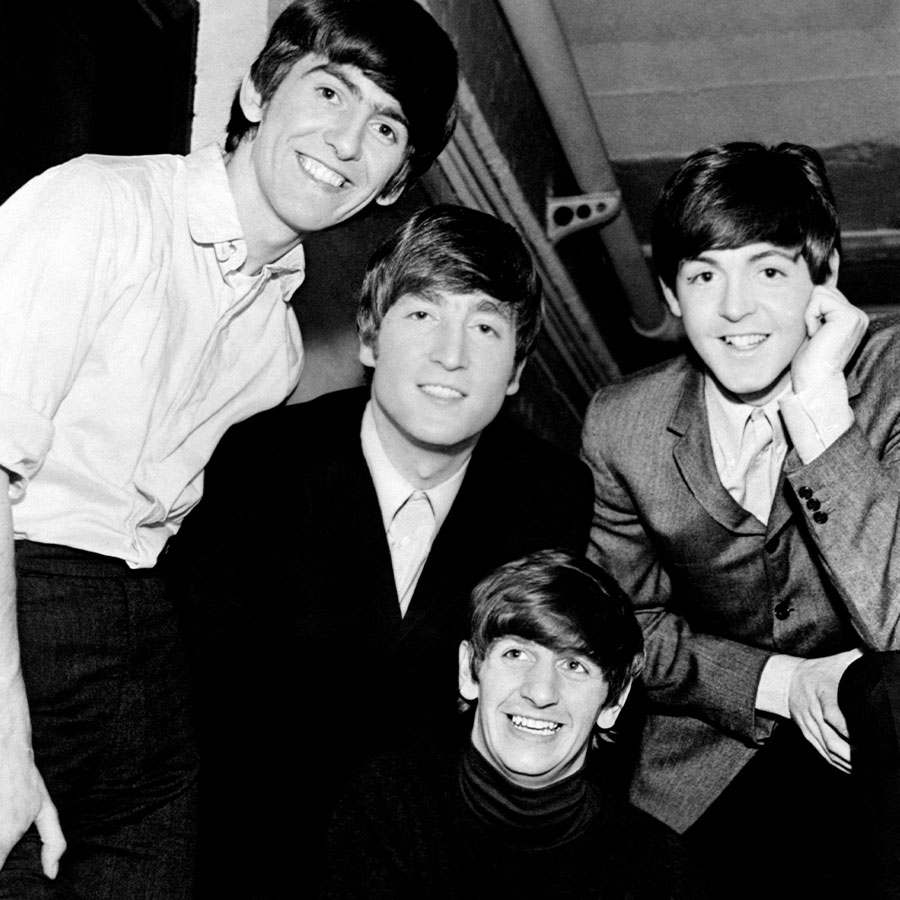 The Beatles in an undated 1960s photo. One Harvard researcher suggests Paul McCartney is a creative producer who synthesizes influences and information, rather than a creative genius in his own right. Photo: Mondadori/Getty Images

Not according to Edward P. Clapp, a principal investigator at the Harvard Graduate School of Education’s Project Zero. The project aims to understand and nurture “learning, thinking, ethics, intelligence and creativity.”

In a recent video interview with me, Clapp said he instead sees McCartney, or any other artistic figure who could be seen as a creative genius, as playing the role of a creative producer — one who synthesizes influences and information.

“I dispute the idea of genius, wholeheartedly … I don’t believe in it,” he said. “I think people, all people, have the capacity to participate in creativity.”

Clapp’s theory of “participatory creativity” replaces the notion that creative output emerges solely because of a creative individual working alone in a studio or high up in a candle-lit garret.

While the individual participates in their own unique and important way, what also matters is the matrix of people, objects and events within which ideas develop.

I called Clapp after teaching his book Participatory Creativity: Introducing Access and Equity to the Creative Classroom. I wanted his take on Get Back, director Peter Jackson’s three-part, eight-hour Beatles documentary based on 56 hours of meticulously restored film and 150 hours of audio from the making of the 1970 album Let It Be.

In particular, I wanted to talk about a scene in which McCartney creates the song “Get Back,” one of the Beatles’ most enduring hits, in around two minutes flat, as if from thin air. It’s a remarkable, fly-on-the-wall view of the creative process in action.

I’d shared this scene with a cohort of students in the Imagination, Creativity and Innovation program at the Faculty of Education at University of Ottawa. The program supports teaching and learning as creative and esthetic experiences.

The notion of participatory creativity has major implications for any person or organization concerned with the creation of innovative ideas or artistic expression. It means recognizing and putting in place the means to foster creativity as a collaborative process.

Participatory creativity also fosters equity by turning away from the more traditional ideal of the individual “genius” celebrated in western culture — figures like Picasso or Steve Jobs — who are most often male and white.

Breaking down the ‘Get Back’ scene

In the scene showing McCartney working out “Get Back,” one moment McCartney is strumming and humming wordlessly. The next, the sound, rhythm and even the lyrics are largely set.

How does this jibe with participatory creativity? I asked Clapp. Doesn’t it prove “the cute Beatle” was a creative genius?

Clapp said no, and proposed some elements that combined in that moment like alchemy.

Pressures and timing: “Band having a hard time, kind of calling it quits, entered the studio without any material, came out of the studio some time later with some of their best hits,” said Clapp.

Acting forces in creativity: It’s not just people who influence outcomes, Clapp explained. “Sometimes actors are non-sentient beings,” he said. “They are forces, objects and things. All of that stuff, that non-human stuff [is] playing a role.” That includes instruments:

“There’s a guitar that’s playing a role … Paul brings some emotive aspect to it — he doesn’t have a plan. He’s working something out.… So, [we see] he and the guitar, and the emotion in the room that’s kind of pessimistic and cynical and dismissive, maybe even hostile. In that little triad — Paul, guitar, mood and tone — we’ve got three different actors.”

My own analysis revealed additional ways the song’s creation was collaborative:

Societal tensions: The film points out that there were tensions in England in 1969 around immigration, with racist politicians like Enoch Powell arguing that Black immigrants from England’s former colonies should be sent “home” — back, so to speak, to where they once belonged. Clapp agreed that this was another factor in the song’s creation.

The class system: McCartney mimics the upper-class accent of Michael Lindsay-Hogg, director of the 1970 documentary Let It Be during the Get Back clip. Along with his band-mates, Liverpudlian McCartney was an interloper in the London arts scene. “Get Back” reflects the ongoing dilemma of the outsider and whether and to where they should return.

Additional people: Billy Preston, who plays keyboard on the song, is a friend from the band’s days playing in Hamburg, Germany. His upbeat presence affects the atmosphere.

Fans glimpsed out the windows of the recording studio: During the final rooftop concert in the London streets beyond, crowds gather in the streets. McCartney’s desire to “get back” to playing live is often discussed in the film.

Music knowledge and skill: During the film, the band plays or ad-libs more than 400 songs, their own compositions plus rock ‘n’ roll standards, contemporary hits, jazz standards from their parents’ era and ad-libbed ditties. “Get Back” emerges from and in dialogue with this remarkably diverse repertoire.

“Paul just kind of comes at it with the most obvious two words you can think of, which are just ‘get back,’” said Clapp.

But then there’s the ambiguity of the phrase “to where you once belonged” — as though the return is impossible, leaving the song in a bittersweet position between desire and regret.

I asked Clapp if participatory creativity ignores the agency of the individual. After all, it’s McCartney who comes up with the music and lyrics.

“That’s a huge misconception,” he said. “A participatory approach to creativity highlights the contribution of the individual because the individual uniquely participates in the development of creative ideas in their own individual way.”

In Clapp’s scholarly writing, he notes that “many purported creative individuals may spend much of their lives alone” with their work.

But he also emphasizes principles highlighted by researchers who have examined the phenomena of creativity: in this solitary time, they draw on past collaborations. They also engage with the technologies or tools of predecessors and they “work in relation to an often complex polyphony of current and historical audiences.”

The world requires creative responses to a myriad of issues; the message of participatory creativity has never been more urgent.